Former Medellin cartel kingpin Carlos Lehder has been allowed to live in Germany after spending decades in a US jail for cocaine trafficking. The Colombian-German will be taken care of by a charity. 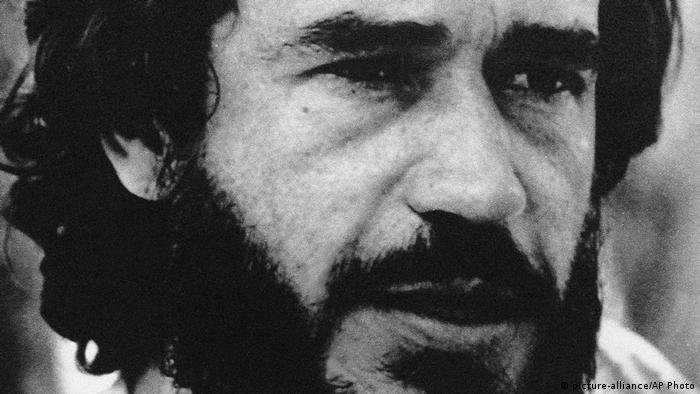 Carlos Lehder, one Colombia's most infamous "cocaine cowboys," arrived in Germany on Tuesday after spending more than 30 years in a US prison.

Holding both Colombian and German citizenships, 70-year-old Lehder was escorted by US marshals on a passenger flight from New York to Frankfurt and handed over to German authorities. He will be taken care of by a German non-profit organization, Spiegel Online reported.

Lehder was a co-founder of the Medellin drug cartel in Colombia together with the notorious cocaine kingpin Pablo Escobar. In the 1970s and 80s, the cartel dominated the cocaine trade from Colombia into the US, and operated for years with impunity by bribing authorities and murdering their opposition. Lehder was known for his brutality and was said to admire Adolf Hitler.

Within the cartel, Lehder was Escobar's right-hand man. At one point, he had amassed enough money to buy his own island and airstrip in the Bahamas for a fleet of aircraft to transport sacks of cocaine every day to Miami, Florida, a few hundred miles away.

In 1987, Lehder was extradited to the US and sentenced to 130 years in prison. However, his sentence was reduced after he cooperated with an investigation into Panamanian strongman Manuel Noriega. He was then placed in a witness protection prison in Florida.

Pushing back against the glorification of narco culture

Never been to Germany

Lehder's attorney, Oscar Arroyave, told the Associated Press his client has no interest in returning to Colombia following his prison sentence in the US.

Colombian authorities had demanded for years that Lehder be returned after serving his sentence in the US. However, his relatives said they were concerned he would be thrown back in jail.

As Lehder's father was a German immigrant to Colombia, German immigration authorities issued him a temporary passport in June. The former drug boss has never been to Germany and has no relatives in the country. He will not face any legal action from German authorities, as he has already served his prison sentence in the US.

At the height of his rule, narco-kingpin Pablo Escobar imported a few hippos for his private zoo. Four decades later, they've gone feral and multiplied, and no one knows quite what to do with them. (14.05.2020)

Colombian authorities are trying to change the image around the "cocaine king." The city of Medellin plans to replace the building with a park dedicated to the victims of narcotics trafficking. (22.02.2019)

For decades now, cocaine worth billions of dollars has financed the FARC's war on the Colombian government. Now the guerrillas have signed a peace deal, but several groups could take over their lucrative cocaine trade. (26.12.2016)