Israel's ground offensive against Gaza is excessive, Israeli writer Amos Oz tells DW. But he also criticizes Hamas' strategy, in which both Israeli and Palestinian victims boost the organization's standing in Gaza. 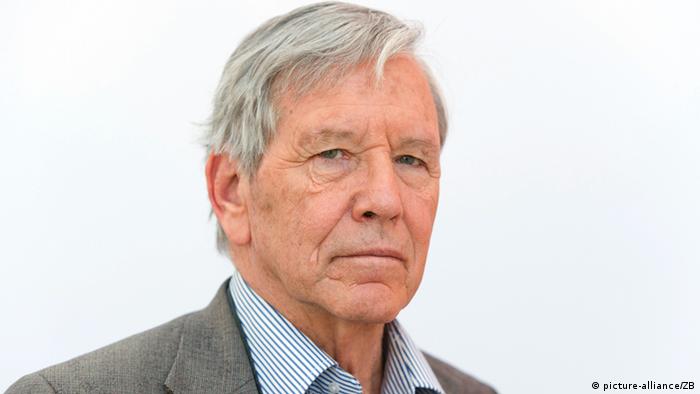 Amoz Oz: I would like to begin the interview in a very unusal way: by presenting one or two questions to your readers and listeners. May I do that?

Question 1: What would you do if your neighbor across the street sits down on the balcony, puts his little boy on his lap and starts shooting machine gun fire into your nursery?

Question 2: What would you do if your neighbor across the street digs a tunnel from his nursery to your nursery in order to blow up your home or in order to kidnap your family?

With these two questions I pass the interview to you.

Of course now we are already in the middle in the interview. I take it that - just like in the case of the second Lebanon war in 2006 and the Gaza offensive in 2009 - you support the present Israeli offensive in the Gaza Strip?

Where do you draw the line?

Destroy the tunnels wherever they come from, and try to hit strictly Hamas targets and no other targets.

There seems to be a problem here. The tunnels are an elaborate system and difficult to find. The entries are hidden in public and private buildings, so you would have to do house-to-house searches - which implies a civilian toll. The same applies to destroying rocket launchers in civilian areas…

Well, I am afraid that there can be no way in the world to avoid civilian casualties among the Palestinians as long as the neighbor puts his child on the lap while shooting into your nursery. 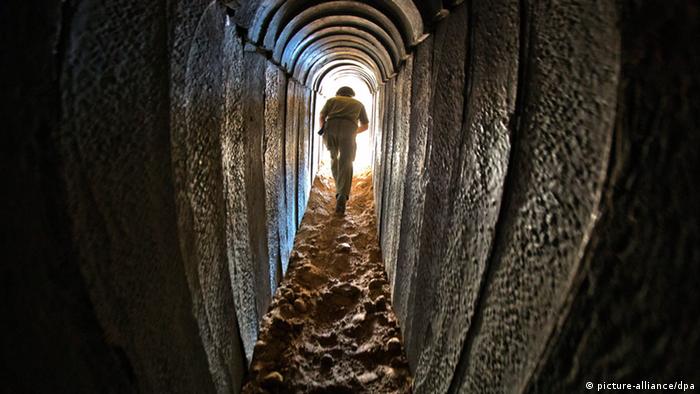 Is the analogy of the child on the lap really appropriate? Gaza is densely populated and Hamas positions are inevitably in civilian areas…

Would you consider the present ground offensive to be limited or unlimited?

I think in some points it is excessive. I don't have detailed information on what is actually happening on the ground, but to judge from some of the hits that the Israeli army caused in Gaza, I think at least in some points the military action is excessive - justified, but excessive.

So what is your suggestion?

My suggestion is to approach Abu Mazen [Palestinian President Mahmoud Abbas - the ed.] and to accept the terms - which the whole world knows - for a two-state-solution and coexistence between Israel and the West Bank: Two capitals in Jerusalem, a mutually agreed territorial modification, removal of most of the Jewish settlements from the West Bank.

When Ramallah and Nablus on the West Bank live on in prosperity and freedom, I believe that the people in Gaza will sooner or later do to Hamas what the people of Romania did to Ceausescu. I do not know how long it will take, but it is destined to happen - simply because the people in Gaza will be very jealous of the freedom and prosperity enjoyed by their brothers and sisters on the West Bank in the state of Palestine. This in my view is the solution, although this solution cannot be implemented in 24 hours or 48 hours.

Can you imagine a Palestinian state that is not hostile toward Israel?

Absolutely. I believe the majority of the Palestinians are not in love with Israel, but they do accept with clenched teeth that the Israeli Jews are not going anywhere, just like the majority of Israeli Jews - unhappily and with clenched teeth - accept that the Palestinians are here to stay. This is a basis not for a honeymoon, but perhaps for a fair divorce just like the case of the Czech Republic and Slovakia.

But that conjures up the image of a Palestinian state with an economy in turmoil, a weak government that cannot rein in radical groups, and one that may use hostility toward Israel to stay in power.

This depends on how much support and material aid the new Palestinian state gets from Israel, from the wealthy Arab countries and from the rest of the world.

Many people argue that the two-state-solution is dead, given how far the building of settlements and roads in the West Bank has proceeded.

Well, I have seen some years ago Prime Minister Ariel Sharon remove all the Jewish settlements and the Jewish military from Gaza in about 36 hours and without bloodshed. I'm not suggesting that that will repeat itself in the West Bank so easily, but I believe that nothing in the world is irrevocable except death.

However, Israel's right-wing government has a strong support base among the settlers.

You have been talking about a long-term solution. But what could a short-term agreement look like?

The present hostilities will only stop, unfortunately, when one of the parties or both of them are exhausted. This morning I read very carefully the charter of Hamas. It says that the Prophet commands every Muslim to kill every Jew everywhere in the world. It quotes the Protocols of the Elders of Zion [anti-Semitic diatribe - the ed.] and says that the Jews controlled the world through the League of Nations and through the United Nations, that the Jews caused the two world wars and that the entire world is controlled by Jewish money. So I hardly see a prospect for a compromise between Israel and Hamas. I have been a man of compromise all my life. But even a man of compromise cannot approach Hamas and say: 'Maybe we meet halfway and Israel only exists on Mondays, Wednesdays and Fridays.'

I am absolutely for it. I think that the blockade should be removed. I think plenty of international, Arab and Israeli resources should be pumped into the Gaza strip in return for effective demilitarization. This is a proposal that Israel ought to make immediately.

Would that not send the signal that rocket attacks are a feasible means of exerting pressure? 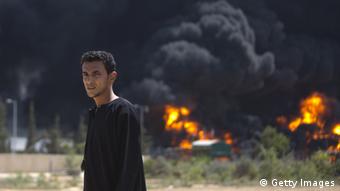 Israel bombed the only power plant in Gaza

If the return is an effective demilitarization of the Gaza strip, I am sure at least 80 percent of the Israeli Jews will endorse such a deal - even in the present militant mood.

Are you among the 85 percent of Israelis who want the offensive to continue until the strategic goals of destroying the tunnels and rockets are reached?

The only alternative to continuing the Israeli military operation is simply to follow Jesus Christ and turn the other cheek. I never agreed with Jesus Christ about the need to turn the other cheek to an enemy. Unlike European pacifists I never believed the ultimate evil in the world is war. In my view the ultimate evil in the world is aggression, and the only way to repel aggression is unfortunately by force. That is where the difference lies between a European pacifist and an Israeli peacenik like myself. And if I may add a little anecdote: A relative of mine who survived the Nazi Holocaust in Theresienstadt always reminded her children and her grandchildren that her life was saved in 1945 not by peace demonstrators with placards and flowers but by Soviet soldiers and submachine guns.

What effect do the constant hostilities have on people?

A very bad effect. It increases the hatred, the bitterness, the suspicion, the mistrust. But this is the case with every war. It is a common sentimentalist assumption to hope that somehow the enemies will start understanding each other and liking each other and eventually they will reconcile and make peace. Throughout history things always work the other way round. Enemies with their hearts full of bitterness and hatred sign a peace contract with clenched teeth and revengeful feelings. Then, in the course of time, eventually there may come a gradual emotional de-escalation.

You wrote 50 years ago that "even an unavoidable occupation is a corrupting occupation."

Had it not been you who started the interview I would have asked: How are you?

Well, personally I am not very well. I am just back from hospital after three surgeries and I am slowly recovering at home between one air raid siren and the next. During the air raid sirens we go to the shelter and wait there for a few moments and then try to continue our lives until the next alarm.

You were unable to take shelter in hospital...that seems terrifying.

No, it is not. I have lived a long life and I have been myself on the battlefield two times. So it is only terrifying when I think of my grandchildren.

How secure can Israelis feel?

How secure can Jewish people feel on this planet? I think not about the last 20 or 50 years but about the last 2,000 years. But I will tell you what my hope and prayer for the future of Israel is. I would like to see Israel removed once and for all from the front pages of all the newspapers in the world and instead conquer, occupy and build settlements in the literary, arts, music and architecture supplements. This is my dream for the future.

Amos Oz, born as Amos Klausner, is a renowned Israeli novelist, journalist and professor of literature. His works have been translated into 42 languages, including Arabic. Oz, who was born in Jerusalem, is an advocate of the two-state solution for the Israeli-Palestinian conflict.

An earlier version of this interview indicated that Amos Oz' relative had been liberated by American soldiers. Mr. Oz later corrected himself, explaining that Soviet soldiers had been responsible.