Bright-red Lake Natron in Tanzania may not look inviting enough to take a dip – and that's a good thing: its water is extremely alkaline. The caustic lake has another strange quality: it appears to turn animals to stone. 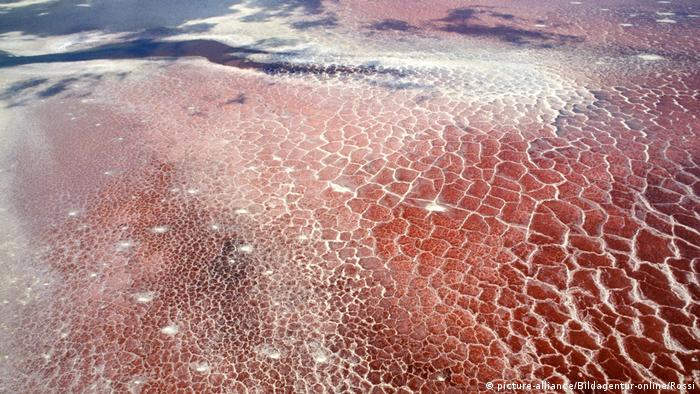 The scarlet waters of Lake Natron in northern Tanzania are eye-catching enough by themselves. But when coupled with the sight of dead animals seemingly turned to stone, the lake appears even more eerie. So what's causing it?

The lake's extremely alkaline water has a pH as high as 10.5, similar to milk of magnesia, a treatment used to neutralize stomach acid. It owes its unusual chemistry to the surrounding volcanic geology: the minerals, particularly sodium carbonate, and salts created by volcanic processes flow into the lake from the surrounding hills. Ol Doinyo Lengai, an active volcano, lies not far from the lake. 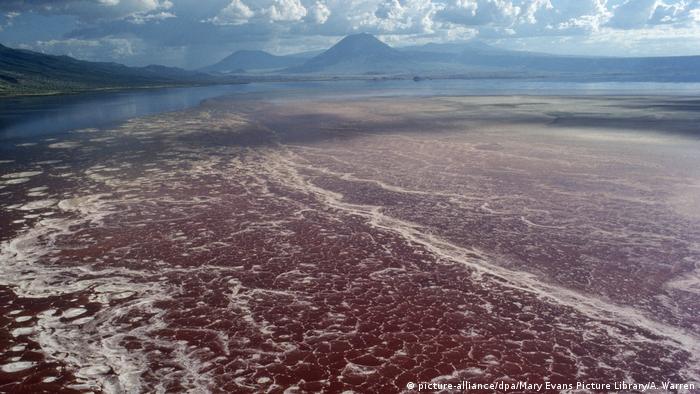 Lake Natron's very alkaline water has a pH of around 10.5 - too high for many animals

This raises the lake's alkalinity to far above water's normal neutral pH of 7. The lake actually takes its name from the naturally-occurring blend of chemicals it contains.

The water comes from mineral hot springs and a river, but the lake doesn't drain out to any sea or river – evaporation is how the shallow lake loses water, which can reach as high as 41 degrees Celsius (106 degrees Fahrenheit). 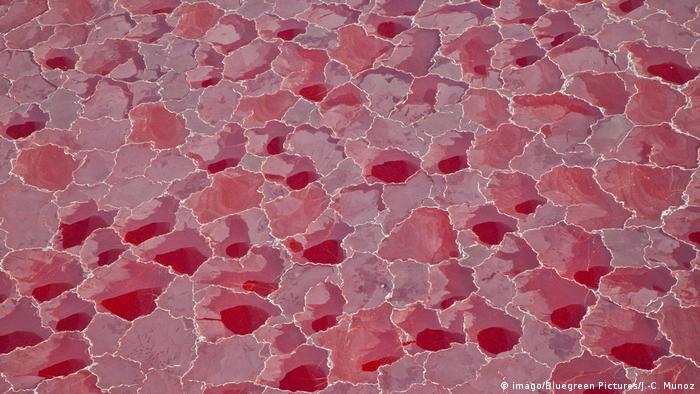 The stunning red color is caused by haloarchaea, microorganisms which love salty water

The reason for the lake’s colorful water is down to haloarchaea, microorganisams that flourish in its salty waters – the vermillion shade is even more stunning at the end of the dry season, when the water level is especially low.

While it may be paradise for haloarchaea, many creatures can't survive in such alkaline waters – but animals whose bodies are adapted to such pH levels also inhabit the lake, meaning Lake Natron is far from barren. 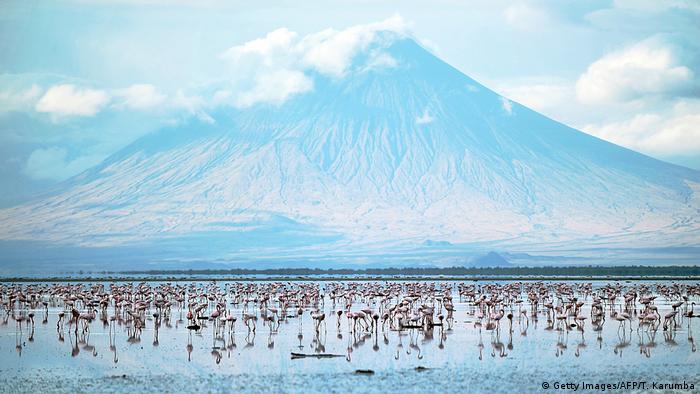 Flocks of flamingos, other birds and tilapia fish all call the lake their home. More than 2 million lesser flamingos use the lake as their primary breeding ground in Africa.

But when animals die and end up in the water, something odd happens: it looks like living animals turned to stone instantly on hitting the lake. But what actually happens is that the corpses of animals which died in the lake are sometimes preserved by the sodium carbonate minerals and other salts that were used by the ancient Egyptians for mummification - calcifying their bodies.

African governments must take a fresh look at how they monitor climate change so they could 'identify what it brings to their countries,' warns Anaclet Rwegyarura. (08.05.2018)