Between May and July millions of sardines move northward along the east coast of South Africa, creating a feeding frenzy along the coastline. 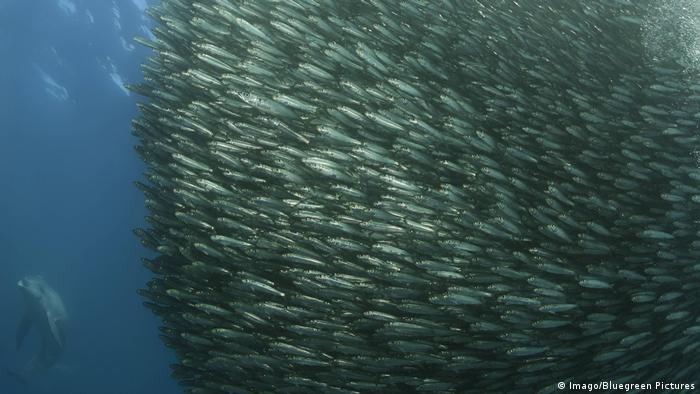 The phenomena known as the "sardine run" is clearly a sight to behold. During the southern hemisphere's winter months, an incredible underwater blur of shimmering silver can be spotted along the coast of South Africa.

The shoals of fish, which can stretch up to 7 kilometers in length and 1.5 kilometers in width, have been likened in terms of biomass to the great wildebeest migration on the east African Serengeti plain.

The sardine run begins when the fish spawn in the cool waters of the Agulhas Bank, the broad and shallow section of the southern African continental shelf. It is believed the run begins when the current of cold water starts to head north from the Agulhas Bank up around the coast toward Mozambique. Eggs have been found off the KwaZulu-Natal coast, suggesting that the sardines spend a few months before setting out on a return migration. 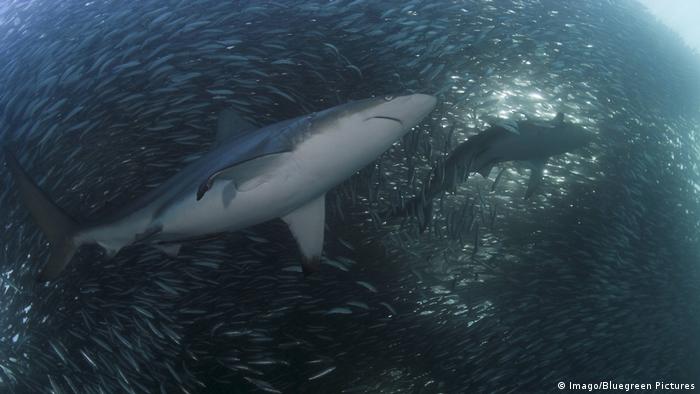 The phenomena can be clearly seen from above the water. However those looking to get a closer view might want to be careful. Unsurprisingly, the run often causes a feeding frenzy of predators as it travels hundreds of kilometers along the coast. Chaotic "baitballs", where the fish swarm in a spherical formation as a defensive measure from attack, pop up frequently and unpredictably in the sardine run, lasting from as little as a few minutes to a few hours. 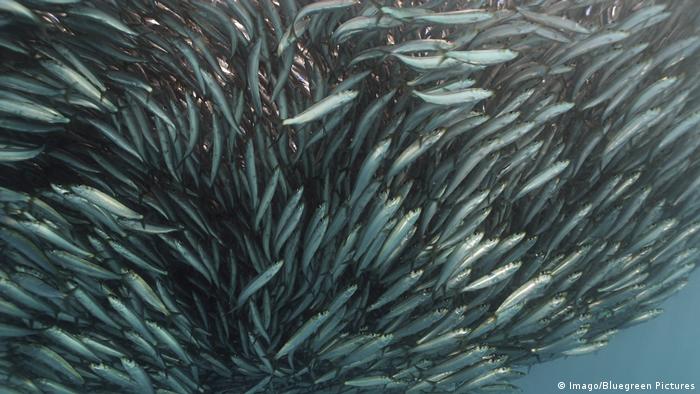 The sardine run can stretch up to 7 kilometers in length

Yet not all is fully understood about why and how it occurs. Various hypotheses have been put forward, such as the argument that it is a seasonal reproductive migration. Some years it simply doesn't take place, leading some researchers to believe the waters have to drop below 21 celsius to trigger the run.

Environmentalists have suggested that a decrease in the volume of fish in recent years could be caused by water temperatures failing to drop to the necessary level. While mystery may still surround this shimmery spectacle, the underwater migration continues to attract fishermen and tourists from near and far.