Renowned Polish director Andrzej Wajda has died in hospital after a short illness. He was considered Poland's pre-eminent filmmaker.

Wajda had recently been hospitalized and died Sunday night at the age of 90, his colleague, film director Jacek Bromski said.

Born in March 1926 in Suwalki, Poland, Wajda was a film and theater director, script writer and set designer. He served in the Polish resistance movement in World War II while a teenager. 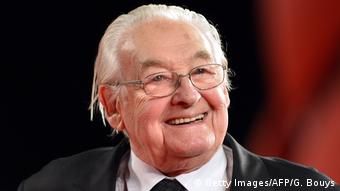 For his film work, Wajda won an Academy Award for Lifetime Achievement in 2000. Four of his films, including "Man of Iron," were nominated for Oscars.

By using bold imagery, Wajda avoided the attention of state censors during the Soviet era and presented strong indictments of war and political oppression.

A graduate of the Polish National Film, TV and Theater School in Lodz in 1953 with a major in Directing, he made his first film, "Generation," two years later about two youngsters in Nazi-occupied Poland joining a Soviet armed organization.

He collaborated with artist Andrzej Wróblewski for his "Executions" series, again about Nazi-occupied Poland.

Wajda gained recognition in Europe with his next two films, "Canal" and "Ashes and Diamonds," telling the stories of folk heroes during and after the war, challenging the national tradition of romantic heroism in art. The scene in Canal when the main characters reach an exit into the Vistula River, only to find it barred, became one of the most famous in Polish cinema. Ashes and Diamonds was a complex study of conflicting loyalties on the last day of World War II. 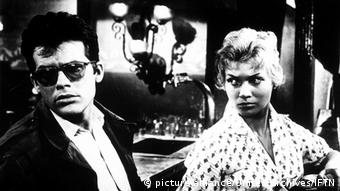 The 1960 film "Innocent Sorcerers" was a story about rebellious and alienated young people in the jazz age, made at the same time as Jean-Luc Godard's "A bout de souffle" (Breathless).

His most acclaimed films were "Man of Marble," about an exemplary worker of the Stalinist period of socialist Poland, in 1977 and "Man of Iron" in 1981, about Solidarity labor movement leader Lech Walesa, which won the Cannes Palme d'Or.

Under pressure from the state over his work, Wajda emigrated to France where he directed a historical epic, "Danton," starring Gerard Depardieu, and the tragic romance "A Love in Germany," dealing with the affair between a German woman and a Polish prisoner of war.

Wajda lived in Paris until the fall of the Berlin Wall in 1989. When he returned he was elected to parliament and appointed head of Warsaw's leading theater.

In his 1980s book "Double Vision," Wajda lamented the lack of interest in Polish films in the West. Some of his own films were not released in the US and his profile rarely reached that of compatriot Roman Polanski.

Polanski said that while Wajda was known for his movies on political subjects, he also possessed a 19th century Romantic spirit, evident in films such as "Siberian Lady Macbeth," the British-made "Gates to Paradise" and the sweepingly historical "Pan Tadeusz," made in the late 1990s.

His 2009 film "Sweet Rush" was a film about filmmaking. His last movie "Afterimage," a biopic about an avant-garde artist, was recently chosen as Poland's official entry for the 2016 Oscar for best foreign language film.

Wajda is survived by his fourth wife, theatre costume designer and actress Krystyna Zachwatowicz, and by a daughter from his third marriage to actress Beata Tyszkiewicz.

Poland's most renowned filmmaker, Andrzej Wajda chronicled the upheavals of his country and fought for freedom. He died on October 9 at the age of 90. Here are some of his most memorable works. (10.10.2016)

Posts on social media had claimed that Oleksandra Zelenska, the daughter of President Volodymyr Zelenskyy, called her father a "Nazi" and "fled" Ukraine. DW fact-checked the posts and found them to be bogus.