The Oscar for Best Foreign Language Film is Germany's only chance to claim a gold statue. This year, Germany is hoping to get a chuckle out of Hollywood with a comedy about a hippie father and his workaholic daughter. 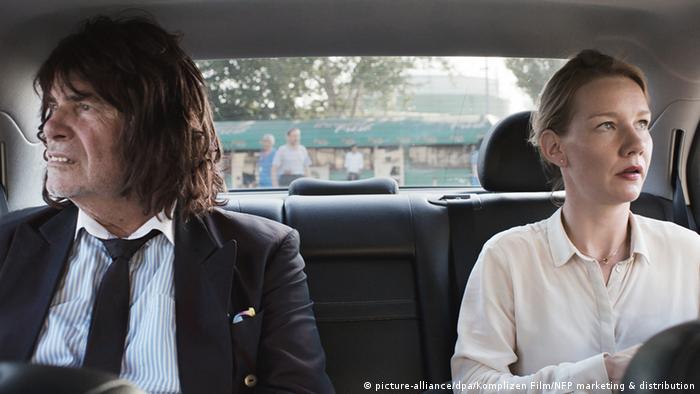 Germany has won an Oscar before - but that was nearly 10 years ago with the Stasi drama "The Lives of Others." This year, it's hoping lighter fair will convince the Academy.

"Toni Erdmann" by director Maren Ade is Germany's contribution to the 2017 prize. German Films - the country's organization for foreign distribution - announced the decision Thursday in Munich. The comedy was chosen over other contestants including the Hitler satire "Look Who's Back," the Nazi war crimes drama "The People vs. Fritz Bauer," and the latest filming of "The Diary of Anne Frank."

With rave reviews for "Toni Erdmann" in Cannes and a wide selection of German films at the Munich Film Festival, DW explores the question: How is it going for German cinema around the world? (30.06.2016)

German comedy 'Toni Erdmann' has all of Cannes laughing

This year's Cannes crowd-pleaser is a German comedy from director Maren Ade about the strained relationship between a hippie father and his workaholic daughter. The critics love it, but will it secure the Golden Palm? (21.05.2016)

Filmmaker Maren Ade: 'It's a big dream to be in Cannes'

Her film "Toni Erdmann" was greeted with an eight-minute standing ovation in Cannes. Many critics consider it a clear favorite for the Golden Palm. In this DW interview, Maren Ade discusses family, hard work and karaoke. (20.05.2016)

"'Toni Erdmann' slaloms smoothly from the rude and crude (scenes involving funny costumes, whoopee cushions and one with petit fours put to an indecent use better not discussed here), to blisteringly accurate depictions of sexism in the workplace to often tender observations of how families really do (and more often don't) communicate," wrote DW film expert Scott Roxborough in his review.

"It's a film that by all standard rules of cinema shouldn't work. But it does - and gloriously so."

Does Hollywood think Germany can do comedy?

The question is now: Will a comedy from Germany - known in the US for its heavy, history-inspired dramas - work for the Academy in Hollywood? It failed to claim a Golden Palm in Cannes this year.

Starring Peter Simonischek and Sandra Hüller in the leads, "Toni Erdmann" tells the story of Winfried, a 65-year-old music teacher, who visits his daughter Ines, a successful business woman, after his dog dies.

The two couldn't be more different and the visit quickly ends in bickering. But instead of leaving, Winfried decides to transform himself into his alter ego: Toni Erdmann. Equipped with a wig and an even more outgoing personality, he meddles in Ines' life, evening claiming to be her boss' coach.

Ultimately, the father and daughter discover that the more they butt heads, the closer they actually become.

Maren Ade has focused on social dramas with "The Forest for the Trees" (2003) and "Everyone Else" (2009), so the belly-ache hilarity of "Toni Erdmann" is a stylistic break for the 39-year-old. 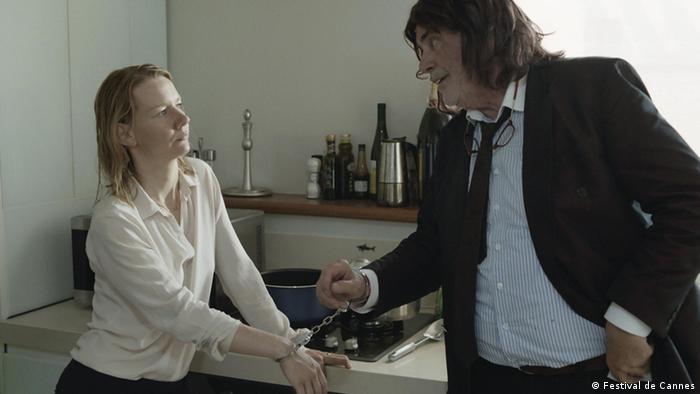 The recommendation by German Films is only the first step for "Toni Erdmann." The national submissions for the Best Foreign Language award will be weighed by the Academy, which will reveal the official five nominees on January 24, 2017. The Oscars ceremony takes place in Los Angeles on February 26, 2017.

A German film has not managed to secure a nomination since 2010, with Michael Haneke's "The White Ribbon."

Besides Florian Henckel von Donnersmarck's "The Lives of Others," the only other German films to have won an Oscar are "The Tin Drum" (1979), the Hungarian co-production "Mephisto" (1981), and "Nowhere in Africa" (2003).

The Academy has hailed Sacheen Littlefeather for standing up for "human dignity" during the 1973 Oscars. At the time, she was booed off the stage and faced a boycott over protesting the treatment of Native Americans.