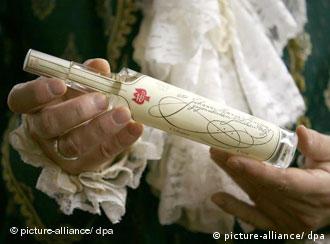 It smells like an Italian spring morning, said the perfumer

The first bottle of eau de Cologne was created by Giovanni Maria Farina, an Italian expatriate living in the eastern German city of Cologne. On July 13, 1709, Farina opened a luxury goods shop where the fragrance was sold.

In a letter to his brother dated in 1709, Farina wrote, "I have discovered a scent that reminds me of an Italian spring morning, of daffodils and orange blossoms after the rain." He named it after the city he lived in.

Over the course of the last three centuries, only 30 people have been privy to the secret recipe - including Johann Maria Farina, a descendant of the perfumer and the company's current managing director.

"It's crucial that the original eau de Cologne always smells the same," said Farina. "Like champagne that's made from many different wines and has a specific taste or aroma."

An eau de Cologne differs from a so-called eau de toilette in that it has a smaller concentration of essential oils, which give the solution its scent. 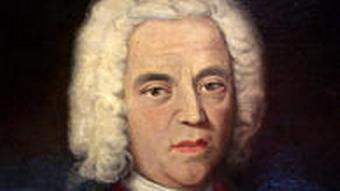 Napoleon allegedly used one vial of the valuable liquid each day. A vial cost a week's wages for a master craftsman - or well over 1,000 euros ($1,400) in today's money - making the perfume only accessible to the extremely wealthy.

"There were many crises," said the firm's current managing director. "The French Revolution and the First and Second World Wars were the biggest crises for us - not because our customers couldn't pay but because we were cut off from the raw materials and couldn't produce."

In addition to political conflicts, the original eau de Cologne has also had to deal with stiff competition from a popular imitation: 4711.

In the 18th century, the Muehlens, a merchant family from Cologne, produced a citrus-based scent similar to the original eau de Cologne, calling it by the house number of the factory on Glockengasse in downtown Cologne. While 4711 is known around the world - and boasts an over 200-year history - it's not the original.

In 1994, the Muehlens family sold its company to the German Wella corporation. It was then acquired by Procter and Gamble in 2003 and returned to German hands in 2007, when the company was bought by Maeurer und Wirtz, best known for its perfume brand Tabac Original. 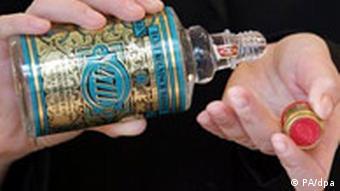 4711 has a large following of its own

While Farina's eau de Cologne may be the true original, 4711 has always been the more commercially successful scent.

It is marketed in 75 countries today and is especially popular with the older generation of Germans. The fragrance also sells well in Japan, where men perfume their hair with it.

Farina, however, said there are no bad feelings between his family and the Muehlens, the founders of 4711.

"I once had a dance class with a daughter of Ferdinand Muehlens and know the others as well," said Farina. "There have never been any problems between the two families."

Today, the Farina house in Cologne's Old Town has its very own museum, where visitors can learn more about the art of perfume making and the original Koelnisch Wasser - Eau de Cologne.

4711 Eau de Cologne No Longer Smells Right for US Parent

Procter & Gamble has said it will sell off its famous fragrance from Cologne, 4711. Germany's "miracle water" with the characteristic aroma no longer suits the scent of the 21st century. (02.08.2006)