Sandra, an orangutan recognized by a court as a "nonhuman person," with sentience and rights, is beginning a new life. She had languished in Buenos Aires, shuffling about alone in a concrete enclosure. 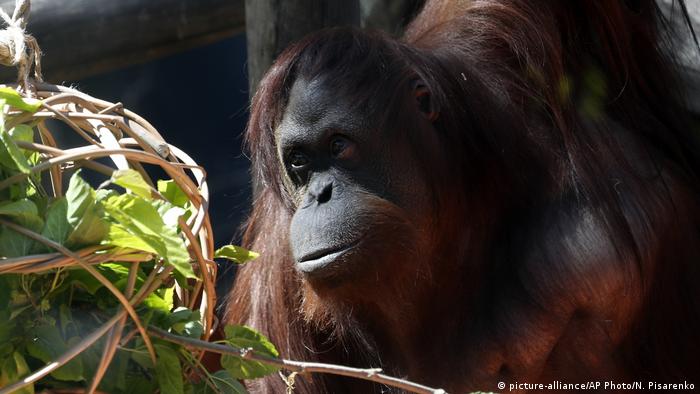 Locked in her enclosure in a zoo in Argentina's capital, Sandra could only look out on the roofs of skyscrapers, only hear the roar of traffic from the surrounding roads.

Such stimuli bore little similarity to the lush tree tops and bird chirps of the lush Asian forests where orangutans naturally live.

On Thursday, Sandra, an orangutan now recognized as a "nonhuman person," left Argentina for a new life in the US.

In 2014, a court afforded Sandra the right to improved living conditions. The next year, Judge Elena Liberatori ruled her Argentina's first "nonhuman person, with the right to liberty," whose captivity and exhibition violated that right.

Liberatori, who has a large picture of Sandra in her office, told The Associated Press that "with that ruling I wanted to tell society something new: that animals are sentient beings and that the first right they have is our obligation to respect them."

In response to reports of cruelty, the Buenos Aires Zoo closed in 2016. It is being dismantled and converted into an "ecopark," set to open in 2023.

Sandra's caretakers argued that they should just improve the conditions of her cage because, they said, sending her to a reserve abroad or releasing her into the wild could put her life at risk.

Half Sumatran orangutan, half Bornean, Sandra was given the name Marisa when she was born in 1986, in a zoo in the East German city of Rostock. She lived alone for a few years at the Ruhr Zoo in Gelsenkirchen and was sold to Buenos Aires in 1995. At nine years old, she began her new life in her third zoo.

A Matter of Life and Death - Rodeo in Brazil

A Matter of Life and Death - Rodeo in Brazil

Sandra had a daughter in 1999, but the baby was shipped to a wild animal park in China. After that, she sat alone in rain and snow, spurning the advances of a temporary orangutan suitor named Max.

US officials have ordered a battery of tests before Sandra's departure. She will endure 40 days quarantined at Sedgwick County Zoo in Kansas and move to Florida's Center for Great Apes, a 40-hectare (100-acre) sanctuary for orangutans and chimpanzees liberated from circuses, zoos, labs and collections worldwide. After studying opinions from biologists and veterinarians, Liberatori decided on the sanctuary, which has 21 orangutans and 31 chimpanzees — including Bubbles, Michael Jackson's companion.

"There she will be able to spend the rest of her life in a more dignified situation," Liberatori said.