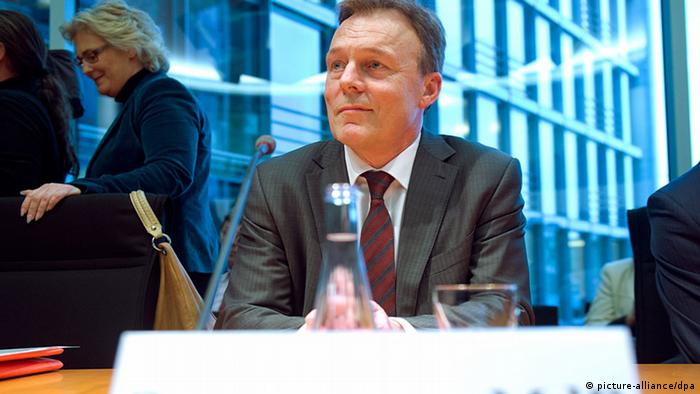 Oppermann rejected on Wednesday allegations he had informed Sebastian Edathy about a child pornography investigation involving the former parliamentarian, calling them "completely groundless."

During the closed-door parliamentary interior affairs committee hearing, Oppermann denied that he or any of his fellow high-ranking SPD officials did anything illegal.

"I am sure that neither myself nor [SPD leader] Sigmar Gabriel or [SPD parliamentary caucus manager] Christine Lambrecht indirectly or directly informed or even warned Sebastian Edathy of the investigation or our knowledge of it," said Oppermann, according to a transcript of the hearing.

Former interior minister Hans-Peter Friedrich told Gabriel about the investigation back in October during post-election coalition talks with Chancellor Angela Merkel's Christian Democrats (CDU) and their Bavarian CSU sister party. Friedrich has admitted that he wanted to spare the SPD the embarrassment of appointing Edathy, a rising political star at the time, to a ministry post.

Friedrich, who moved to the top agriculture ministry post in the new SPD-CDU/CSU coalition government, resigned last week. Prosecutors are now looking into possible criminal charges against him for breaching security regulations.

Leading CSU figures have expressed frustration that Friedrich has been forced to step down while the SPD has not made similar concessions. At the center of the controversy is criticism over Oppermann contacting Germany's BKA federal police chief Jörg Ziercke to corroborate the information provided by Friedrich.

"I called Mr. Ziercke because I was shocked and stunned that Sebastian Edathy could be involved in such an investigation," Oppermann said after appearing before the committee on Wednesday.

Earlier in the day, Ziercke denied confirming the investigation to Oppermann.

"I cannot see that any offense was committed," he said.

According to CSU committee member Stefan Mayer, Oppermann on Wednesday expressed "serious regret" for his role in Freidrich's resignation."

"We do not want the scalp of Thomas Oppermann, we want to shed light on the darkness," he told reporters after the hearing, adding that efforts at clarifying some of the mystery surrounding the scandal during Wednesday's proceedings were "very successful."