Opinion: We can still stop the Balkanization of the EU

Nationalistic intrigues, economic meltdown, divisions: Are we talking about Yugoslavia in the early 1990s? No. This is the European Union, 25 years after its founding. DW's Dragoslav Dedovic sees striking parallels. 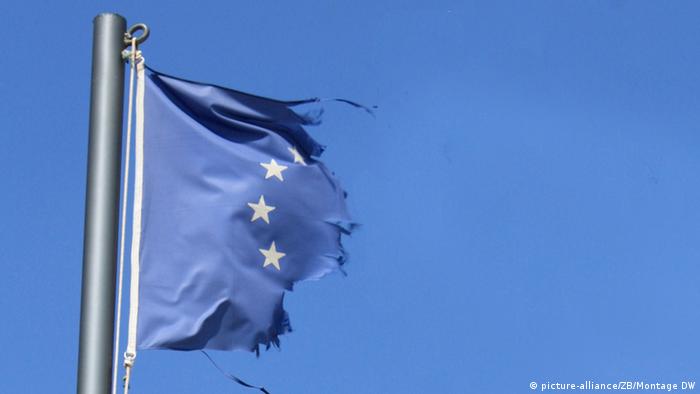 The EU's founding countries have long portrayed their union of European states as a political, economic and historical success story. But the downside of this merger is all too often ignored - and this is increasingly endangering its future.

The Maastricht Treaty, the European Union's founding document, turned 25 last week. In the first few years after the treaty was signed, it seemed that no one was able to recognize the European Union's innate defects. However, if those continue to go unaddressed, they could bring about the end of the union. Back then, one of the cardinal sins of the newly formed European Union was its inability to correctly assess the conflicts in Yugoslavia, to exert a moderating influence on the warring parties and to prevent civil wars in the region. Before it even evolved into the EU, the European Community was inconsistent and unconvincing when it came to applying the values it claimed to represent to its dealings with Yugoslavia. 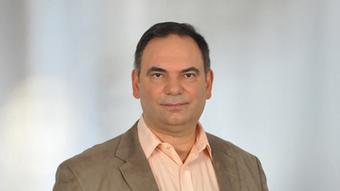 With the treaty, Germany transferred not only its economic power but also its postwar instinct toward nondominance to the EU. Just like West Germany during the Cold War, the newly constituted union of states was an economic giant, but a dwarf in the foreign policy arena.

This dwarf has barely grown in the past quarter century. Occasional therapies have been administered, involving foreign and security policy growth hormones, but all have failed. Thus today, for example, there is no consistent foreign policy line on the Balkans - and the western Balkans are, again, increasingly unstable.

The European Union also lacks the ability to reach a consensus on internal issues. Germany's severity in its austerity dealings  with southern EU states on the one hand and, on the other, its generosity toward refugees may accord with Germans' current financial and humanitarian state of mind. For the internal cohesion of the European Union, however, both were poison. Especially as all these decisions were forced through under pressure of events, although each was the end of a long negative development, a period in which there were still alternatives, yet no action was taken.

When Greece was admitted to the eurozone, all the members of the currency club turned a blind eye. So did the whole of the EU when the bloc admitted Bulgaria, Romania and Croatia.

The Dublin Regulation, which states that refugees must remain in the country where they first set foot on EU soil, primarily protects Germany and the rich countries in the north and puts huge pressure on the Mediterranean countries instead. Stubbornly ignoring the looming displacement crisis in the south turned the Mediterranean into a mass grave and Syria's tragedy into a refugee drama that played out across the whole of Europe.

The US's military logic, which was not always in the European Union's interest, resulted in a series of interventions. The consequences of these were not just unimaginable destruction and the collapse of entire states on the edges of the European Union, but also an erosion of solidarity within the EU itself. In many places, solidarity with weaker member states or with refugees seems to have become an alien concept. The consequences of this are Brexit in London, Kaczynski in Warsaw, Orban in Budapest, and Putin, Erdogan and Trump at the gates - none of which makes the situation for the European Union any easier.

The European Union's current situation is increasingly reminiscent of Yugoslavia's before it disintegrated. The disaster that befell the land of Tito can be summarized as follows: economic crisis plus the continual reduction of its societies to mere communities of descent. All political and economic problems were quickly reinterpreted as ethnic conflicts.

At the time, this seemed in the eyes of international observers to be a kind of atavism - a regrettable deviation from the mainstream of historical progress. Unfortunately, 25 years later we are forced to realize that the disintegration of Yugoslavia was obviously the start, not the end, of a development.

It seems that the elites have spectacularly underestimated people's fears. Today, even in the capitals of Western Europe, nationalism has become socially acceptable again. It almost happened in Vienna. The Hague and Paris may soon be next. It's worth noting that, to date, the Western countries that were victorious over National Socialism seem to lack the requisite social antibodies to protect them against nativist ideologies in modern disguise - they haven't developed as many as Germany, the country where the evil originated and was defeated more than 70 years ago.

The formula for salvation is very simple, however: Outwardly present a united community of shared values and show solidarity internally. It is better to make investments ahead of time than to attempt interventions later - and far less costly. But it must bedone in good time. It almost doesn't matter whether leaders dig up the failed EU constitution of 2005 or reconsider the model of a core Europe. What's far more crucial is that either a consensus is reached on competence to act on foreign policy issues, solidarity among member states, and reliable joint budget management, or the European Union, in its current form, will perish. The clock is ticking.

Israel launches airstrikes on targets in Gaza 1h ago

Biden lands in Geneva for tense summit with Putin 1h ago