Kenyans have now peacfully approved a new constitution - a big achievement for the modernization it brings to Kenya's basic law and the democratic process, argues Prof. Stephen Brown. 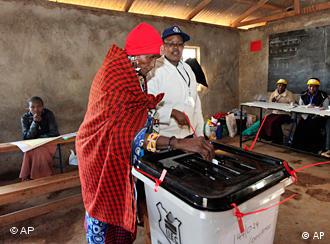 Most voters cast their ballots in favour of the new constitution that gives citizens a bill of rights.

Hundreds of millions of people in some 20 African countries are going to the polls this year. One of the most nervously anticipated votes took place last Wednesday, when Kenyans approved a new constitution in a referendum by a two-to-one margin. The new document had the support of the president and the prime minister, as well as most cabinet ministers and the vast majority of members of parliament (MPs). Opinion polls left little doubt that the Yes side would win.

However, there was widespread concern that disputed results might spark political violence, as they had following the controversial 2007 presidential elections, causing about 1500 deaths and forcing hundreds of thousands of people to flee their homes, at least temporarily. 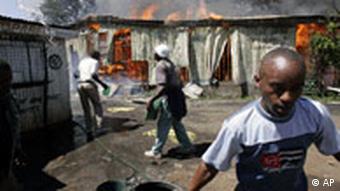 Post election riots and violence displaced hundreds of thousands in 2007.

Tension levels rose after a grenade attack on a No rally killed six people in June this year, but fortunately only minimal violence has occurred since then and most high-ranking No campaigners graciously accepted their defeat. The adoption of the new constitution is a remarkable achievement for both the modernization it brings to Kenya's basic law and the democratic process by which it was approved.

The current constitution was better suited for a one-party authoritarian regime. When Kenya returned to a multiparty system in 1992, the constitution retained the hallmarks of authoritarianism, including a high degree of centralization of power in the presidency, with only weak checks and balances.

These problematic constitutional provisions, along with a divided opposition, helped authoritarian leader Daniel arap Moi retain power for another decade.

In 2002, when the opposition finally won the elections, President Mwai Kibaki promised a new constitution within 100 days. Once in office, power highly concentrated in the presidency proved to be too appealing to give up. The Kenyan electorate defeated a draft constitution in a 2005 referendum, in large part because it would have insufficiently decentralized power. 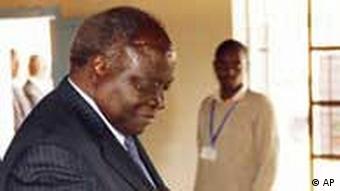 The new constitution, by way of contrast, strengthens checks on the “imperial presidency” and creates new institutions that will disperse power, including 47 county governments and an upper house of parliament, modeled after the US Senate.

Some parts of the constitution sharply criticized by opponents

The new constitution nonetheless contains some highly contested provisions. Various church leaders campaigned for the No side, in part over a provision for abortion when a mother's life was in danger, which many mischaracterized as abortion on demand.

They also objected to the explicit recognition of Kadhi courts, which have de facto adjudicated since colonial times in matters of Islamic family law and land disputes in the Muslim community, with a high level of popular legitimacy.

It is unfortunate that most senior religious leaders in both mainline and evangelical churches advocated retaining the severely flawed status quo simply because they did not agree with two clauses, particularly since mainstream church leaders were at the forefront of the struggle for democracy and constitutional reform throughout the 1990s. 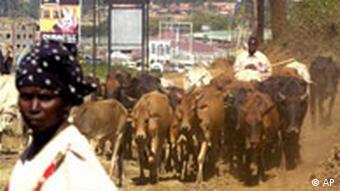 Arguably, the most promising but also contentious issue of all is the new constitution's commitment to redressing historic injustices, particularly related to issues of land ownership, land grabbing and the redistribution of fertile agricultural land along ethnic lines. The new constitution proposes to restore to the rightful owners land that had been illegally transferred.

This was particularly threatening to those who had benefited from corrupt patronage schemes under former presidents Kenyatta and especially Moi, who unsurprisingly campaigned against the new draft. Contested land ownership was in fact one the underlying factors that contributed to political violence both in the 1990s and following the 2007 elections.

Some provisions could provoke future clashes

Some constitutional provisions seem ill-advised or may provoke future clashes. For instance, the newly established Senate creates needless additional bureaucracy and expense in a developing country that is already too expensive to run. Indeed, Kenyan MPs are among the best paid in the world. Also, the devolution of power to counties identified with a specific ethnic group could have some dangerous side-effects.

There is reasonable concern that it could reinforce the idea that certain ethnicities “belong” in a certain area, creating a risk of ethnic chauvinism and even the forced displacement of so-called outsiders in ethnically diverse areas.

This said, the success of the referendum process highlighted the utility of two new institutions, which will continue to be important actors in future polls: The Independent Electoral Commission ensured that the plebiscite was free and fair, while the National Cohesion and Integration Commission kept a check on inflammatory language, laying unprecedented charges of hate speech against a few MPs. 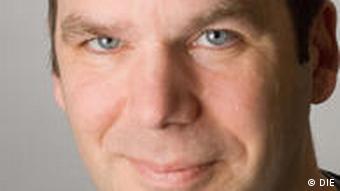 New constitution is no guarantee for future peace

Does this mean that the 2012 elections should be peaceful? Though the referendum and the adoption of a new constitution are very positive steps in Kenya's protracted democratization process, it would be hasty to jump to such a conclusion. After all, the 2007 elections were also preceded by a peaceful referendum two years earlier. In fact, the 2005 yes/no cleavage became the main fault line across which the 2007-08 violence took place.

This hinges mainly on the will of government officials to follow and enforce the rules. In the meantime, some sources of concern remain unaffected: numerous militias are still in operation and there are reports that communities are arming themselves in case of trouble. Other destabilizing events seem likely to occur. For instance, by the end of the year, the International Criminal Court will probably indict a handful of Kenyans for their role in the 2007-08 post-election violence. There is also the spectre of a terrorist attack by Somalia's al-Shabaab, as recently occurred in neighboring Uganda.

The constitutional debate had dominated the Kenyan political scene for months. The government can now move on to other important issues. The rest of Africa – and donors of foreign aid – should take note that, as the Kenyan case has illustrated, more fundamental institutional reform is required to consolidate democracy. Far too many countries have simply grafted multiparty elections onto authoritarian systems and practices, to disastrous effect.

This column represents the opinion of the author.

Prof. Stephen Brown is an expert on African politics and peacebuilding and teaches at the School of Political Studies, University of Ottawa, Canada.

Kenya ushers in a new constitution

In the first ballot since clashes left hundreds dead after the 2007 presidential elections, Kenya has voted in favor of a new constitution which could prevent future conflicts - or spark new tribal violence. (05.08.2010)

The winners of the Deutsche Welle Blog Awards were announced Thursday. The prize "Best Weblog" was awarded to Ushahidi.com, a team of Africans and Americans who developed a community-based software program. (15.04.2010)

Reporting on the East African Community’s political and economic alliance in a way that is comprehensible and factually accurate – that was the goal of this training course for radio and television journalists. (25.01.2010)