Opinion: The real test of G20 summit meetings is yet to come | World| Breaking news and perspectives from around the globe | DW | 28.06.2010

Opinion: The real test of G20 summit meetings is yet to come

DW's Henrik Boehme says the G20 summit in Toronto over the weekend brought both disappointments and surprises - and it left the real value of such meetings to be determined at a later date.

You can do a lot with a billion dollars (810 million euros). For instance, you can provide access to clean drinking water for 50 million people. Or save the lives of 800,000 infants.

Or, you can spend that money on a gigantic summit meeting, like the one that took place in Canada over the weekend. The heads of the eight leading industrialized nations - and later of the 20 most important economies - met in Toronto. Considering the financial cost of the meeting, the results were weak.

One plan on the table

But there is also another way of looking at it: Considering how much money has been spent recently on rescuing banks and even entire nations, a billion dollars isn't much at all. The global financial markets need a new structure - that much is beyond question. But when it comes to figuring out how top politicians should go about making these changes, the devil is in the details.

The financial world has entire legions of lobbyists out fighting against over-regulation. Economies can't function without money, and indeed, regulations can't be so tight that they squeeze the life out of the banks. An economy can't function without liquidity. But banks need to resume their original role - that of service-providers to the economy - not of gamblers who don't know their limits. Also, they have to be able to go bankrupt without pulling the entire financial system into ruin.

A plan for a new architecture for our global financial system is on the table. US President Barack Obama proudly unveiled it in Toronto. In Washington, Congress is expected to pass the law this week. The Europeans were impressed - and will need to get moving in order to come up with their own plan.

The summit was preceded by the rolling thunder of discord; America versus Germany, spending versus austerity. But in the end, reason prevailed. The ambitious formula: growth through intelligent austerity. 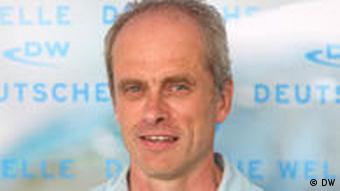 These kinds of conflicts are important. In the final analysis, the players find themselves on virgin political soil. No one can come up with the ultimate solution, because every country is faced with different conditions. Thus, the debate has no winners and no losers - and that was the big surprise that came out of Toronto.

But the financial crisis pushed other important topics - like climate change, say, or the fight against poverty and hunger - right off the agenda. At this point, even the wealthy nations themselves are admitting that they haven't kept their promises to poorer countries. Maybe that is why more recent promises - like the initiative to fight maternal and infant death, proposed here in Toronto, - are somewhat more modest.

It is miserable to see how much money wealthy countries are willing and able to throw around in order to keep their own heads above water. And that was the big disappointment that came out of Toronto.

Be that as it may, the G20 nations need to come together. At some point, the crisis that forced them to come together, will be over. And the introduction of financial market reforms could divide the group. The G20 is different from the G8 in that all the countries don't share the same values. It sounds positive when China not only loosens its monetary policy ahead of the meeting, but then goes on to advocate sustainable growth during the summit itself.

In any case, the real litmus test for the G20 still lies ahead, since many of the important decisions for a new world financial order were pushed back to the coming summit in South Korea. The big crisis isn't far behind us. And only in Seoul will we be able to look back and gauge the success - or lack thereof - of the Toronto summit.

As the G-20 summit ended Sunday, world leaders pledged to cut deficits and boost growth, but failed to agree on a worldwide financial transaction tax. Meanwhile, anti G-20 protests continued in the streets of Toronto. (28.06.2010)

The global financial crisis heads the agenda at the upcoming G-20 summit. Leaders should also consider the economic implications for Africa, says the UN Millennium Campaign's Deputy Director for Africa in a DW interview. (23.06.2010)

Britain, France and Germany are to introduce a levy on banks to make them help pay for the global recovery. The move was announced by Britain's finance minister as he outlined a painful austerity package. (22.06.2010)