The EU remains abstract for many of its citizens, who see it as a bureaucratic monster that does away with national identities. But they should really be grateful for the union's invention, writes DW's Bernd Riegert.

Historically speaking, the European Union is a unique and uniquely successful federation of states. It prevents members from waging war against each other and allows them to prosper economically. Compared to other world regions, the EU is a model for regional stability and integration that's worth emanating.

The political revolution in what was then the free part of Europe actually already began six years earlier when the European Coal and Steel Community (ECSC) laid the foundation for the permanent reconciliation between Germany and France. 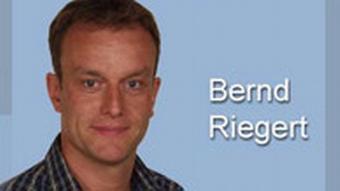 From the ruins of two world wars and over a time-span of 50 years arose a union of states with 27 members and half a billion people, who take for granted the advantages of a common market, an economic and monetary union, an emerging common foreign policy and unlimited freedom to travel.

But the dream isn't over. We should dream about a United States of Europe, in which national interests are relegated to the sidelines even further.

The EU constitution, which initially seemed doomed for failure, is only a further step in that direction. The EU is going through an internal crisis, but a look back at the last 50 years shows that it emerged stronger from most previous ones.

During the 1960s, France almost destroyed the EEC by blocking decisions taken by majority vote. In the 1970s and 1980s, the so-called eurosclerosis, during which none of the nation states were willing to hand over power to the EEC, almost paralyzed the European community.

Things picked up speed again only by the late 80s and early 90s: Jacques Delors, the EU Commission president at the time, then French President Francois Mitterand and German Chancellor Helmut Kohl got the common market going. This was followed by a common currency and the fall of the Iron Curtain.

The European idea won't fail because of the constitutional crisis or the alleged fatigue about Europe. It cannot fail, because there is no alternative.

Expanding the union by 21 countries since 1973 has clearly made it harder to grasp and harder to govern. But there's no alternative especially when the inclusion of central and eastern European is concerned. The perspective of EU accession was the only way to bring stability and emerging prosperity to the former Soviet Bloc.

The dream of a Europe united in freedom became a reality -- almost, since the Balkan states are still missing and will have to be included step by step. Views, however, differ on whether Turkey, Ukrain, Moldavia, Georgia belong there as well.

The EU's history is a tumultuous one. It will stay that way, but Europe will continue to unite despite all the setbacks. Even criticism of a power-hungry Europe, as voiced by former German President Roman Herzog, will not change that. It's just unfortunate that some governments, such as the Polish one, or election campaigners, like those in France, want to instigate people with unfounded criticism directed at Brussels.

Euro-skepticism has a long tradition. In 1957, the German news magazine Der Spiegel complained about the hastily drawn-up Treaty of Rome and even then Chancellor Adenauer said that he wasn't quite sure what he had signed.

Fifty years from now, our grandchildren will maybe live in a united European state with a common government and a parliament to survive in a world, where everyone is competing for energy resources and water. A fantasy? An impossible perspective? No! Half a century ago, now one was able to foresee the current EU and still we're able to celebrate it today.

Bernd Riegert is a DW-RADIO correspondent in Brussels.

Find out more about the EU and celebrating its birthday on the union's official Web site.