The German electricity provider RWE has booked the biggest loss in its corporate history. That's unfortunate but not surprising - because its problems are self-inflicted, says Andreas Becker. 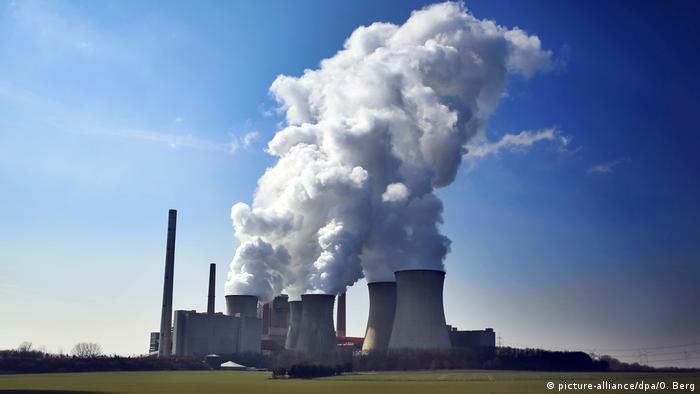 The new reality at RWE, the second-largest electricity provider in Germany, which has just posted mammoth annual losses, is readily apparent when you visit the company's website. On rwe.com, more than half the start page is devoted to 'innogy.' That's the name of the new spin-off company RWE successfully brought to the stock market last autumn.

Innogy was set up as the vehicle for RWE's portfolio of renewable energy assets, electricity transmission networks, and innovative energy services - for example, storage technologies, electromobility and energy efficiency. Innogy was assigned all the parts of RWE that have a promising future.

RWE, the parent company, was left with the corporate group's legacy assets, which is to say: its nuclear, coal and gas-fired power plants. But the price structure of the German wholesale electricity market since the government decided to embark on a large-scale national shift to renewable energy - the 'Energiewende' - means there is no longer much profit in producing power from those legacy assets.

RWE's roughly 75 percent share in its 'innogy' subsidiary is therefore of vital importance. The reality is that the parent company, stripped of its innogy shares, would be merely a sort of  'bad bank' of the energy business.

The fact that you can't expect much good from a bad bank was put on display with Wednesday's announcement of RWE's dismal financial results. With a loss of 5.7 billion euros for the past business year, RWE is now serious contender in the record-losses sweepstakes that major German corporations appear to have been engaged in lately. Volkswagen reported a 5.5 billion euro net loss last year, whilst Deutsche Bank had to absorb a 6.7 billion euro loss. In both cases, fines levied by US authorities for corporate malfeasance were key factors.

But the top money-loser remains RWE's competitor Eon, which booked a 9.3 billion euro loss for 2016. Much like RWE, Eon split itself up into two main companies, one called 'Uniper' which was saddled with legacy coal, gas, and nuclear power plants, and the other focused on clean energy systems.

RWE emphasizes that its operative business is well on target, with a preliminary net operating profit of EUR 0.8 billion. The record loss is attributable to "extraordinary depreciation" on existing power plants - connected to the new reality in which increasingly abundant renewable electricity supplies drive down wholesale electricity prices in Germany. Those prices have dropped to a permanently lower level, so legacy coal, gas, and nuclear facilities can make less money. Their book value is correspondingly lower.

This is all true, but it's not the only reason RWE is losing money. Several nuclear reactors were permanently shut down several years ago. Had they not been, the pressure on electricity prices would probably be even greater. In addition, RWE also had to book write-downs on the value of its power plants in the UK, Netherlands and Turkey.

Should additional constraints on coal-fired power plants be put in place after the Bundestag election, further write-downs will be assured - especially since there's growing pressure from climate scientists to plan a complete phase-out of coal sooner rather than later. 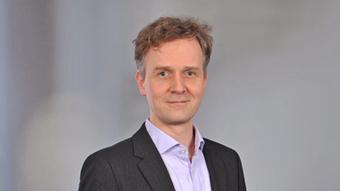 Inadequate planning for the future

At the end of 2016, the four power generation companies that operate Germany's fleet of nuclear reactors negotiated an agreement with the German government under which the companies will contribute to a state fund for the decommissioning of remaining nuclear power stations. On July 1, 2017, RWE is scheduled to transfer a total of 6.8 billion euros to that fund - its share of the nuclear industry's financial provisions for the interim storage and final disposal of radioactive waste, plus a risk premium.

One need not feel sorry for the corporation or its shareholders in relation to this deal. In exchange for a one-off hit to their bottom lines, it freed them from the responsibility for nuclear waste disposal. Residual risk is borne by the state, and hence by the taxpayer. The Nuclear Energy Fund is thus the real 'bad bank' of Germany's nuclear power sector.

The fact that RWE's payment to that fund has now shown up on the books as a record annual loss proves once again that RWE and Germany's other big electricity utilities have lived very well for decades off a cash-cow business for whose considerable risks they made very little financial provision, preferring instead to pay out generous dividends to shareholders.

The accusation has often been raised against RWE and the other big electricity utilities that they moved far too slowly to wean themselves from a fossil-powered business model that was obviously destined for the ash-heap of history.

But the same can be said of numerous German municipalities. These hold more than 20 per cent of RWE's shares. For many years, they've counted on being able to supplement their annual budgets with revenues from RWE dividend pay-outs.

Not any more. The red ink at RWE has strained the budgets of many towns. Just three years ago, when RWE first announced a multi-billion loss, they had to make balance-sheet adjustments to revise the values of their share portfolios downward. Worse, this year they'll be going without dividends for a second time.

Many a municipal treasurer will find him- or herself wishing he'd followed the example of his colleagues in Düsseldorf, which sold the bulk of its RWE shares ten years ago - at a price of nearly 80 euros a share. Those shares are only worth 13 euros now.