A new center-right party is set to shake up Turkey's political scene. It's evidence that despite the difficult environment, Turkish democracy is alive and kicking. Could the party even challenge Recep Tayyip Erdogan? 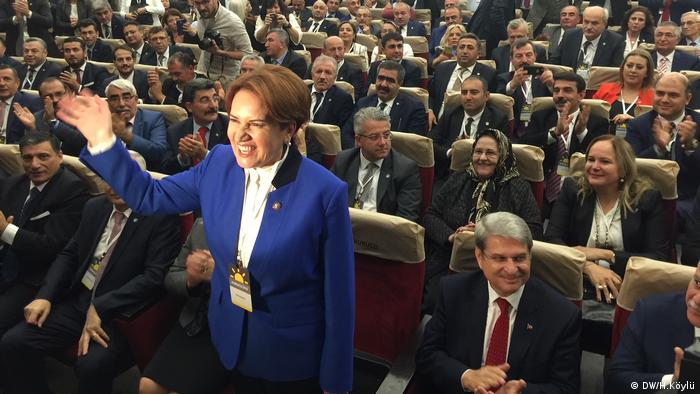 For the past 15 years, Turkey has lacked effective opposition parties. For many, the new "Iyi Parti," or "Good Party," led by Meral Aksener, is poised to become the long-awaited alternative to the ruling Justice and Development Party (AKP). Center-right political parties are nothing new in the country. Successive policy failures in the 1990s, however, have wiped them off Turkey's political map and left the path clear for AKP domination on the right. What sets the "Good Party" apart is Aksener's popularity, fueled by her political success and ability to engage voters. In April of this year, without the backing of any political party, she has emerged as a leading figure of the "no" campaign against the constitutional referendum granting more powers to the presidency.

The 61-year old Aksener, an active defender of women's rights and gender equality, is a decisive and courageous politician. As a realist who believes in the fundamental principles of modern Turkey, including secularism, she sees Westernization as a natural path of progression. Aksener's mild nationalist rhetoric and respect for traditional values also resonates with the country's conservative electorate. She is seeking to gather conservatives, nationalists, secular center-right voters and liberals around the political center. 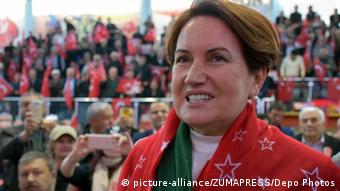 Entering Turkish politics in 1995 as part of the center-right True Path Party, Aksener became the first woman to serve as the country's interior minister. In 1997, her pro-democracy stance against the Turkish military earned her respect across party lines. She joined the Nationalist Movement Party (MHP) in 2007. When MHP leader Devlet Bahceli joined forces with the AKP to rewrite the constitution and implement a presidential system, Aksener challenged his decision with the support of several other prominent MHP members. The impetus for a new party emerged after Aksener failed to unseat Bahceli in 2016.

Alternative to the AKP?

The new "Good Party" represents a varied swathe of Turkish society. Among the founders are leading secular figures like Ali Turksen, alongside young and successful tech influencers including Google advertising executive Taylan Yildiz. Women and young people are also expected to play key roles within the party.

The "Good Party's" success will hinge on Aksener's ability to charm disaffected AKP voters looking for new alternatives. She must be able to offer concrete solutions to Turkey's mounting problems. Attracting both secular center-right voters and moderate conservatives in big cities, as well as nationalist-conservatives in Anatolia, will also prove crucial. Uniting such a political melting pot will be no easy task. 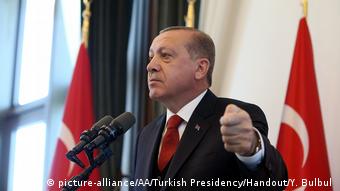 If she is successful, however, Aksener can become a rare threat to the AKP's rule. It is exactly for that reason that a number of hurdles stand in her way. First and foremost, spreading the party message will represent a major challenge. Restrictions on the freedom of the press mean the "Good Party" will receive limited media exposure, except through alternative broadcasters and online platforms. Moreover, Aksener will have to continue to swat away efforts by the pro-AKP media to tarnish her image and that of party affiliates. She will be harassed with logistical and administrative constraints.

It is entirely possible the party will never make it to 2019 — an important voting year in Turkey with local, parliamentary and presidential elections. Re-election is crucial step for President Erdogan to realize his dream of becoming the first president elected under the new constitution and thus hold office during the celebration of the Republic's centenary in 2023. Despite his grip on power, he knows that success may not be easy. In the past, winning 42 to 43 percent of the vote was enough to rule the country, for instance, but the new system requires an absolute majority.

Despite the challenges for the "Good Party," prudent optimism is warranted. Aksener may have limited media exposure, but her name is already making its way into everyday conversation. Many Turks are pinning their hopes on her, the woman challenging Erdogan and once again showing that democracy in Turkey is far from dead.

Pakistan: Islamists halt march after deal with government 4h ago

Opinion: Erdogan is fighting to stay in power 7h ago