In Mexico this week, tens of thousands of people protested against police violence and called for the Iguala student murders to be solved. DW's Yaotzin Botello thinks people have lost confidence in the state. 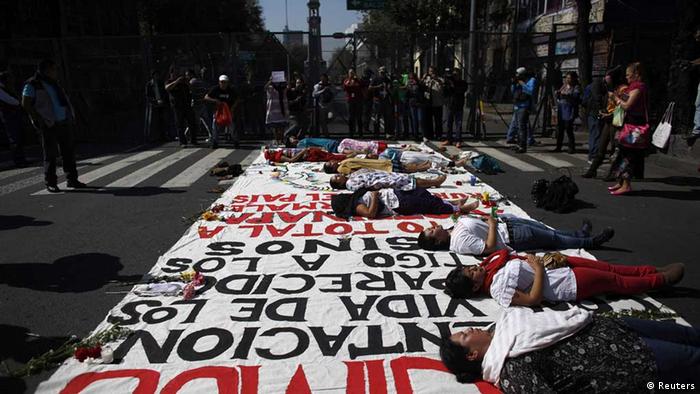 The police chase a group of students and shoot them on the open road. Later some are arrested by the same police officers and allegedly handed over to drug lord. Such scenes reawaken memories of the 1968 student revolt. At the time, just before the opening of Mexico City's Olympic Games, the government sent out its army against student protests. To date, the exact number of victims of the ensuing Tlatelolco massacre remains unknown.

The state fights its own people. Worse still: the state against students who should have shaped the country's future. This should never have happened again. Lessons should have been learned from the past.

Instead, nearly 50 years later, the massacre of Iguala happened in Guerrero - that's the way it will go down in history. Students of the Ayotzinapa Teacher Training College wanted to collect donations for a trip to Mexico City on the anniversary of the events of 1968. But they never made it that far. The police stopped the bus the students were in and opened fire then took most of them away. A few were able to flee but 43 disappeared. The charred and mutilated remains of exactly 43 people have been found in mass graves. 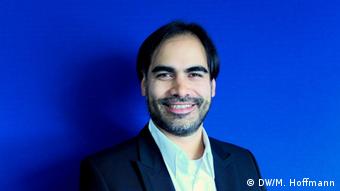 It wasn't until the first mass grave was found - a week after the students disappeared - that the case caught the attention of federal authorities. The prosecutors' office, the federal police, and the army were sent to Guerrero. According to official sources, the Iguala police were given orders by their local chief, who has since fled. Unofficial sources, however, say the orders came from a drug lord working with the local mayor. In the meantime, people's trust falls each time the investigations go higher and higher into the echelons of power.

The army is not well-loved in Guerrero. There have been numerous cases of people going missing and several attacks by the military have been thoroughly documented. Much of this work was done by the NGO Tlachinollan, which operates in Guerrero and was honored with a human rights prize in 2011 from Amnesty International.

A president for social issues

The Iguala case could be a turning point. But how? President Enrique Pena Nieto entered office with a new security plan. He made his platform about reducing violence and strengthening the state. He wanted to distance himself from his predecessor and no longer fight a "war" against organized crime. Instead, he promised to focus on improving social conditions as a means of prevention.

Under his administration, social spending has increased more than that of security agencies and the military. But his plan still seems to have failed. More than 30,000 murders have been documented in the first 20 months of the Pena Nieto government, more than over the same period under his predecessor Felipe Calderon. The conspiracy theories are already making the rounds: the alleged new strategy is actually nothing more than a cover for a deal with drug lords. Some say the recent arrests of two long-sought "Capos," or drug cartel bosses, are the proof of it.

But there could be another way to interpret the statistics: the violence has, according to the government, dropped sharply in recent months. Yet Mexicans are no longer prepared to give the president more time. Too many of his predecessors were unable to curb violence and corruption - people have been disappointed too often.

Could Iguala become the symbol not only of the failure of Pena Nieto, but also of the end of state-sponsored violence in Mexico? A popular militia has already developed in Guerrero to fight the drug cartels. The president has to win the trust of the people. It's not enough to condemn the events - he has to take action.

Mexicans cry out for justice and change

Following the massacre of Iguala, the Mexican government has stepped up the fight against drug cartels. Despite the successful investigations, there is increased fear of an interweaving of state and criminal violence. (11.10.2014)

Mexican police have arrested the alleged head of the Juarez drug gang, whose cartel was engaged in a bloody border turf war. Vincente Carrillo Fuentes, the latest "capo" to fall, had taken control from his late brother. (09.10.2014)

Tens of thousands have marched in Mexico to join tearful families of 43 missing students amid fears a gang may have executed them. The protesters accuse the police of being complicit in the students being abducted. (09.10.2014)