Opinion: Manifesto for a modern Islam | Europe | News and current affairs from around the continent | DW | 22.02.2015

Opinion: Manifesto for a modern Islam

Muslim intellectuals have called for their fellow believers to indentify societal failures and develop an Islam for the 21st century. Loay Mudhoon believes that Europe should unreservedly support this effort. 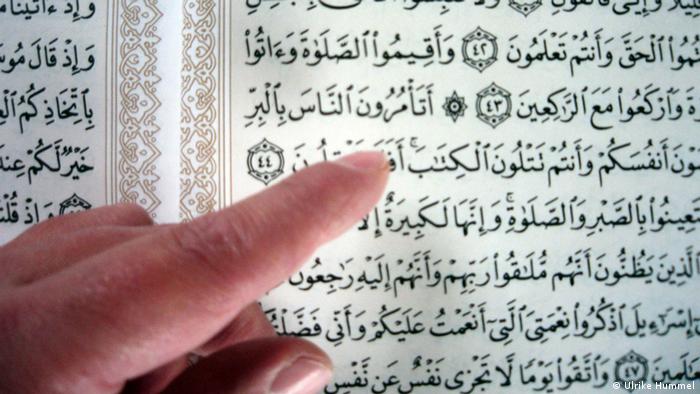 In a clearly formulated manifesto last week, four well-known Muslim intellectuals appealed to all Muslim political and religious leaders to stand up and support a democratic Islam. In their letter, they also laid out some concrete steps, among them a conference in France early next year that would "define the contours of a progressive interpretation of Islam firmly grounded in the 21st century."

The four men behind this letter are Tariq Ramadan, professor of contemporary Islamic studies at the University of Oxford; Anwar Ibrahim, the head of Malaysia's national opposition and chairman of the World Forum for Muslim Democrats; Ghaleb Bencheikh, the president of the World Conference for Religions for Peace; and Felix Marquardt, founder of the Abd al-Raḥman al-Kawakibi Foundation. They're hard on their fellow Muslims and ask tough questions. In their letter, they call for a clear-eyed diagnosis of Islam's current plight and want to develop a fundamental critique of Islamic culture and religion.

The authors rightly ask, for example: Why have the regular calls for "an Islamic Renaissance" largely gone unanswered? Why did the "uncompromising critical analysis of the Koran and the prophetic traditions," launched at the beginning of the 20th century, not lead to a lasting Islamic path to modernity? Why are innovative reformers who are looking for a connection between modernity and Islamic norms and values often forced to stand on the edge of society, fighting a losing battle? 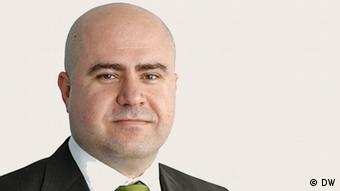 Given the current wave of violence undertaken in the name of Islam, it's vital that moderate Muslims regain the authority to interpret the contents of their faith as soon as possible.

To achieve this goal, it's essential to ask the crucial question: Who should be allowed to define what is considered "Islamic"? After all, Islam, unlike the Catholic Church, has no hierarchical structure and no ultimate authority on the faith's doctrine.

The absence of such a central authority may seem to many intellectuals, in the West and elsewhere, as quite democratic and, in a way, fascinating. But it's highly problematic for Islam because it allows lay theologians and bigoted hate preachers of all stripes to say their terrorist and barbaric acts have been "legitimized" by their religion - and thereby twist basic Islamic norms into absurdity.

To make matters worse, in many Islamic countries culturally parochial phenomena - like the Wahhabism that prevails in Saudi Arabia - are misunderstood as religious dogma, even though they have little to do with the religion of Islam.

Four years after the Arab Spring, the hopes that a wave of democratization would wash over the Arab world have largely been disappointed. In that time, dialogues within the Islamic world - debates on the ways and concepts needed to solve pressing problems - have rarely taken place, if at all. The "Islamic world" itself does not exist as a unified political entity and never has. It remains fragmented, with the majority of Islamic states busy with internal conflicts and numerous proxy wars - and not with discussions about reform.

Since no substantial reform impetus can be expected from the Islamic world, this call to all "Muslim democrats" could end up having an epochal significance. Indeed, all Muslim authorities, reform-minded theologians and decision-makers should accept this invitation and attend the joint conference in 2016!

This is perhaps a historical possibility for Muslim democrats from around the world to develop a new, innovative recipe for an Islamic path to modernity. We urgently need a viable Islamic model, accepted by all, that supports the complex realities of pluralistic, multi-ethnic and multi-religious societies - including those heavily shaped by immigration. And Europe should strongly foster this process. It's in the continent's own interest - not only as an alternative to jihadism, but also because Europe sees itself as a community of democratic values.

'IS wants to force the West into action'

The "Islamic State" militia spreads 90,000 messages daily on social media sites. The messages include brutal execution videos. The group is not only using the propaganda to gain new recruits, says Peter Busch. (21.02.2015)

The killing of Jordanian pilot Muath al-Kaseasbeh has shocked the world. But it's not enough to be disgusted. It's time to come up with a new strategy in the fight against Islamist terror, writes DW's Naser Schruf. (08.02.2015)

Russian launches to ISS from United States on SpaceX flight 05.10.2022

The flight marks the first time a Russian cosmonaut has launched to space from the United States in two decades. NASA and Russia's Roscosmos have continued cooperation despite tensions over Ukraine.