Ivanka Trump has attended a G20 gender equality meeting in Berlin. Donald Trump's daughter was in the limelight, but she neither deserved it nor took the chance to say anything of substance, says DW's Vanessa Fischer. 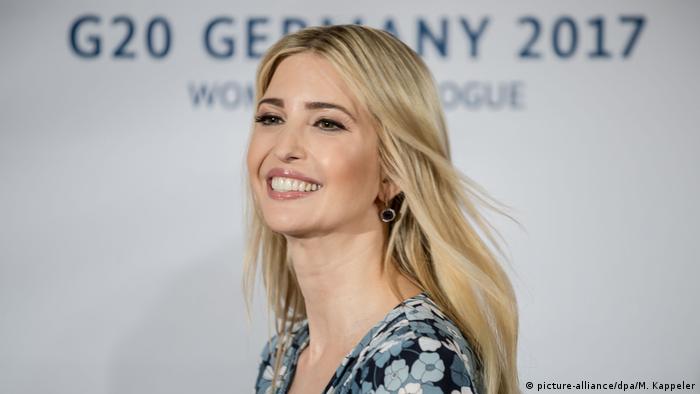 In Berlin for the Women20 Germany - a two-day summit on women's empowerment as part of the G20 process - Ivanka Trump missed her opportunity on a global stage to clearly articulate an agenda of any kind on women's rights.

The US president's daughter told the Berlin audience that she has always known her father as someone who has fought for women's rights. The audience erupted in giggles and boos, but she took no notice.

Ivanka went on to say that her father has always supported her and "thousands of women working for him" at some stage in the past. Those listening expressed their confusion and disagreement, but she kept showing a poker face.

It's obvious that her mission in Berlin is to try to polish up her father's image. That's why she's the "First Daughter" and his adviser. Of course, Trump fille is also an entrepreneur, but it is not in this capacity that she is participating in the Berlin panel on strengthening female entrepreneurship. She is here simply by virtue of being the president's daughter. 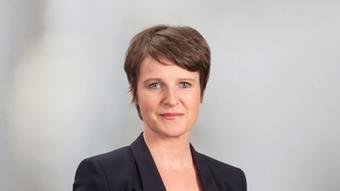 Ivanka holds little credibility as an ambassador for gender equality issues. Too obvious are her attempts to forge new alliances and rally support for the president's economic agenda. Yes, she's a successful entrepreneur, but it took her father's fame and fortune to pave the way for her business success.

There's no shame in that per se, but it is at least worth noting as the Women 20 congress debates the plight of millions of women who have no access to banks and creditors and are therefore severely hampered in becoming entrepreneurs. These are the real-world problems women in India, Kenya, Argentina - to name but a few - face every day. They report that they have to use their fathers or brothers as middlemen to even get a potential business partner on the phone. Those are problems that Ivanka Trump surely doesn't have to grapple with and for which she shows little awareness or concern.

What she's done in Berlin instead is provide some very vague and extremely shallow comments on gender inequality. Moreover, she's all too glad to drop her father's name as often as possible, inexplicably portraying him as a feminist and staunch advocate of equality between the sexes.

Sadly, Ivanka Trump's empty statements in Berlin are a huge missed opportunity to have a substantive discussion of issues that affect women - and therefore the world as a whole.

Women20 Summit Berlin: No 'silver bullet' for gender equality in 2017

On the first day of the Women20 summit in Berlin, Chancellor Angela Merkel was joined by high-ranking women, Ivanka Trump and Christine Lagarde, to discuss the importance of scaling up global female entrepreneurship. (25.04.2017)

It was Angela Merkel's idea to invite Ivanka Trump to the G20 Women's Summit. The daughter of the US president will discuss the promotion of women entrepreneurs in Berlin. But what does Germany's Chancellor have in mind? (25.04.2017)

The crowd at the W20 summit in Berlin was not impressed with the first daughter blaming the media for allegations of sexism on the part of her father. Trump said her father has employed thousands of women over the years. (25.04.2017)