Opinion: It's a start. Nothing more, nothing less

This year's Roman Catholic Synod of Bishops didn't offer any concrete results. But at least there was some impressive debate, says DW's Christoph Strack. 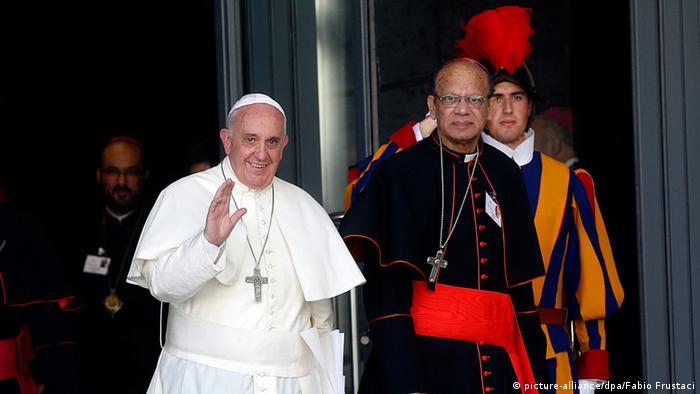 Many aspects of this year's Roman Catholic extraordinary synod on the family deserve special recognition. It was surely the most interesting bishop council in the past few decades, and also the most ingenuous. From the very beginning of the 14-day meeting, some were even downright euphoric about a possible outcome.

Extraordinary - a fitting description. Gone are the years of the cast-iron draconian Roman times, when the outcome and even the course of such councils were preordained; when it was defined which topics should be discussed and which should be kept in the closet. This time around, the bishops had the freedom to engage in controversial discourse, the 200 bishops arguing and at times even getting personal. They fought to find the right solution, but in the end, they stuck together.

That is a lot - quite a lot, and not only for the Church. Anyone who, for example, has followed any of the party congresses of Germany's top political parties in the past few years, can appreciate this year's synod. The party congresses - events full of religious orchestration, the only thing missing being the frankincense - have members interacting with a prescribed unity, lack constructive debate and only lead to predetermined results. 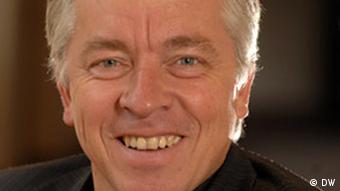 The fact that the synod of bishops gathered in the Vatican auditorium fought the way they did is proof that there really was something at stake. And the results of the final report speak for the debate's gravitas - which is not likely to diminish any time soon. In a number of paragraphs it is clear that the delegates have a more realistic view of modern families - at least, more realistic than normally portrayed in Church documents.

Both points that bore the most significance for reform-oriented minds, however, failed to gain the necessary two-thirds majority. These were the question of whether divorced people were worthy of receiving the sacrament and how the Church should treat homosexuals. The latter issue brought to the fore the degree of tension between the synod delegates. Some of the bishops were of the view that the Church's door is of course open to homosexuals, that there is no discrimination, that all should be "welcomed." But in the same breath, they spoke of the Church's "sympathy" towards gays. Is showing "sympathy" really the same thing as "welcoming" someone?

Even before the synod commenced, it was anticipated that the two weeks would only be one stage of a very long process. The next step is to discuss the precarious issues and the Church's stance worldwide - in the diocese, the parishes and episcopal conferences.

And Pope Francis, who diplomatically held his tongue for so long at the synod, will surely have to speak up now and then. By the time next year's synod rolls around next fall, and the auditorium is filled with delegates from all over the world to discuss the family and sexual morality again, there will be speeches before the European Parliament in Straßburg this year and at political meetings in Paris, New York and Washington in 2015. Family is sure to be a topic of discussion. And in February, it appears, the Pope will create a new consortium of cardinals. Maybe that will offer him the opportunity to proceed with his course of staff reformation.

If the Pope wants the Catholic Church to develop and grow, as ordained by the Second Vatican Council 1962-1965, he will have to do some soliciting. Before the synod Francis said he wished to hear the "cry of the people." With that, he surely did not mean that he wants to see the status quo upheld.

The Catholic Church has brought to a close an enthralling synod, the results of which, however, are not as spectacular as was hoped. But the meeting marks a beginning. We will have to wait for the rest.

Bishops water down wording on gays and divorcees

Catholic bishops have ended their two-week Vatican synod still in disarray on gay union and whether divorcees can receive Communion. Their final document scraps more progressive wording in an earlier draft. (18.10.2014)

A preliminary document released by Roman Catholic bishops has suggested a shift in the Church on family matters. The paper touches on the issues of homosexuality, cohabitation, divorce and contraception. (14.10.2014)

Catholics from around the world are looking to the Vatican as the first Synod under Pope Francis gets underway. Some of the Catholic Church's most contentious issues relating to marriage and family are discussed. (05.10.2014)

Pope Paul VI has been beatified at a Mass in the Vatican. Although remembered widely for reaffirming the Catholic Church's ban on artificial contraception, he also left a legacy of reform. (19.10.2014)