Opinion: Iran′s mullahs have overstepped the mark | World| Breaking news and perspectives from around the globe | DW | 17.06.2009

The protests in Iran over the presidential election show no sign of abating. There are reports that people have been killed and pro-reformists arrested. DW's Sybille Golte says the situation is almost out of control.

For years, any form of opposition in Iran occurred behind closed doors. The norms and taboos set by the mullahs were ignored - privately and secretly. Only those Iranians living in exile dared to overtly challenge President Mahmoud Ahmadinejad. Those pro-reformists within Iran had gradually turned into a toothless tiger.

With the mullahs' backing, Ahmadinejad enjoyed a free hand to impose his will across the country. Sharia law was implemented to the letter, including the persecution of religious minorities, executions, whippings, stonings and a crackdown on press freedom.

Last but not least, there is the regime's nuclear policy which has led to increasing international isolation.

A step too far

Now, the alleged irregularities at the polls appear to be the straw that broke the camel's back. So many Iranians seemed to be under the illusion that they were voting for true change and reform under a new president, Mir Hossein Mousavi. 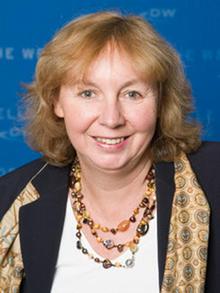 As a result, the anger and frustration over this fraudulent election have triggered mass protests which are threatening to destabilize the regime. Such is the momentum that no one can say for sure whether the situation will spiral out of control completely or whether the mullahs will manage to clear the streets and quash the protests.

The international community has been keeping a keen eye on Iran and Ahmadinejad for years - and not just on the country's nuclear policy. Geo-politically, Tehran is a key player in the region and exerts considerable influence, be it on Iraq or Afghanistan, or in its role in finding a solution to the Palestinian problem. On an economic level, there would be turmoil on the oil markets were the country to drift into chaos and anarchy.

This is what makes the situation so volatile and there are many who covertly or overtly welcome the latest developments and their potential to derail Ahmadinejad's regime. However, the international community is concerned about what happens after the power struggle and its cautious reactions have reflected those worries. Both the EU and the US have not gone beyond voicing their concern or summoning the respective Iranian ambassadors, but surely these times of upheaval demand much more than that.

What next for Iran?

The situation begs a series of questions: Will there be another revolution? Will the country be gripped by civil war? Will Mousavi and his reformist camp gain power in the event of a rerun? Would that be enough to appease the protesters or has it gone beyond that to a point where the mullahs and their regime are no longer tenable? The status quo is throwing up more questions than answers thanks to an unpredictable president and his conservative backers who have clearly overstepped the mark without considering the consequences.

One thing, however, is certain. Iran will never be the same again as a result of a presidential election that has transformed the country to a degree that none of the candidates could have imagined.

Protestors are using the popular micro-blogging site Twitter to make an end run around the foreign press blackout in Iran, and getting help from the US. Here’s a look at what they’re saying. (17.06.2009)

Mass demonstrations in Tehran over Iran's disputed presidential election results have dominated world headlines. What do the German newspapers have to say? (16.06.2009)