Germany has confused integration with assimilation for too long, says DW's Peter Philipp. Germans should stop expecting immigrants to become like them.

Both the United States and Canada are immigrant countries with professed immigration policies, but with entirely different methods of taking in new residents.

The US has fostered the "melting pot" principle for a long time -- perhaps too long. Immigrants should adapt to the majority and adopt their supposedly shared way of life, while leaving behind the culture that had shaped them thus far. The "American way of life" has become a model to strive for.

Canada, on the other hand, consciously conducts a policy of multiculturalism. Immigrants are encouraged to preserve their cultural heritage and introduce it into Canadian society. This means that Canada is constantly in a state of development and change. 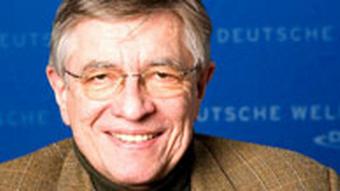 These are just two examples of many. In both cases, the immigrants are integrated and take on a role in society. In the US, they also undergo a process of adaptation, while in Canada they help to form the society.

In Germany, the situation is different. Here, people pretended Germany is not a country of immigration, even though the recruitment of guest workers created the basis to become one.

Even when guest workers started to settle in Germany, raise children and acquire German citizenship, the majority population still neglected to integrate these people into society. Instead, they accuse the immigrants of preferring to live in a parallel society rather than integrate.

But this attitude has more to do with assimilation than with integration. The latter involves two elements: the person who wants to integrate and take on a role in society and the society that is ready to accept the person.

Without coming out and saying it, people have expected immigrants to assimilate rather than integrate. This has brought into being the term "deutsche Leitkultur," which roughly translates to "mainstream German culture."

"If immigrants want a place in our society, then they should become just like us." It's impossible to reason with an argument like that. The factory worker from Anatolia, the doctor from Iran or the asylum-seeker from Africa won't suddenly start reading German literature or cooking German food.

It's unrealistic to assume even "the Germans" do that themselves.

Integration means that everyone in a given country has a part in the whole, no matter where they come from or which religion they believe in. Assimilation, however, is an individual decision to adapt.

Problems arise when states try to force minorities to adapt -- as the Turks have done to the Kurds. Even complete assimilation doesn't protect minorities from hostility or persecution -- as experienced by Jews in Nazi Germany.

Peter Philipp is Deutsche Welle's chief correspondent and an expert on the Middle East. (kjb)

Brussels, the capital city of Europe, boasts a vibrant international community. So far, they've lived next to, not with, Belgians. A new integration project is trying to change that. (13.01.2008)

A study looking at the integration of Muslims in Germany has revealed that a high percentage of Islamic inhabitants harbor fundamentalist attitudes. (20.12.2007)

What approach does your country take to immigration? What approach do you think Germany should take? Please include your name and country in your reply.