Opinion: Indonesia must better prepare for the next tsunami

Indonesia must make technical improvements to its early warning system for tsunamis. However, it ultimately falls to the authorities to better prepare the country for natural disasters, DW's Hendra Pasuhuk writes. 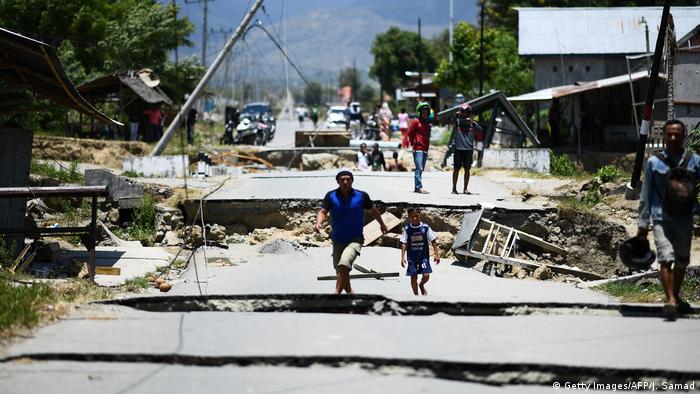 Once again, Indonesia's coastline has been devastated by a tsunami. This time, it was Sulawesi Island that was hardest hit, in particular the provincial capital, Palu, and the next-largest city, Donggala.

According to the authorities, the death toll on the island has now surpassed 1,200. The United Nations estimates that more than 190,000 people are in need of humanitarian aid.

Within Indonesia and abroad, people are increasingly wondering why the public was not warned that a tsunami was imminent. The country's early warning system, installed with help from the German Research Centre for Geosciences, did in fact sound the alarm after five minutes, predicting waves 0.6-3 meters (2-10 feet) high. The country's BMKG meteorology authority issued a tsunami warning, but withdrew it 37 minutes later.

The Indonesian tsunami researcher Widjo Kongko, who was educated in Germany, told DW that the sensors installed in Palu to measure wave height did not work at the time of the incident. Experts working at the early warning center only had access to data from sensors roughly 400 kilometers (250 miles) away, in the city of Mamuju. Those sensors showed no cause for alarm, prompting authorities to withdraw their tsunami warning. It would have been better, however, to have kept the warning in place for longer.

Indonesia's government needs sensor technology capable of accurately measuring the height of waves on the ocean, not just on the beach, Kongko said. German officials helped install that kind of technology in 2005, but the expensive devices have frequently been damaged by vandalism. Furthermore, the technical expertise and funding required to maintain those systems has often been lacking. 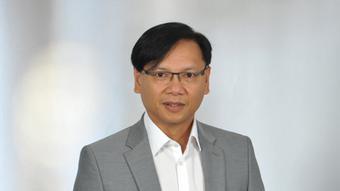 No expert could have predicted 5-6-meter waves. The kind of earthquake experienced on Sulawesi usually does not create a tsunami. It is believed that the shape of the island, which resembles the letter K, and Palu's location on a bay contributed to the unusual wave height.

The important question is how Indonesia can better prepare for future tsunamis. The Indonesian archipelago is situated on the Pacific Ring of Fire, an area known for its relatively frequent volcanic eruptions and seismic activity. It is impossible to predict the exact time that earthquakes will occur, but people can nonetheless better prepare themselves for such catastrophic events.

After the 2004 tsunami devastated the region, Indonesia overhauled its disaster-relief and -management systems. In addition to installing better tsunami detection technology, the authorities conducted numerous disaster drills. Regional officials were schooled in disaster response scenarios. Germany's Economic Cooperation and Development Ministry and the DW Akademie, among other agencies, helped fund the training.

How can authorities most efficiently alert people in affected areas when a tsunami is detected? What should residents and local authorities do once alerted?

Determining the proper response requires regular training for disaster scenarios. Learning what to do in case of an earthquake and/or tsunami should become a part of regular classroom education. Any agency that has to do with disaster response should be trained regularly and familiar with the latest technical opportunities and challenges. Possible evacuation routes must be determined and clearly marked. There is also often local wisdom pertaining to tsunamis gained from generations of experience.

Humanitarian logistics must be organized. In the event of a disaster, the distribution of aid and information needs to be ensured. Life-saving aid must reach catastrophe-hit areas as quickly as possible. Communication channels and the supply of electrical power are often damaged during natural disasters. How such important information is disseminated can differ from location to location.

To be properly prepared costs money. That's where other countries, including Germany, can be helpful. These are necessary and important investments that can be made now to save many lives in the future. The next tsunami will undoubtedly come: The only thing we don't know is when.