Opinion: Honduras crisis was long in the making

The escalation of Honduras' election crisis was foreseeable. Martin Reischke says the international community hasn't shown interest in the country's development under President Hernandez, or overlooked it deliberately. 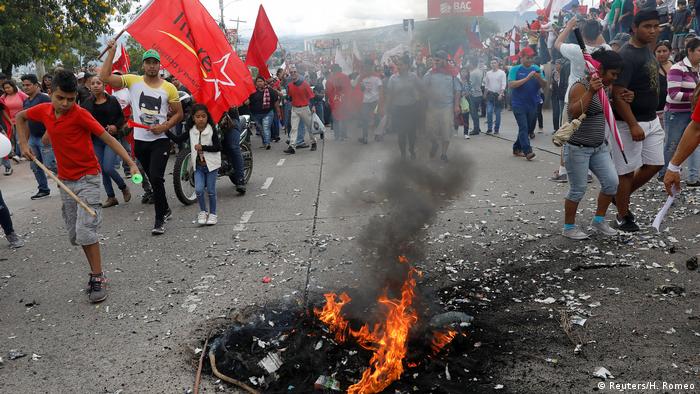 After the turbulent elections in Honduras, what happens next may be unclear, but the renewed triumph of President Juan Orlando Hernandez can certainly not be seen as a legitimate victory. He may have won the majority of the votes but there is still great doubt about the official ballot count. The country did not suddenly move away from democracy when the state of emergency was announced last Friday. According to local reports, state security forces have committed numerous human rights violations since then, and people have even been killed.

In recent years, Hernandez expanded and consolidated his power by taking control of numerous state institutions, like the military and the judiciary. He also maintains strong relationships with influential media outlets. Under Hernandez, Honduras has transformed itself into an authoritarian state that walks all over human rights and responds to the country's massive violence problem with hard-handed policies. 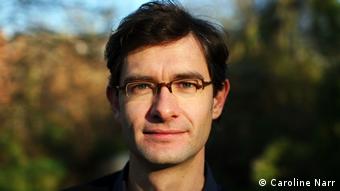 As the Honduran constitution only allows a single-term presidency, Hernandez' re-election is illegitimate. He is paving the path to a dictatorial military state. Accusations of election fraud are being fueled by the mysterious breakdown of the electoral authority's data processing system. Before the system failure, opposition candidate Salvador Nasralla had a comfortable lead on his opponent.

This also shows that President Hernandez's grip on power in the country is not as firm as he makes it out to be. Protests against his neoliberal policies are often violently repressed. One of the tragic low points was the murder of environmental activist Berta Caceres in the spring of 2016, in which army members may have been involved. In the long run, however, opponents of Hernandez will not be intimidated even by the government's repressive policies.

This may be one of the reasons why so many Hondurans voted for the opposition candidate Nasralla, even though Hernandez ran a massive campaign with the help of state institutions and major media outlets. And it also may be a reason why thousands of Hondurans all over the country took to the streets on Sunday to support opposition candidate Salvador Nasralla and demand a democratic electoral process - despite the state of emergency and repressive security forces.

US stands by and watches

An important political force has stayed out of the election campaign: the United States. Yet no major decisions are made in the region without Washington's blessing. Thus, the hardliner Hernandez was allowed to stand for his illegal re-election. Washington does not seem to care about the authoritarian and anti-democratic leanings of the president, as long as he opens the doors for international investors, cooperates with the US military and prevents a shift to the left in the country. The US embassy in Honduras may be doing the right thing by appealing for reason and calm and calling for a transparent electoral process, yet it is quite hypocritical as the US could have put an end to Hernandez's renewed presidential ambitions well in advance.

Other countries have also stood by. The current crisis has been in the making for a while and it was foreseeable. Critical observers in the country had repeatedly pointed out that Honduras stood before an explosive election - but the international community did not pay much attention to them. The least foreign countries can do in this crisis is to push for a transparent count of all the controversial ballots, as the opposition demands, to prevent the country from descending into military dictatorship.