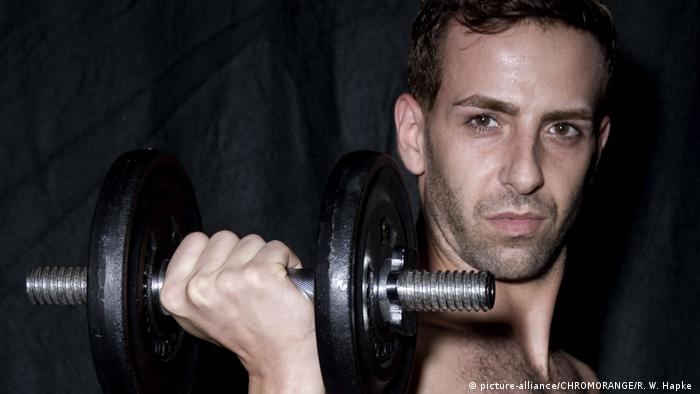 Some men are so upset they're throwing their razors away. Anything to avoid sissy stubble! Even if it does mean looking like a Neanderthal. Speaking of Neanderthals, they had it good, didn't they?

In the cave, the scripts were crystal clear. Men hunted and women gathered. Nothing to be ashamed of there. And the cave ladies always had a smile for you when you returned from the kill.

Oh, but those were the days! When the biggest threat to your ego came from a bear and not a blade. When women used their creativity to make jam out of juniper berries. Not ads based on their everyday experiences.

It's almost enough to make you well up like those effeminate menin the Gillette ad. What's their problem anyway? What reason have they to contemplate their identity while a montage of sexual harassment from the real world and film plays in their minds?

The enlightened commentator Piers Morgan, himself on the brink of growing a beard, has it right. "Let boys be damn boys & men be damn men — and stop this damaging war on masculinity," he tweeted.

And, truth be told, this is a war. Not the traditional kind for which our bodies are routinely sacrificed. They're the good ones. At least they feature real tanks. The PC brigade steered by hairy feminists howling "sexism" is far more pernicious. And Gillette, by allowing it to pass into the exclusively male world of grooming, has gone too far. There is no safe space left.

The least they could have done is issue a trigger warning. Even a gun, which is far less threatening to masculinity, has one.

"The following ad may force you to contemplate yourself in a negative light," it could have said at the beginning, allowing you to skip watching and cut straight to the comments section.

But no, just as you'd man-spread yourself out on the couch expecting your favorite razor blade producer to offer the usual suggestion of a connection between a good shave and sporting prowess, they delivered something truly heinous: an appeal to your conscience.

It's these architects of reflection who are the real enemy in the #metoo era. Those who dare to examine our fragility. To point out our weaknesses. To call us out for our misbehavior.

Because, you see, it hurts!

It hurts to realize that you might be complicit in a culture of degradation not just of girls and women but of boys and men.

It hurts to think that the time you whistled at a girl or made a suggestive comment to a waitress might have been inappropriate. It hurts to think that you've spoken over your female colleague, or taken the credit for her ideas. That you may have belittled boys who didn't conform to your ideal of what a man should be. Or tried to mold them into a mini version of yourself.

It hurts to see yourself as a villain.

So allow yourself to hurt! Be like a snowflake and have the courage to reflect on the world around you. Let that anger melt away. Turn it into the best it can be. And remember that no matter how well you wear that beard, the Neanderthals who inspired it are now extinct.