Germany has so far done a good job in maneuvering through the financial crisis. And the country's labor market also appears to be in good shape. But it's deeply split, claims German sociologist Christoph Köhler. 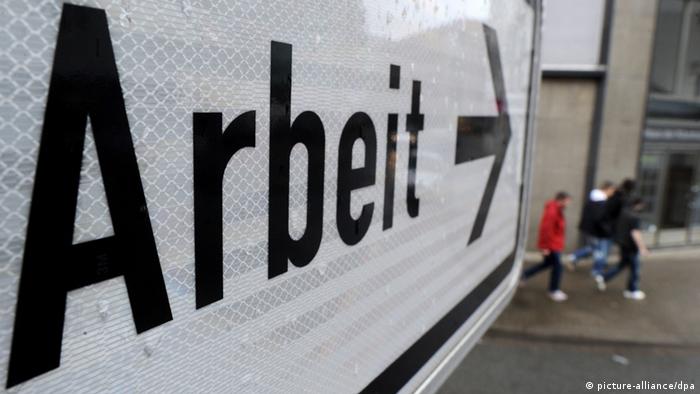 German society faces a double division. On the one hand, there's the gap between people with low and high earnings, where the difference has become bigger over time. The second division can be seen in the difference between the worlds of primary and secondary employment, with the latter involving sub-standard wages, insecure job contracts and high unemployment. That segment has also grown significantly over the past two decades. 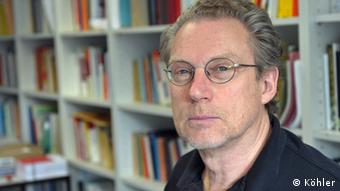 Christoph Köhler thinks redistributing wealth will not be plain sailing

I expect the labor market situation in the primary segment to improve because of the demographic changes at hand. The baby-boom generation is beginning to be pensioned off, leaving behind a shrinking younger generation. Despite the crisis in southern Europe, Germany is positioned well on global markets. Employment opportunities for highly skilled people will therefore improve. Widespread fears among young people as to their future are unfounded. There's no reason for us to put our heads in the sand: we can and should think more about alternative concepts of living, such as taking a certain time out for family, education or other enthusiasms. And we need to think more about political alternatives with a view to solving social and ecological problems.

As for the secondary labor segment, I tend to be pessimistic. The expansion of that sector with low wages and atypical job contracts started in West Germany and elsewhere as early as the mid-1990s and has spread over two business cycles now. The improved labor market is reflected in the fact that this process came to a halt in 2007, although the numbers involved had already reached a very high level. This coincided with a fall in unemployment. But we cannot sound the all-clear, as the secondary job segment plus three million jobless people together amount to some 11 million people. The poverty rate has hovered unchanged around 15 percent since 2007.

The secondary job sector doesn't stand to profit much from the expected demographic changes. During the years of underemployment, a huge pool of low-wage earners and inadequately qualified workers has developed, and this has been fed continuously by school leavers with poor graduation marks. Meanwhile, the demand for unskilled labor is stagnating or even shrinking, and is unable to absorb them.

A secondary job sector of this magnitude is poison both for those affected and for society at large. An underclass has taken root on the infertile soil of unemployment and precarious labor; its members have only a slight chance of moving up to better positions. Health and social risks merge here, together with poverty stemming from low pay and old age, and they are all passed on to the next generation. The suggestion that this has something to do with immigrants is misleading, because the biggest part of the underclass in question is German to the backbone.

Society gets burdened with heavy follow-up costs in the social, educational and health systems. In addition, a secondary labor sector of this size produces relegation fears in the middle class and political apathy in the under-class. And both are no good for our democratic institutions.

Nowadays, many academic and political observers agree on the diagnosis. All the political camps more or less explicitly support educational and political initiatives for the expansion of all-day schools and child care facilities, but these are not followed through consistently enough. Parts of the middle class fear that redistribution in favor of socially disadvantaged children will result in a worse education for their own children, and so they demand a segregated education system. Politicians for their part fear losing votes and are afraid of the massive costs of an educational overhaul.

There is considerable disagreement over employment and labor market policies. One camp wants to improve social benefits for the unemployed, while introducing a minimum wage across the board for those in employment and sharply reducing irregular employment contracts. The other camp assumes that such a return to regulation and the inherent higher labor costs would lead to a rise in joblessness. The motto here simply is: Better poor employment than none at all.

A disciplined implementation of a return to regulation could indeed entail the loss of some jobs. Nonetheless, I think the suggestions made in this direction are helpful. For one thing, in a cautious process of experimenting one would be able to tighten regulations slowly and thus minimize the loss of jobs. Secondly, one has to include in the equation the high social costs of the secondary labor segment mentioned above. And thirdly, it would be possible to expand public employment instead of privatizing services. New jobs could be created that way.

Swedenprovides an example that such a model could actually work in Germany, a country with similar economic conditions. But this presupposes the redistribution of wealth and income which has to be implemented against the protests of capital owners, high-wage earners and politicians. Trade unions could and ought to play a decisive role in this.

Professor Christoph Köhler heads the Institute of Sociology at Jena's Friedrich Schiller University. His special focus is on the structure and dynamics of the labor market, together with international company-specific employment systems and labor market segmentation. In addition, he does research on labor market flexibility, employment risks and social security.

Jane Doe to get the job in Germany

A picture as well as personal details like age, gender and marital status are common on German job applications. But an anti-discrimination office wants to change the practice and says anonymous applications are fairer. (11.04.2013)

Technical professions are still a predominantly male domain, as a visit to the Hanover Trade Fair shows. But there are exceptions to the rule, which might herald a change in the sector. (12.04.2013)

Public confidence in the European Union has hit rock bottom, a recent survey reveals. Since the onset of the euro crisis, Europeans have lost faith in the bloc, even in pro-European countries, like Germany. (26.04.2013)