He will be remembered, just like Lenin, Che, Mao and Stalin. Yet, Fidel Castro's legacy will be symbolized by one thing more than any other, says Amir Valle: A poorer Cuba, full of deceived and oppressed citizens. 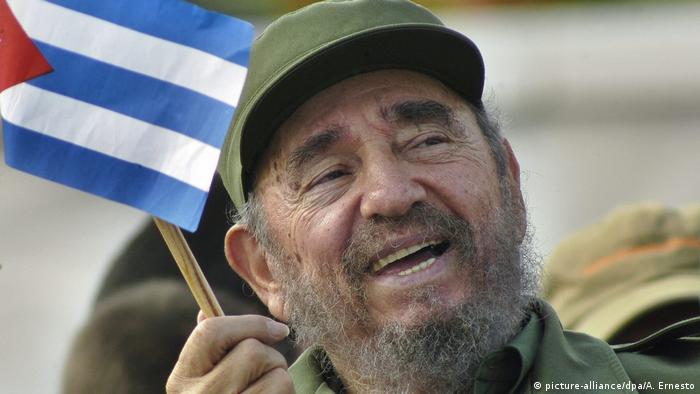 It no longer matters that millions of people adored him as the last leader in the fight for a better world. Just as little as it will matter that as many deplored him because he was a demagogue, a political chameleon, and a man whose absolute power - which led the poor of the world to see him as a messiah - allowed him to run an entire country as if it were his own personal estate.

What is important is that he is dead, and that before his death he was unable to keep the many promises that he made to the Cuban people. And that the "bright future" he promised Cubans never came to be.

His online admirers are already talking about his historical immortality. On discussion forums, fans are convinced that not only are his ideas eternal, but also the man himself. The fact that he survived more than 600 assassination attempts is seen as proof that the physical immortality that many of his most ardent supporters ascribed to him was not all that naive. In this way, they give new life to the myth of "the last revolutionary of the 20th century."

For many Cubans he was a rambling old man

What they forget is that even in opinion polls conducted among Cuban government officials, Fidel Castro ceased to be a symbol of hope years ago. More often, people saw him as an old man that popped up in front of the press now and again in an attempt to shift the focus of Cubans toward a new cause: saving the planet. 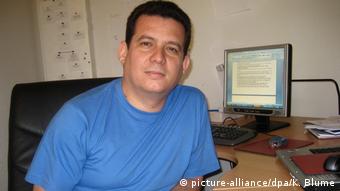 Amir Valle is a Cuban writer

He spoke of global warming, melting glaciers and the nutritional potential of a plant called Moringa - but he was unable to recognize that the real climatic threat facing his people were the hurricanes that regularly hit Cuba; forcing thousands of residents to seek protection in emergency shelters, or poor, in fact uninhabitable, dwellings in which they were exposed to disease due to catastrophic sanitary conditions.

On other internet platforms, the fact that Fidel insisted his body be cremated is looked upon as a sign of humility. Yet, many Cubans will recall a curious anecdote that began to make the rounds after Fidel fell during a public appearance, breaking several bones as a result. Eugenio Selman-Husein, Castro's personal doctor over the last several decades, told friends of the fear that gripped Fidel at the thought that his enemies might joyfully desecrate his embalmed corpse should the revolution finally come to an end. Thus, he refused to fulfill the wish of many of his most ardent supporters - that the Comandante's body be enshrined forever in the Jose Marti Mausoleum on Revolution Square - just like Lenin's on Red Square in Moscow.

The Cuba that Fidel Castro leaves behind is not very different from the one that dictator Fulgenicio Batista left behind when he fled into exile in December, 1958. Cubans are still waiting for a more prosperous country, a nation that can live in dignity, for true equality for all Cubans, for complete independence in all issues of national interest, and everything else that Fidel promised in his historic "History Will Absolve Me" speech.

All it takes is a comparison of the economic, political and social situation then and now to see that after 57 years of "revolutionary" social programs, the island is in worse shape than when he took power.

Fidel Castro leaves behind a country that has one of the poorest economies in the Americas. An island on which repression against political opposition was, and still is, commonplace, and where one can no longer speak of educational and healthcare systems comparable to those in the West. According to official opinion polls, the only dream that young Cubans have today is to emigrate.

While it was expected that US President Barack Obama would not attend the late Cuban leader Castro's last rites, Russian President Vladimir Putin's omission comes as surprise. Canada's Trudeau will also give it a miss. (28.11.2016)

The Ladies in White, who have rallied almost every week since its founding in 2003, have called off this week's protest. Cuba is in nine days of mourning for its longtime leader Fidel Castro, who died Friday at age 90. (28.11.2016)

Cuba: Life without the eternal shadow

Waking up without Fidel: Around 12 million Cubans have just spent their first day without the Máximo Líder. (27.11.2016)

Cameroon: Deadly fire breaks out at nightclub after fireworks explode 8m ago

US: Lab monkeys found and killed after Pennsylvania road crash 5h ago

Opinion: Why 2022 will be critical for Jews in Europe 7h ago