Opinion: Euro 2020 — Germany got more than they deserved

For much of Wednesday night, Germany and Joachim Löw were staring down the barrel of another embarrassing early Euros exit. Despite qualifying, they were poor against Hungary and their flaws remain, says Matt Pearson. 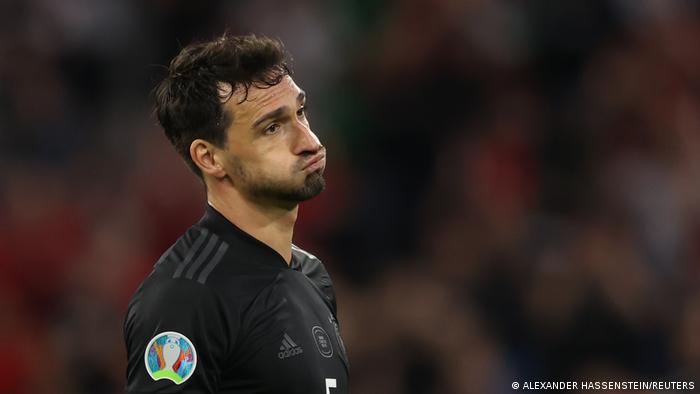 Mats Hummels had a disappointing night, hitting the crossbar with a header for Germany

A few die-hard Germany watchers aside, few will remember a 2- 2 draw with Ghana in the group stage of the 2014 World Cup. But everyone remembers who won the final.

Seven years later, the drama of a night where Group F swung as wildly as a toddler with a tennis racket might mean Wednesday's 2- 2 draw leaves slightly more of a mark. Coach Joachim Löw and his players will want to forget it, but only a dramatic improvement will allow them to.

A big win over Portugal on Saturday, helped by the European champions' bizarre reluctance to defend their flanks, gave way to a first half as tepid as recent low points against Spain and North Macedonia.

Ponderous in possession, short of ideas and lacking an attacking focal point, Germany looked every bit the average side they've been for much of the last three years.

That Mats Hummels and Matthias Ginter had their best chances and were their best creative outlet in the opening 45 tells you all you need to know.

Germany only really improved when they changed their shape and reunited Joshua Kimmich and Bayern midfield teammate Leon Goretzka in the center of the park, and the latter was the man whose deflected effort eventually got Germany over the line.

In the end it was squad depth that really got them in to the last 16. Löw was saved by the bench, by the man he didn't pick, with Leroy Sane preferred to Goretzka to start the game.

That loss to North Macedonia in March, a tame draw with Denmark pre-tournament, a pair of Nations League draws with Switzerland and much of the 2018 World Cup group stage should have told Löw he needs to adapt his tactics against sides happy to absorb pressure and counterattack, as Hungary did sporadically but dangerously throughout on Wednesday. He doesn't seem to have got the message. 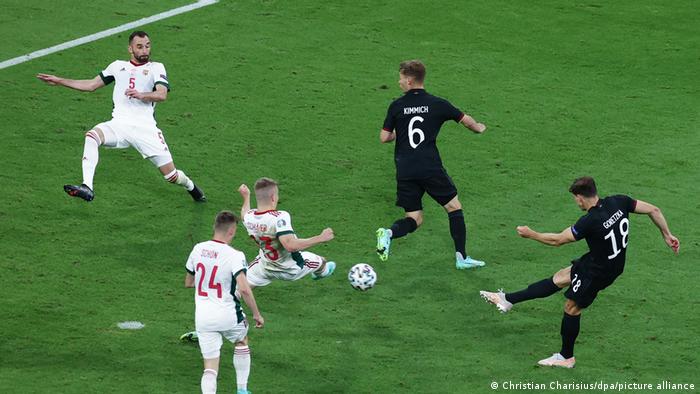 While Hungary's attacking players impressed, that the scorer and assister for their brilliant opener on Wednesday usually play for Mainz and Freiburg in the Bundesliga gives an indication of the gulf in pedigree. Kimmich, Goretzka and the rest of the Bayern contingent swatted away those sorts of teams regularly under the guidance of the man set to replace Löw, Hansi Flick, while also retaining the ability to counterpunch against their equals.

Germany's best performance for years against Portugal means they finish second and meet England in the round of 16 at Wembley, rather than Belgium in Seville. All signs point toward Gareth Southgate's men being another side happy to sit on the back foot. Can an old leopard like Löw change his spots and mix things up from the start?

The world will see on Tuesday. Even by then, the weaknesses displayed on Wednesday will have faded from the collective memory somewhat. But it's difficult to believe they will have disappeared.