The Rwandan genocide began 25 years ago. However, the deadly repercussions are still being felt. One only has to look to the neighboring Democratic Republic of Congo, writes Dirke Köpp. 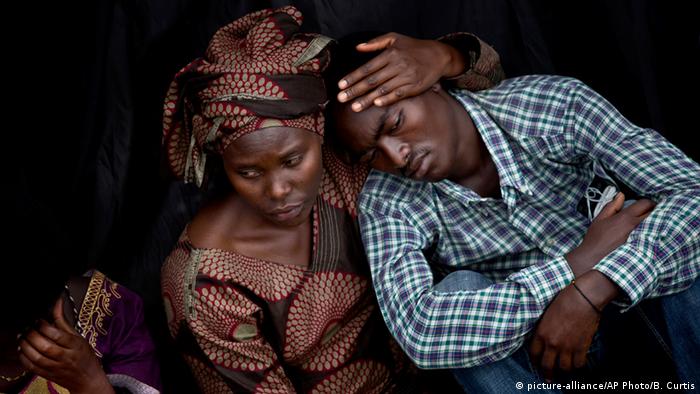 Stroll through the Rwandan capital, Kigali, today and you'll encounter well-kept streets, new skyscrapers and business centers — a modern city. And yet, 25 years ago, these same streets — and roads throughout the country — were lined with hundreds of thousands of corpses. The putrid smell of decay hung the air.

It has been a quarter century since nearly 1 million people, most of them from the Tutsi minority group but also members of the Hutu majority, were massacred in Rwanda in the space of a few months.

It took a long time for the massacre to be recognized as a genocide against the Tutsis, and for the world to say that it would "never again" look the other way.

And yet, the world continues to look away every day. Not in Rwanda. But in Yemen, Congo, Myanmar, South Sudan, in the Sahel. It's not always conspicuous mass killings. Instead, many smaller attacks occur on a daily basis, and they're largely ignored.

Arms in the wrong hands

At the moment, Germany, France and the UK are arguing about whether they should supply Saudi Arabia with weapons — and if yes, which weapons.

And yet, all three countries must be aware of what happens when weapons are sold to the wrong people. Recently, a DW report revealed that German arms are being used by Saudi forces to kill innocent people in the Yemen conflict.

In Rwanda, it emerged afterward that France had been supplying weapons to the regime until just shortly before the genocide. And instead of protecting civilians with the Operation Turquoise military intervention in June 1994, the French army allowed the perpetrators, along with their weapons, to retreat to what is now the Democratic Republic of Congo.

The people in Congo have been suffering the effects of this failure ever since. Barely a day goes by without massacres and attacks by armed groups in eastern Congo. But because it's happening a little each day, and far away in small villages, the violent killings are largely ignored by the media. The international community only tends to react when the body count hits 100 or more.

To compare the numbers: The Rwandan genocide cost the lives of around 800,000 people. But in the aftermath of the massacre, millions of people have been killed in eastern Congo in the last 25 years, in what to this very day is a sort of "collateral damage" of the Rwandan genocide.

On a recent visit to the Kigali Genocide Memorial, Congo's new president, Felix Tshisekedi, remarked that this "collateral damage" has not spared his country, which has "suffered the loss of millions of lives."

Tshisekedi's visit to Rwanda could be a first step toward reconciliation between the two neighboring countries, which have been at odds for more than 20 years. The root of the tensions has always been about domination in the region and Congo's resources.

Repression to prevent another genocide

Rwandan President Paul Kagame's authoritarian style of government — often referred to in the West as a "developmental dictatorship" — punishes his critics with imprisonment. Kagame has called it a necessary evil to prevent a new genocide; apparently this is the only way to keep history from repeating itself.

Take the case of opposition politician Victoire Ingabire, who was accused of playing down the genocide and served six years of a 15-year sentence for inciting insurrection. Last September, in a big show, she was pardoned by Kagame.

When she criticized the president again, she was again threatened with detention. This threat, of course, was not made in English or French, but in Rwanda's Kinyarwanda language, and was therefore was missed by most foreign media.

Behind the facades, Kagame's highly praised reconciliation project has not yet progressed as far as the president would have the world believe.

Rwandan overtures to reconciliation are impressive, especially the willingness of ordinary people to forgive the murder of their parents, children and siblings. The state, however, is not setting a good example.

Official proclamations only ever mention the genocide of the Tutsi. Forgotten are all those Hutu who lost their lives because they dared to help save the Tutsi from the murderers in their own ranks.

This doesn't mean that Rwanda is in danger of facing another genocide. It does, however, show that the country, and the region, still suffer the consequences of the 1994 massacre. And that the road to reconciliation is far from over.

The Democratic Forces for the Liberation of Rwanda (FDLR), continue to destabilize eastern Congo and wage war against Rwanda, with hope that one day they will topple the government of President Paul Kagame. (16.06.2017)

Russia expels US and Polish diplomats over sanctions 35m ago

US: Biden reacts to Indianapolis shooting, says gun violence is an 'epidemic' 1h ago

Germany and France agree on climate cooperation with China 3h ago

Opinion: After unveiling sanctions, does Biden hope for a deal with Putin? 4h ago