Opinion: Clinton Connected Emotionally With Voters | Germany| News and in-depth reporting from Berlin and beyond | DW | 09.01.2008

Hillary Clinton got watery-eyed during the New Hampshire primary. And that, says DW's Christina Bergmann, may have been the key to her comeback -- especially among Democratic women.

Hillary Clinton may have only bested rival Barack Obama by two percent, but her win in the New Hampshire primary has huge implications for the New York senator's campaign to win the Democratic nomination for president.

Polls predicted an Obama victory. But predictions don't decide what voters actually do with their ballots. Many only decide which candidate to support just before they go to polling stations.

Hillary Clinton knows all about the perils of being the favorite. For months, she was considered the frontrunner for the Democratic nomination, only to get a nasty surprise in the Iowa Democratic caucus. 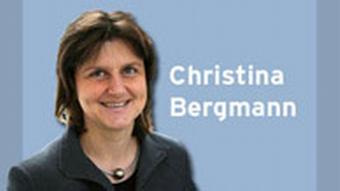 In Iowa, Barack Obama succeeded in attracting the most support among female voters, and he also pulled in a lot of independent and crossover votes from Republicans.

Clinton's campaign strategy was in shambles, and the sudden disintegration of her support led to an emotional moment in which the senator seemed to be choking back tears.

Showing weakness is usually a faux pas in politics, and her competitor John Edwards couldn't help but sneer that an American president was not allowed to engage such emotional displays.

But New Hampshire women didn't see expressing feelings as a weakness. And despite speculation in the media about whether Clinton's wobbly moment was staged or not, female voters clearly believed Hillary and gave her -- and not Obama -- their support.

What woman hasn't had to fight back tears of rage, despair, frustration, disappointment or simple exhaustion? Men may see that as weakness; women don't.

Whatever you think of Hillary Clinton, the New Hampshire result puts her back in the race, which is a good thing. Her campaign didn't deserve to crash and burn before it had ever really got off the ground.

That's the real message that was sent by New Hampshire's female voters.

The campaign for a Democratic nomination now continues. The voters, male and female, will now get a chance to decide whether a woman or an African-American will get the chance to become America's next president.

A new poll has found that US-EU ties are unlikely to recover even after the election of a new American president next year. At the same time, most Europeans favor cooperation with the US in dealing with global threats. (07.09.2007)

What's your view of Hillary Clinton? Send us an e-mail. Please include your name and country in your reply.