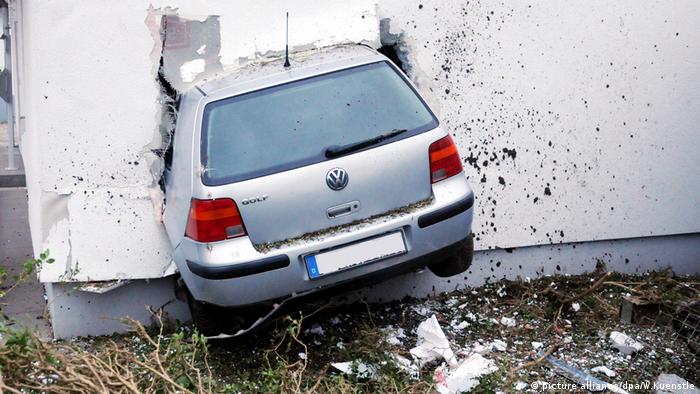 It can be assumed that telephone lines in the German carmakers' cities of Wolfsburg, Stuttgart, Munich, Ingolstadt and Zuffenhausen were extremely busy over the weekend. Maybe, a working group was in action somewhere, or maybe, the heads of the country's major carmakers held an urgent meeting in some undisclosed location, secretly.

This can be assumed because previous meetings of this kind have always been clandestine, no matter whether those present talked about convertible rooftops or emission control. The companies involved have a 20-year record of cheating and camouflaging - at the cost of consumers and competitors.

But last weekend, a new era was ushered in in the German automotive industry. Compared with what's come to light now, VW's dieselgate scandal looks like a joke. Although final evidence is still outstanding in this early stage of the German and EU anti-trust-authorities' investigations, it's already clear the accusations of large-scale collusion are a severe blow to Germany's flagship industry.

Carmakers are now trying to rescue what cannot be rescued anymore. As if in a race meant to beat each other, Daimler and Volkswagen have sent letters of self-indictment to Bonn and Brussels, because those who help bust a cartel can hope to pay a smaller fine or no fine at all.

This may help one or two carmakers to lessen their financial burden, but the reputation of the whole industry is severely damaged. Germans used to be proud of their VW, BMW and Mercedes. But who can be proud of cheats?

When VW's emissions-cheating scandal broke, faith in the German car industry suffered, which has only grown since it appeared in the process that other actors had also been involved in the scam. Any recent attempts to put German carmakers in a better light were nipped in the bud as a result of the new accusations.

First responses from the carmakers in question show pretty well what a blow the recent accusations were for them. BMW, Daimler and VW were quick to state that they would not comment on any speculation about having colluded to manipulate emissions.

The damage done seems boundless though, it feels like writing off a whole industry that employs 800,000 people, with families as well as whole cities and communities depending on those carmakers and their suppliers.

Their CEOs have often stated in the past they're aware of their social responsibilty. Forget it! They never meant it!

The German government has also played a significant role in this mega scandal. Especially heads of governments have granted ample political assistance when EU officials in Brussels have made attempts to reduce car emissions, or when China was about to push through a quota for electric cars. Invariably, car industry executives have been quick in such cases to threaten massive job losses, and the government has caved in.

Berlin finally needs to distance itself from its business-as-usual mentality. After all, who wants to be in cahoots with cheats? Car-making companies could well be in the process of losing a powerful ally.

We may get first indications during a so-called diesel summit next week, which had originally been scheduled to deal with whether free-of-charge car-refitting schemes may prevent a looming ban for diesel vehicles in Germany's city centers.

I don't think the government will play along after all that's happened. It'll also be interesting to see what the German carmakers will have to say and show at the IAA auto show in Frankfurt in a few weeks' time. Will they display any signs of regret? I strongly doubt it. And will the German chancellor deliver an opening speech again there - on the same stage with all those cheats, and only 10 days before the general election in Germany? At the moment, I really can't imagine that happening.