Opinion: Austria not out of the woods despite Van der Bellen victory

Norbert Hofer may have lost the presidential election to Alexander van der Bellen, but his Freedom Party has its sights set firmly on the chancellorship. 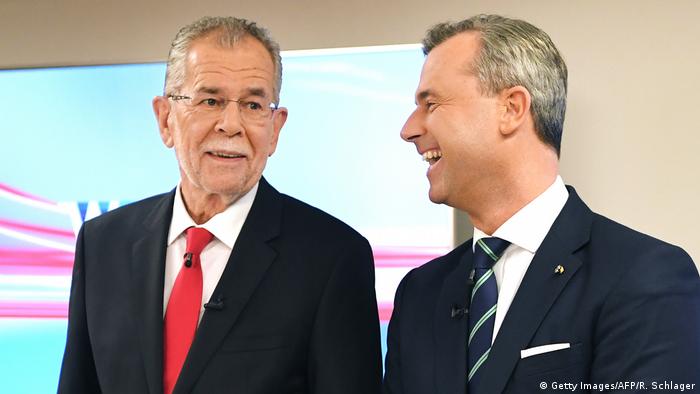 Norbert Höfer, the presidential candidate of the right-wing populist Freedom Party of Austria (FPÖ), only lost because he wasn't able to mobilize all his supporters. That may be because people in rural areas had grown weary of protest after an eleven-month election campaign. At the same time, it may be that fear of an FPÖ landslide drove voters who favored the former Green Party chairman Alexander Van der Bellen out to the polling stations.

Nonetheless, the FPÖ remains at 35 percent in the opinion polls, making it by far the strongest political force in Vienna.

Grand Coalition on its last legs

This is why even the Social Democrat (SPÖ) chancellor, Christian Kern, recently opened up to the shady right-wingers. He met the chief populist and FPÖ chairman Heinz-Christian Strache for a conversation that was broadcast live on radio.

Politically, Vienna's Grand Coalition of SPÖ and the conservative Austrian People's Party (ÖVP) is deeply divided, and is pretty much on its last legs. There's no prospect of any new ideas for the urgently needed reform of Austria's economic and social systems in a country suffering from high unemployment. Germany is its most important foreign trade partner by far, and numerous German companies manufacture in Austria, yet Austria is not profiting from the robust conditions that prevail in its larger neighbor. 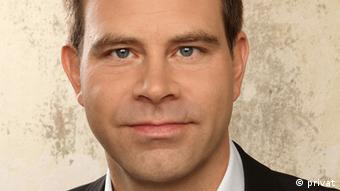 Austria provides a good example of what happens when partners in a Grand Coalition block each other, and are then repeatedly compelled to blame "far-off Brussels," while subtly obscuring the fact that they, too, are heavily involved in what goes on there. Despite its small size, Austria, with its 8.5 million inhabitants, is one of the most politically influential states in the EU. Back home in Vienna, however, politicians refuse to acknowledge this when it's a question of disguising their own incapacities: As, for example, when they have to explain to people that many things that were doable in the past are scarcely viable any more, such as Austria's customary 14-month annual salary bonus.

The FPÖ, on the other hand, is making its promises of salvation more confidently than it has done in a very long time. Because working with traditional partners in the West is not currently bringing about an upswing in the economy, it wants to look to the East - so the FPÖ deputy mayor of Vienna accompanied an economic delegation on a visit to the Belarusian capital Minsk. As if that's going to help. Austrians who mourn their country's former greatness are told that Austria must simply follow the nationalist path taken by its old empirical domains, or its western Balkan neighbors, to recover its former glory.

The FPÖ chairman declared to an audience of Serbian nationalists that Kosovo - a former Serbian province - was the "heart of Serbia." No matter that 95 percent of its population consists of ethnic Albanians who made it clear long ago that they want nothing more to do with Serbia. The FPÖ's support for the separatism of Bosnian Serbs, in defiance of all European reason and all stability in the region, speaks volumes. If the FPÖ succeeds in entering the Austrian Federal Chancellery, Vienna will send even more calamity Europe's way.

Democratic forces in Vienna have to prevent this. Austria needs new political power options - alternatives to the Grand Coalition. One possibility is a multi-party coalition of liberal NEOS (The New Austria and Liberal Forum), Greens, and either the center-right ÖVP or the social-democratic SPÖ: If, but only if, one of the two former people's parties courageously leads the way, takes a clear position and sticks to its own line in the election campaign.

The former chairman of the Austrian Greens and Independent candidate Alexander Van der Bellen has shown how it can be done. "We need Europe!" he said, even when attacks from the FPÖ were at their most ferocious. Now the staunch European and EU federalist Van der Bellen is Austria's president-elect. And as such he also has to ensure that Austria fulfills its international obligations to refugees deserving of protection, based on the Conventions on Human Rights.

Opinion: Ugandans are tired of Museveni but can't vote him out 7h ago