On Nov. 21, 2005, the Dayton Agreement ended the war in Bosnia and Herzegovina that left 250,000 people dead and 2 million displaced. But the treaty didn't create a fair peace, according to DW's Fabian Schmidt. 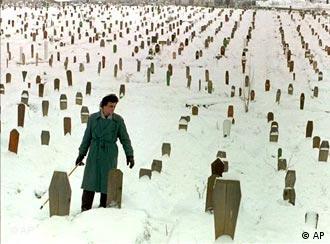 It was good because it gave NATO the mandate to apply the treaty with force -- if necessary. Dayton also made possible the development of inter-ethnic and inter-religious dialogue. It created the preconditions for coming to terms with the past, particularly through identification of the victims of mass killings and war, and by giving the International War Crimes Tribunal's access to the sites where the horrors took place.

But Dayton was not fair. It created the basis for an illogical peace. In contrast to postwar Germany, there was no "de-Nazification" in Bosnia-Herzegovina. Dayton was an attempt to build democracy upon the quagmire of national hatred. The treaty rewarded those who had waged war. It recognized the Republika Srpska as an entity with individual statehood, a republic whose very existence was based on rape and mass killings.

Time for a new constitution

Dayton created the foundation for parliament and governments to be formed according to ethnic quotas. It allowed ethnic and religious segregation in schools to become the order of the day. Even today, the nationalistic parties that waged war against each other are still in power in Bosnia and Herzegovina. 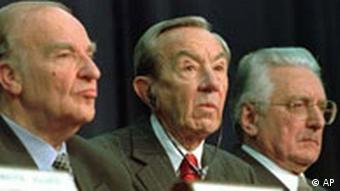 But above all, the Dayton Agreement gave the country an inefficient administrative structure. The country with its two entities, 10 cantons, one district and a central government has 14 parliaments and governments for only 4 million inhabitants. Bosnia and Herzegovina's constitution is not the result of self-determination. It was signed in Dayton by two foreign heads of state -- Serbian and Croatian presidents Slobodan Milosevic and Franjo Tudjman -- and by Bosnian President Alija Izetbegovic.

It's time that Bosnia and Herzegovina got its own, new constitution that can pave the way to Europe and shed the burden of ethnic division. Europe and America are ready to help. Now it's up to the people of Bosnia to recognize the opportunity and take action.

German Aid for Minesweeping in Bosnia

Ten years after the end of the Bosnian war, landmines continue to threaten the lives of around 1.3 million people. Germany is now making funds available to speed up the mine clearance activities in the country. (July 3, 2005)