The Sackler family, which owns OxyContin maker Purdue Pharma, is believed to have transferred about $1 billion (€900 million) to themselves, including to their Swiss bank accounts, court papers showed. 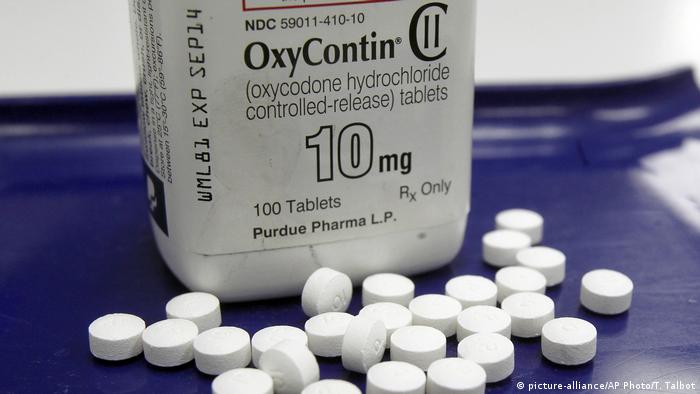 The information came out as the Sacklers and their company, Purdue Pharma, are in the process of reaching compensation agreements for those hurt by opioid painkillers.

The company and family sit at the heart of investigations into the US opioid abuse epidemic, facing accusations that they flooded US communities with prescription painkillers.

OxyContin, which was aggressively pushed by the company, is being blamed for the widespread opioid abuse crisis and the skyrocketing number of deaths.

Opioids were involved in 47,600 overdose deaths in 2017, more than two-thirds of all drug-related overdose fatalities, according to the Center for Disease Control.

The lawsuits against Purdue, the maker of OxyContin, are coming from local and state officials across more than 20 states in the United States.

The Sackler family's money transfers bolster allegations by New York and other states that the Sacklers worked to shield their wealth in recent years because of mounting worries about legal threats.

As part of the settlement with authorities, Purdue is likely to soon file for bankruptcy protection.

But New York and other states have promised they will continue to pursue the Sacklers, alleging that family members drained more than $4 billion from the company over the past 12 years.

The family has used a complex chain of companies and trusts to control their holdings, some located in offshore tax havens.

The Sacklers had an estimated net worth of $13 billion as of 2016, making them one of the richest families in the US, according to Forbes magazine.

In its filing Friday, New York told a state judge that the only way it can determine the full extent of those transfers is if all those it has subpoenaed are forced to provide documents detailing their interactions with the Sackler family.

"While the Sacklers continue to lowball victims and skirt a responsible settlement, we refuse to allow the family to misuse the courts in an effort to shield their financial misconduct," New York Attorney General Letitia James said in a statement.