Online only for standard German encyclopedia

A standard German-language encyclopedia used for 200 years has been declared terminated - in print at least. The publishers of Brockhaus say online updating by numerous experts and scientists will continue. 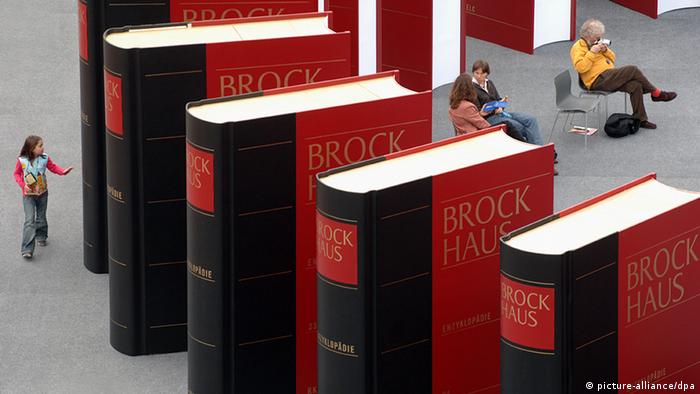 Brockhaus, the printed German equivalent of the Encyclopedia Britannica, was deemed a thing of the past on Sunday. Its publisher, a subsidiary of Bertelsmann, quashed, however, rumors of a complete end, saying online updates would continue.

The subsidiary Wissensmedia [translated as Knowledge Media] said "for still some years to come" its editorial team in Gütersloh in northern Germany would draw on "numerous" experts and scientists as authors.

The media giant had signaled the demise of the printed Brockhaus a year ago, and on Sunday the subsidiary Wissenmedia said, "There are no more issues in the warehouse."

"From now on Brockhaus is only available as used copies [from owners] or just online," it said.

In February, Bertelsmann ceased deliveries of remaining print copies to the retail book trade, which once accounted for 85 percent of earnings from Brockhaus, but left open the question on whether it would continue to electronically update the collection.

On Sunday, the publishing house confirmed that the 300,000 articles in Brockhaus would "be further updated" for signed-up customers.

These include schools, universities, commercial enterprises and repositories such as the Bavarian State Library.

Over 200 years, Brockhaus came to be widely regarded as "the" standard reference work worldwide among German-language speakers - also in Austria.

It originated in Leipzig as a "conversational lexicon" published in the late 18th century by Renatus Gotthelf Löbel and Christian Wilhelm Franke - parallel to encyclopedias in other languages. 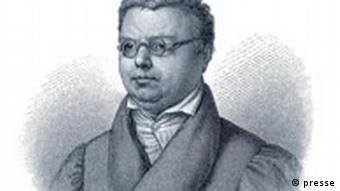 The encyclopedia owes its name to Friedrich Arnold Brockhaus

Friedrich Arnold Brockhaus bought the rights to publication in 1808. He edited the second edition. His two eldest sons and other experts went on to compile later editions.

In 2008 the-then owner Brockhaus AG said it would launch an online version but that project was put on ice. Shortly afterwards, the giant publishing concern Bertelsmann bought the title Brockhaus.

A spokesman for Bertelsmann-Wissensservice said on Sunday internet portals such as Wikipedia had made life increasing difficult for printed encyclopedias.

Britannica's owners stopped print production in 2012, but continued with the digital versions. Britannica began life in Edinburgh, Scotland, in 1768.

A YouGov survey found that among British people 83 percent regarded the Britannica as their most reliable source of information. 64 percent trusted Wikipedia, while 45 percent trusted newspapers such as The Times and The Guardian.

The German encyclopedia publisher Brockhaus said it would place its reference works on the Internet to offset falling revenues. Unlike popular reference work Wikipedia, it will be ad-sponsored and professionally edited. (13.02.2008)