The British government has put a further 3,500 military personnel on standby for the 2012 Olympics, bringing the total to around 17,000. A security contractor's inability to deliver what it promised prompted the move. 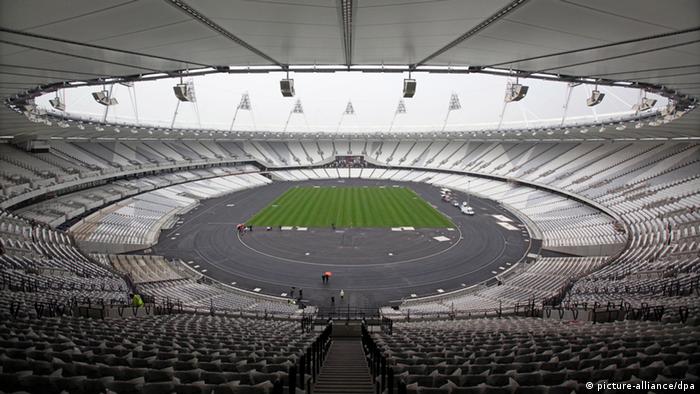 Home Secretary Theresa May came under fire in parliament on Thursday after announcing that another 3,500 troops would be put on standby to make sure that security services were equipped for the Olympic Games. Roughly 13,500 military personnel had already been mobilized.

"I can confirm to the House that there remains no specific security threat to the Games and the threat level remains unchanged," May said. "And let me reiterate that there is no question of Olympic security being compromised."

A private security contractor, G4S, had been hired to provide in excess of 10,000 security guards for the Games, but it issued a statement calling the Olympic deployment "unprecedented and very complex" and saying it had encountered delays when processing applicants. May told parliamentarians in Westminster that the "absolute gap in numbers was only crystallized" one day earlier.

An opposition Labour party MP with internal security responsibilities, Keith Vaz, was highly critical of May and G4S alike.

"G4S has let the country down and we have literally had to send in the troops," Vaz said, also asking whether the group would now face financial penalties for the apparent shortfall.

The Olympic opening ceremony takes place in London on July 27. The British government has been trying to provide satisfactory levels of security, especially for visiting dignitaries and potential terror targets, without spoiling the atmosphere of the event.

It is the country's largest peacetime security operation ever, with some 23,700 security staff earmarked to protect the various events. The 17,000 military personnel now on standby contrasts with the roughly 9,500 British troops currently serving in Afghanistan.

A parliamentary committee for intelligence and security affairs on Thursday submitted a report saying that the Games had put "unprecedented pressure" on the country's spy agencies. The committee said security agencies had been forced to freeze holidays and non-essential staff moves, while also increasing working hours for staff.

"All these [measures] increase capacity to deal with the greater flows of intelligence, but they have been described to us as 'having quite a significant impact' and being 'very difficult for some people'," the report said.

The Olympic Village opens its doors on Monday.