Four-time Olympic champion Sir Mo Farah has released a video on Instagram showing him being "racially" harassed by Munich airport staff. Farah is seen being pushed towards the departure gates by an airport officer. 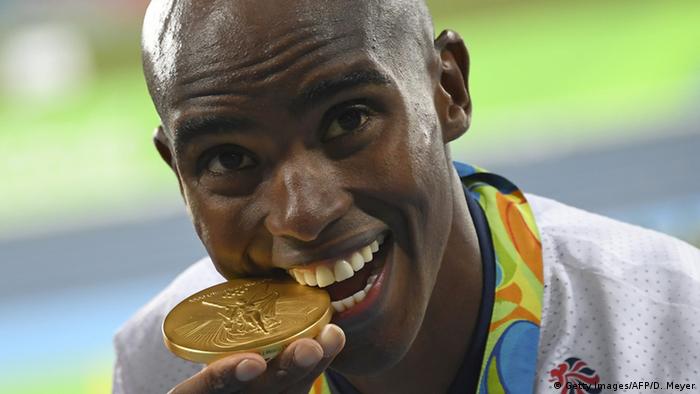 Sir Mo Farah, the British four-time Olympic gold medal winner, said on Tuesday that he was the victim of "racial harassment" while traveling through Munich airport.

Farah filmed his altercation with a Munich airport officer on Instagram Live. The clip appears to show the officer pushing Farah towards the departure gates.

Read more: How people of color experience living in Germany

"The guy is touching me up like crazy. Pure harassment. Pure, pure, harassment," Farah said in the video. The official replies: 'I can touch you. Go to the gate, go to the gate.'

The 34-year-old Somalia-born runner later posted the video on Twitter with the caption "Sad to see racial harassment in this day and age. 2018...!!!!"

In a statement released to the UK's Press Association, a spokesperson for Farah said: "This afternoon there was an incident at a German airport whilst Mo was travelling back to his training camp in Ethiopia. Mo felt that the incident was racially motivated and that he was unfairly treated by the airport security staff."

There was no evidence of explicit racial abuse in Farah's video.

The Olympic athlete was reportedly on his way from Munich to Ethiopia to prepare for the London Marathon on April 2.

Farah won the inaugural Big Half race in London on Sunday, completing the half marathon in 61 minutes and 40 seconds.

Farah is one of Britain's most successful all-time Olympians, winning gold in both the 5,000 and 10,000 meters at the 2012 and 2016 Olympic Games. He was knighted in 2016 following his victories at the Games in Rio de Janeiro.