Being Black: Still a multi-front struggle

A particular excerpt of the DW documentary "Afro.Germany" went viral: the touching testimony of one of the oldest Afro-Germans born in Berlin. Here's what can be learned from social media users' hundreds of reactions. 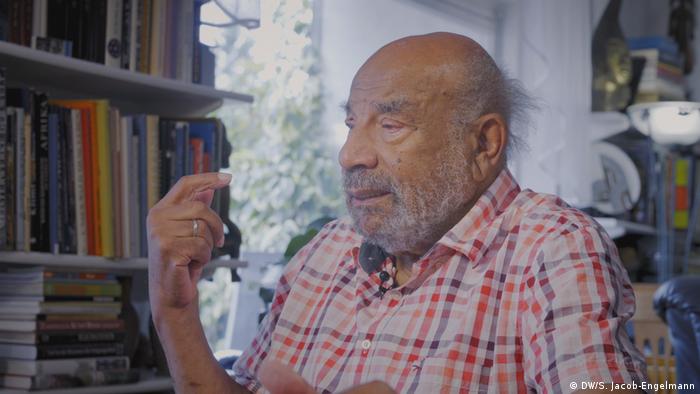 "I am an African - I didn't even know Cameroon and Togo were German colonies," said one social media user, reacting to an online video clip about the life and times of Theodor Wonja Michael, one of Germany's oldest contemporary witnesses.

The clip is an excerpt from "Afro.Germany," a documentary project by Deutsche Welle, which aims to chronicle the diversity of Black experiences in Germany and challenge the historical amnesia surrounding Germany's colonial past.

The video narrates Michael's extraordinary experiences as a Black person in Germany.

Born in Berlin in 1925, Michael was forced to act in "human zoos" during his childhood. He survived the Nazi era and later became an actor and author.

He is proud of the momentous strides made by the Black German community, but feels as though his Germanness is still questioned by some who perceive Germany as a nation of blond and blue-eyed white people. Exhausted by social inertia, he hopes to see more positive change in Germany.

Having garnered over 2.3 million views, and more than 1,100 comments across various DW social media platforms, Michael's story clearly resonates with people from all over the world. His story has inspired social media discussions about the transnational experience of race, bringing to light the multi-front struggles faced by Black communities in different parts of the world.

The comments - most of which came from people who identified themselves as Black Americans - showed an overwhelmingly positive reaction to one particular quote from the video clip: "I am Black - and I wouldn't change it for the world."

Racism picks characteristics over which the victim cannot exercise any control, deeming these differences as "inferior." When the supposed source of one's inferiority is relegated to the realm of biological differences, the experience of otherness can be especially humiliating and disempowering.

As a child, Theodor Wonja Michael was forced to act out racist stereotypes in "human zoos," where visitors touched his hair and rubbed his arm to see if the color would wear off. Displayed like an animal, his humanness seemed unnatural to the visitors who inspected him.

The memory of the zoos still pains him, and one can see why so many people appreciate his pride in something that brought him so many traumas.

Black pride was a major theme in the seminal civil rights movements in the US, and its legacy can be observed in the contemporary expressions of Black identity, from Beyonce's Super-Bowl homage to the Black Panthers, to the virtual applause inspired by Michael's words.

Devised as a response to the perceived supremacy of white culture, Black Pride movements encouraged Black Americans to reemerge from the historical oblivion imposed upon them, by taking pride in their African heritage. The donning of Kente cloth and the adoption of natural hairstyles became common expressions of Black pride during this time - a topic that the documentary film explores in greater detail.

However, subsequent analysis by researchers such as E. P. Johnson, has drawn attention to the more troubling implications of Black identity politics.

Black pride can inadvertently promote the problematic notion of Black authenticity - that is to say, it can construct an image of the the "real Blacks" and the "real" Black experience, to which the individuals must conform and relate. This line of thinking can hinder efforts geared towards separating identity from race.

For example, one commentator insisted on referring to Michael as "mixed-race" and denounced the acceptance of "trans-racial crap." 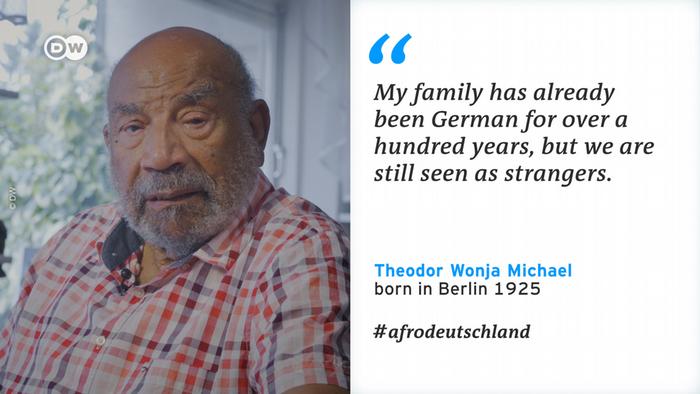 Race does not define us, but it does influence our experience of the world. Needless to say, "Black" includes a spectrum of peoples whose experience of race varies depending on the interaction of other factors, such as class, culture, gender, nationality, etc. For many people, race is not a black and white issue, but a multi-front struggle for inclusion in their "own" communities.

"My mother was French, my father was American [...] Being light skinned, I fought blacks because I wasn't dark enough. I fought whites because I was colored. Fought Spanish, Puerto Ricans because they said I was a 'wanna be' and fake," said one commentator.

An acceptance of such inter-sectional experiences can help us understand racism in a more nuanced way, as demonstrated in an exchange in which one American person expressed disbelief at the mistreatment of Black Germans, and another commentator, who explained how one's nationality can change the way their race is perceived.

Differences can cultivate emphatic instincts in us, but they can also inflict us with unnecessary shame - and in worse cases, an embittered and intolerant worldview.

Some of the more unpleasant comments about the video underscore the need to assert feminist perspectives in struggles of emancipation.

Such perspectives are habitually sidelined in mainstream discourse, as demonstrated in some of the obscene, testosterone-fueled comments offered by some social media users. Such comments highlight the additional challenges Black women face in their own struggles for emancipation.

The unpredictable trajectory of history

In 1965, James Baldwin, the late civil rights era writer and social critic, asked a simple but powerful question: Why, after 400 years of history, was the freedom and citizenship of Black Americans still a political question-mark?

History has brought us many surprises - some encouraging, some disappointing. No matter what one thinks of Obama, it was heart-warming to witness a Black family enter the White House. The fact that we now face a future dominated by Trumps, Farages and Le Pens is a sobering reminder of the work that still needs to be done.

The arrow of history follows an unpredictable and volatile trajectory - Baldwin was aware of this, which is why he didn't want trophy-Presidents. Instead, he asked for real socio-political change, and he knew that such a change would not be possible until one fundamental demand was met: The American people, he said, had to accept, "for all sakes," the history of Black peoples. 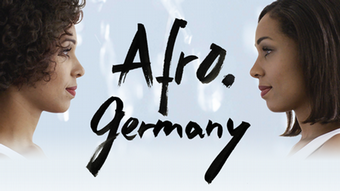 The interview with Theodor Wonja Michael is part of the DW documentary "Afro.Germany," available online

Black communities have lived on German soil for almost 400 years, and for many of them, Baldwin's assertion remains tragically relevant to this day. The documentary "Afro.Germany"is an attempt to bring their histories to light and demonstrate the many challenges they face in asserting their equality.

Black people face challenges to be heard as individuals. It is not just the bigots and racists who try to silence them. Seemingly well-meaning people can also be culpable. As one commentator pointed out, expressions of Black experiences are often dismissed as overreactions by narcissistic liberals.

The crisis of liberalism, and the rise of right wing populism in Europe and the US, has invalidated such claims, opening the space for new discussions.

Given the anonymous filth one expects to find in online discussions, the social media conversations inspired by Michael's story were surprisingly civil and sympathetic. This is perhaps an encouraging sign that people who belong on the same side of history are realizing the importance of listening to each other.

You can watch the documentary here :http://www.dw.com/afrogermany

Human zoos: When people were the exhibits

From the German Empire through the 1930s, humans were locked up and exhibited in zoos. These racist "ethnological expositions" remain a traumatizing experience for Theodor Wonja Michael. (10.03.2017)

What is it like to be a black person in Germany? News anchor Jana Pareigis traveled across Germany and met other black people living in the country, including artist Robin Rhode, and rapper Samy Deluxe. (27.03.2017)