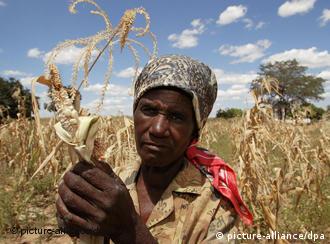 Older women especially bear the brunt of caring for orphans

Recently, the newly formed non-profit Bonn-based group Alten Hilfe Afrika (Elderly Help Africa) held its first benefit event to raise funds to help the elderly in Africa. Lucy Schnurpfeil, a Ghanaian healthcare assistant for the elderly, set up the organization in order to provide some of the service she offerss in her work in Germany.

She aims to train volunteer healthcare assistants who, working with a local hospital in her hometown Wenchi, will visit the elderly in their homes and ensure that they are receiving the care they need.

But as her husband Martin explains, convincing people that elderly in Africa are in need of help is no easy task. The major preconception is that they live happily with their extended families.

"Everybody is just focusing on children, which is important, but old people also need to be rewarded," Martin Schnurpfeil told Deutsche Welle. 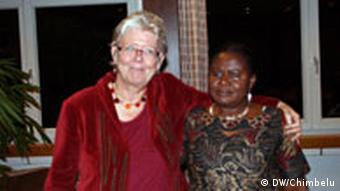 UN MDGs leave out the elderly

The United Nations Population Fund estimates that around 50 million people above the age of 60 account for around five percent of Sub-Saharan Africa's population. In the past, most of them turned to their families for help but that practise is becoming less widespread.

And because, as Nairobi-based Isabella Aboderin, Regional Africa Chair of the International Association of Gerontology and Georiatrics (IAGG), told Deutsche Welle, very few countries have pension systems set up to support the masses of Africans who worked on the land, that makes them vulnerable.

"There is virtually nothing, and with the exception of South Africa perhaps, there are no formal systems in most other countries," Aboderin said.

And development policy debates tend to marginalize issues related to the elderly, she added, noting that the Millenium Development Goals (MDGs) focus on women and children. Aboderin says that what's needed is evidence on how the elderly are contributing to development.

"We need national level evidence," she said, "not just problems but the extent to which older people still contribute to the economy and civic life."

The contribution of the elderly to development is especially important in countries with a high HIV/AIDS prevalence, according to the World Health Organization (WHO).

"Many older people head what are called skip-generation households where the middle generation has died or become very sick from HIV/AIDS," said John Beard WHO Director of Ageing and Life Course.

Around 30 percent of older women in Sub-Saharan Africa head skip-generation households, according to the WHO. In some countries, the figures are even higher. More than four out of ten orphans are cared for by their grandmothers in Tanzania, and in Zimbabwe it is around six in ten. UNAIDS estimates both countries have more than two million AIDS orphans. 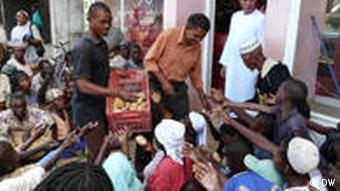 Still, most of them have no access have a pension, and less than one in ten is receiving access to treatment for manageable diseases like hypertension and diabetes.

Lack of political will biggest hurdle

The German Development Cooperation (GIZ) has recognized the well-being of the elderly as a growing issue. Since 2002, GIZ has offered consulting on social security policy as part of its development consulting.

Having elderly who have a source of income in the form of a pension would contribute to development especially when they need to step in to take care of orphans. However, few tangible results have been achieved in Africa at this point.

"Old age protection is a very young sector with the government development cooperation," Christian Pfleiderer GIZ Head of Social Protection Section told Deutsche Welle, noting that the organization's activities also depend on the political agenda in those countries.

Isabella Aboderin hopes the issue will gain momentum during and after the IAGG's first regional congress on aging in October 2012. The event will bring around 300 to 400 policy makers and stakeholders from around the continent. Nonetheless, she believes that there isn't enough political will to deal with the problems facing the elderly at the moment.

"African governments are focusing on other population groups that are central to the key development goals," she said pointing to the MDGs.

It is estimated that by 2050, 9 billion people will have to be fed in the world. Experts fear that global food production can no longer keep up with population growth, and that global conflict could follow. (14.11.2011)

Listen to the Aging Africa report from DW's World in Progress

By 2050, the Middle East and North Africa could be dealing with many more elderly people suffering from dementia. A lack of facilities, specialists and local knowledge means the region is woefully underprepared.

Hong Kong has also started administering its first COVID vaccines as part of a plan to inoculate all adults by the end of the year. Follow DW for the latest.