Okinawans struggle with US military presence | Asia | An in-depth look at news from across the continent | DW | 12.11.2012

Okinawans struggle with US military presence

Tensions in the Japanese prefecture of Okinawa are running high after a spate of incidents involving US servicemen. Residents also say their health is jeopardized by unbearable noise, amid safety fears about aircraft. 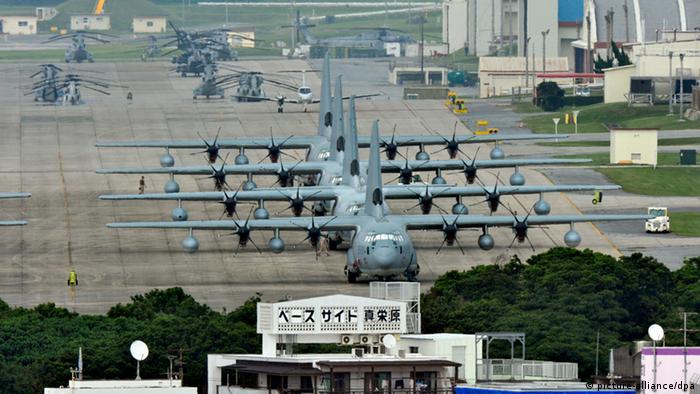 Nearly 1,200 civilians living near the United States Marines Corps' Futenma Air Station, one of the largest US military facilities on the strategically important Japanese island of Okinawa, filed a law suit demanding in compensation for years of unrelenting aircraft noise.

Ginowan has grown up around the perimeter wire of a base that can trace its history back to the US invasion of the islands towards the end of World War II. Residents are now demanding some 470 million yen (5.9 million US dollars; 4.65 million euros) in damages over high noise levels measured since July, 2009.

The amount of noise pollution, the plaintiffs claim, is worse than sitting in a constantly moving underground train. 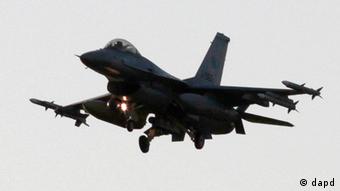 Plaintiffs in the court case say noise, night and day, from the base is damaging their health

The suit, filed last Thursday in the city of Naha, is to run in parallel to another compensation claim that opened in October last year by no fewer than 22,058 people living close to the base, which is home to the US Air Force's 18th Wing and associated units and typically has 90 aircraft based there at any given time. That suit, against both the Japanese and US governments, claimed "explosive noise" pollution is damaging their way of life and health.


"There are 350,000 people living near that base and we are exposed to aircraft noise day and night, as well as the risk of deadly aircraft crashes," said Shusei Arakawa, a former two-term mayor of Okinawa City and the lead plaintiff in the suit, as it got under way.


As upsetting and frightening as it may be, noise from Futenma and the other US military facilities on Japan's most southerly prefecture is just the tip of the iceberg, as far as local people are concerned. And while they have lived with the US presence for decades - local people still consider it to be a form of occupation - recent events have raised resentment to new levels.

On November 6, two US sailors were indicted on charges of raping and injuring a local woman. Seaman Christopher Browning and Petty Officer Skyler Dozierwalker, both 23 and based at the Fort Worth Naval Air Base in Texas, have been accused of attacking and injuring the woman on October 16 in a parking lot in central Okinawa.

Browning has also been charged with stealing about 7,000 yen from the woman and Okinawa police told local media that both men have admitted the charges. 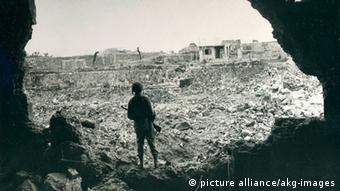 The US authorities expressed anger that two of their personnel had tarnished the reputation of the military in Okinawa and immediately imposed a nighttime curfew on all troops throughout Japan.

A little over two weeks later, another serviceman, who has not been named, broke the curfew to drink at a bar in Okinawa and later claimed he was too drunk to remember entering a third-floor apartment, hitting a teenage boy, kicking a television and falling out of the window, breaking his ribs.


Such is the public anger that some Japanese media are even suggesting that it is time for Japan to renegotiate the treaty covers the US military's presence in Japan.

"Another suspected crime by a US serviceman in Okinawa Prefecture has indisputably demonstrated the need to to revise the Status of Forces Agreement between Japan and the United States," the left-leaning Asahi Shimbun thundered in a recent editorial.

Hirokazu Nakaima, the governor of Okinawa, traveled to Washington in late October to file an official protest with the US government, describing the alleged rape as "extremely regrettable."

Gov. Nakaima also used the meeting to demand that the US transfer the Osprey transport aircraft that were recently deployed at the Marine Corps' Futenma base to other military facilities in Japan or abroad.

Before the first aircraft arrived in Okinawa, there were demonstrations against the deployment on the grounds that the advanced vertical take-off and landing aircraft are unsafe. The US has denied that claim and says early teething problems that the aircraft experienced have been largely solved and that recent incidents involving MV-22 Ospreys were the result of pilot error. 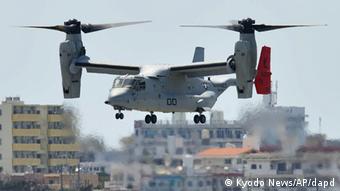 The US says the vertical take-off MV-22 Ospreys are safe, but residents are not so sure

The apologies and explanations that Gov. Nakaima's delegation received in Washington has done little to pacify local people, who will have been encouraged by the announcement by the Japan Restoration Party, a new political grouping that has emerged as a credible threat to Japan's traditional two-party system, that all foreign troops should leave the country by 2045.

That target date has been set out in a draft of the party's campaign pledges for the next general election, which must be held by next summer.

The party has chosen 2045 as it would mark the 100th anniversary of Japan's surrender at the end of World War II.

Amid recent territorial tensions between China and Japan, the US is trying to reassure its allies in the region without alarming China. However, the Pentagon risks missing out on tangible results, writes Richard Weitz. (04.10.2012)

China lashes back at US plans in Asia Pacific

China is worried about the US shifting 60 percent of its warships to the Pacific by 2020 and has asked Washington to respect its interests in the region. US officials announced the plan at a security summit in Singapore. (04.06.2012)

Japan initiated its missile defense system on Friday in response to indications North Korea would go ahead with a planned rocket launch next month. (23.03.2012)