OECD to Crack Down on Tax Havens in Finance Crisis Action | Europe| News and current affairs from around the continent | DW | 19.10.2008

OECD to Crack Down on Tax Havens in Finance Crisis Action

With the world economy feeling the pinch from the financial downturn, many countries have vowed to crack down on so-called tax havens in a desperate bid to shore up their finances. 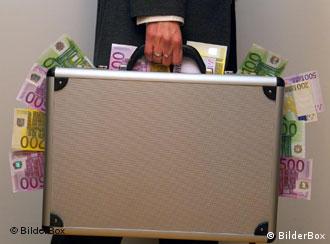 Not such a haven: People who have their cash in tax holes may find them hit by action

After the US and European governments bailed out a number of banks, many politicians are now beginning to question why some of those same financial institutions can continue to operate in countries that encourage tax evasion.

"Is it is normal that a bank that to we guarantee loans to or we allocate our own funds ... continues operating in tax havens," said French President Nicolas Sarkozy last week.

Twenty OECD (Organization for Economic Cooperation and Development) countries will meet in Paris on Tuesday to discuss how they can resolve the question, although the United States will not attend as the presidential election campaign nears its end.

The countries will publish an open letter in which they will underline their wish to crack down on tax havens.

Tax havens are countries with a tax structure established to allow wealthy individuals or companies to pay less or even no tax. They attract overseas investors because money can be parked there with a high level of secrecy and protection from international tax investigators.

Liechtenstein has particularly come under fire recently for the level of secrecy it awards investors and account holders. The OECD described the small principality earlier this year as "uncooperative". 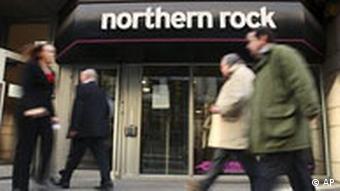 Germany is pursuing a number of its nationals, including the former head of the German postal service, for unpaid taxes after they sheltered their assets in Liechtenstein financial institutions.

According to the lobby group, Transparency International France, there are approximately 50 tax havens worldwide in which more than 400 banks, two-thirds of hedge funds and two million top corporations have stashed some 10 trillion dollars of financial assets -- four times France's gross domestic product (GDP).

The meeting has been scheduled for sometime, but the financial crisis has brought a great sense of urgency to the meeting. " 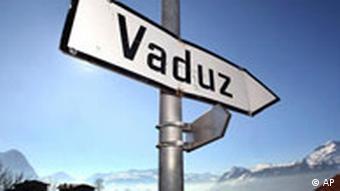 This way to your tax haven...but for how long

While they are not the cause of the crisis, for Christian Chavagneux, author of a book on the subject, the offshore centers allowed banks such as Britain's Northern Rock or the US investment bank Bear Stearns to hide their losses.

They also affect the system's stability as they play host to most hedge funds, many of which are based in the Cayman Islands. These non-regulated speculative funds have been selling their assets in the past two weeks, owing to the fall of the stock markets and raw materials prices.

The political climate no longer favors turning a blind eye to them.

"France and Germany have always been hostiles to tax havens. If Barack Obama is elected, times are going to get very hard for them," Chavagneux told reporters.

Taking the opposite approach to US President George W. Bush, the Democratic candidate had made the fight against tax havens a key part of his campaign.

Judges in Bochum on Friday handed a two-year suspended prison sentence to a 66-year-old real estate tycoon in the first case brought to justice in Germany in connection with a major Liechtenstein tax evasion scandal. (18.07.2008)

The EU is in agreement that it must quickly take steps to close loopholes that allow tax evasion. But its member states disagree on how. (04.03.2008)