US President Barack Obama has declared climate warming as a fact backed by science that requires global action "before it's too late." Environmental groups say carbon emission cuts sought by Obama are long overdue. 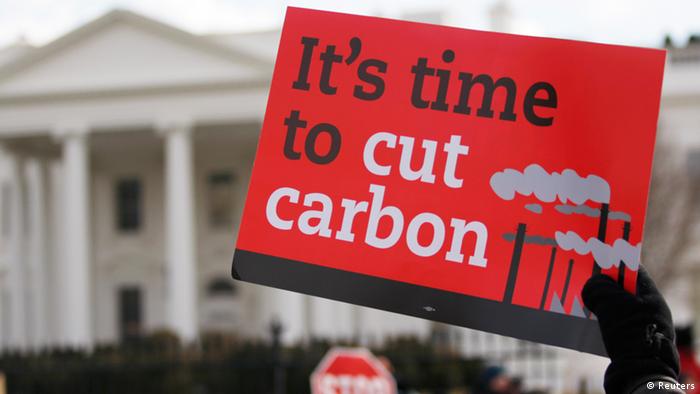 President Barack Obama outlined a US plan to tackle climate change on Tuesday, saying scientists concur that the atmosphere is warming and that human usage of fossil fuels contributes to it. He cited recent weather disasters.

"The question is not whether we need to act. The overwhelming judgement of science, of chemistry and physics and millions of measurements has put all that to rest," Obama told students during his speech on energy policy at Georgetown University in Washington.

He described 2012 as the warmest year in human history, which parched farmlands in the US heartland.

"As a president, as a father, and as an American, I am here to say, we need to act," the president said.

He told students that he refused "to condemn your generation and future generations to a planet that's beyond fixing."

Obama added that he had no patience for climate change deniers, including many Congress members who question findings and fear economic impacts of policy changes. His aides added that he would use his executive powers to bypass Congress.

"We don't have time for a meeting of the Flat Earth Society," he said. "Sticking your head in the sand might make you feel safer, but it is not going to protect you from the coming storm."

Obama also reiterated a goal of reducing US carbon pollution by three billion metric tons by 2030. That's equivalent to more than half of the annual carbon pollution from the US energy sector.

Obama said a planned oil pipeline from Canada to Texas called the Keystone XL project should only be approved if it does not "significantly exacerbate" emissions of carbon dioxide blamed for atmospheric warming.

"The net effects of the pipeline's impact on our climate will be absolutely critical to determining whether this project is allowed to go forward," Obama said.

Environmental activists have demanded that the Obama administration not approve the pipeline, which would carry oil from controversial tar sands from the Canadian province of Alberta.

A senior spokesman for the Washington-based Center for Biological Diversity, Bill Snape, said what Obama was proposing "isn't big enough, and doesn't move fast enough, to match the terrifying magnitude of the climate crisis."

Republicans accused Obama of waging a "war on coal" that would slap onerous regulations and unreasonable environmental targets on power stations.

A spokesman for the International Institute for Environment and Development climate change group, Saleemul Huq, said the problem was much bigger.

"The world is now headed towards a 4-degree temperature rise by 2100, unless more drastic actions are undertaken on mitigation by all countries including the United States," said Huq.

Last week, a World Bank report warned that severe hardships from global warming could be felt within a generation, including widespread food shortages, unprecedented heat waves and intense storms.

Visiting oil producer Kuwait on Tuesday, US Secretary of State John Kerry said the US was taking "decisive action at home" after being widely accused of inaction.

Turkey and Greece hit by severe earthquake 54m ago

US election: Most Europeans would vote for Joe Biden 3h ago