A day after the US administration admitted that a fourth US citizen had been killed by a drone strike, President Barack Obama has promised greater transparency in the notoriously secretive and morally dubious program. 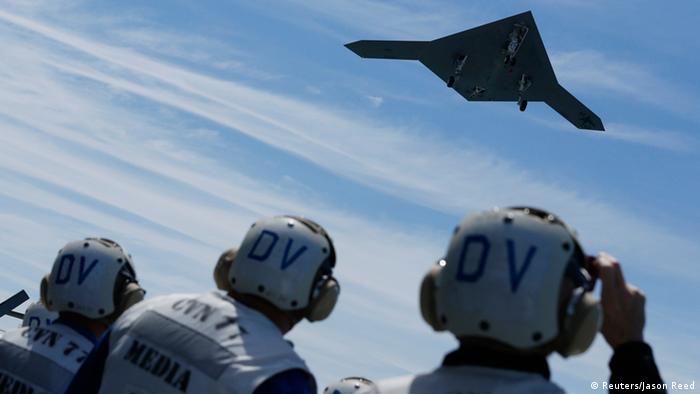 In a major policy speech at the National Defense University the US president said his administration was willing to consider accepting increased oversight of lethal drone strikes outside of war zones like Afghanistan.

"To say a military tactic is legal, or even effective, is not to say it is wise or moral in every instance," Obama said. "And before any strike is taken, there must be near-certainty that no civilians will be killed or injured - the highest standard we can set."

The speech comes in the wake of an admission by Attorney General Eric Holder that a fourth US citizen - Anwar al-Awlaki, born in New Mexico - had been killed by a missile launched from an unmanned plane in Yemen in September 2011. He said that officials "appropriately concluded that [Awlaki] posed a continuing and imminent threat" to the US. 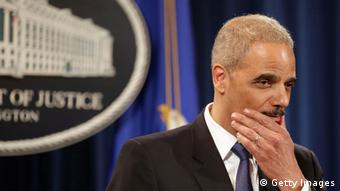 The killings of three other citizens in counter-terror operations since 2009 were known beforehand, but the admission - made by the attorney general in a letter to Senate Judiciary Committee Chairman Patrick Leahy - appears to have been timed to highlight the US government's bid to make the drone program more transparent.

All in all, the Bureau of Investigative Journalism has recorded 368 drone strikes in Pakistan, and between 46-56 confirmed strikes in Yemen, the vast majority of which have taken place under the Obama administration.

The measures Obama outlined are all part of the "presidential policy guideline" which the president is also due to sign this week. This policy document is supposed to limit the use of drone strikes - each of which the president has to approve personally - in countries that are not overt war zones.

More than a sop

These rules are meant to be long-term. "It is [Obama's] belief that there need to be structures in place that remain in place for successive administrations,'' White House spokesman Jay Carney said Wednesday, so that counter-terrorism policy is "conducted in a way that ensures that we're keeping with our traditions and our laws."

"I think it's a significant step, not just a sop," Anthony Dworkin, international law expert at the European Council on Foreign Relations, told DW. "The administration is clearly grappling with the question of drone strikes. It signals a big effort to increase transparency. Up until now the drone program has been excessively secretive." 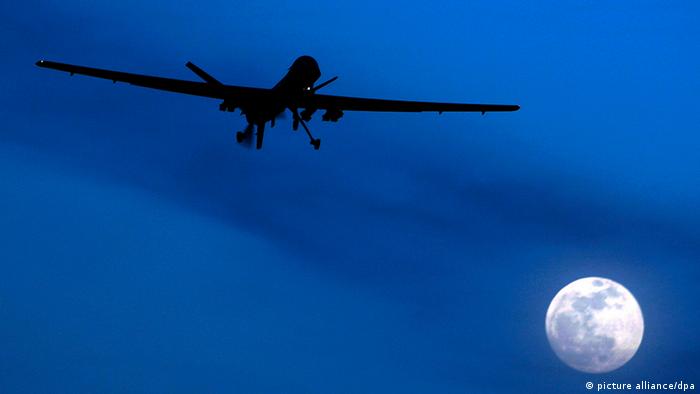 One significant change being made is the policy on targeted killings. Up until now, US drones had been sent to attack and kill anyone who belonged to certain armed groups - including, for instance, low-level insurgents in Yemen fighting the Yemeni government. From now on, strikes may only be carried out in the event of an "imminent threat" to American interests or people.

This directive is seen as a pledge to curtail so-called "signature strikes," where the US would target individuals based on where they were and what they were doing. "So fighters seen simply carrying guns in certain areas would be attacked," said Dworkin.

The move toward greater transparency is also highlighted by an organizational shift. Earlier this week, an anonymous administration official told Reuters news agency that the US military, as opposed to the CIA, has begun to run the bulk of the strikes in nearly all areas except Pakistan.

Pejman Yousefzadeh, a Chicago-based lawyer who specializes in public policy, cautiously welcomed Obama's initiative towards greater transparency, but questioned the efficacy of a new policy. "I don't know if a blanket guideline is going to be as useful as bilateral diplomacy with the countries in question," he told DW. "Some countries may privately welcome US intervention against terrorists, but have to condemn the US in public."

Yousefzadeh is also concerned about accountability. "You can't have a US president's war policy that is completely free of congressional oversight," he said.

To that end, Yousefzadeh thinks Obama would do better to establish a "Federal Intelligence Commission," an independent regulatory agency that would review any targets the White House has identified. Though as commander in chief, the president would still be able to overrule such a commission's findings, he would have to tell Congress he is doing so, making the program much more transparent and subject to a legal process.

Libertarian objections from the right

Obama's move is clearly a reaction to growing criticism of the US drone program - in recent months this has come not only from human rights groups, but also from the libertarian right in the US. Republican Senator Rand Paul on Wednesday (22.05.2013) introduced a bill of his own against governmental intrusion through the use of drones. 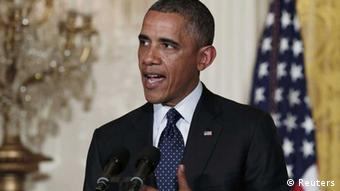 Paul's Preserving Freedom from Unwarranted Surveillance Act is meant to protect personal privacy rights. "The use of drone surveillance may work on the battlefields overseas, but it isn't well-suited for unrestrained use on the streets in the United States," Paul said in a statement.

Though such initiatives are limited to domestic spheres, they reflect other ethical problems with drone strikes, such as the killing of innocents.

According to a report by US think tank the Council on Foreign Relations, "under President George W. Bush, the proportion of those killed by drones in Pakistan who were identified in reliable news reports as civilians or 'unknowns' - people who were not identified definitively as ... militants - was around 40 percent," while under Obama, the civilian and 'unknown' casualty rate fell to around 11 percent in 2012.

"Due to the circumstances in which drone strikes are carried out, it's not always easy to determine how many people have died," cautioned Dworkin. "But for me the biggest objection is the killing of people outside recognized battlefields."