New Zealand police have said they are taking seriously the issue of an "eco-terrorist" threat to poison baby formula. The issue is a sensitive one for Wellington, after a botulism scare last year caused widespread panic. 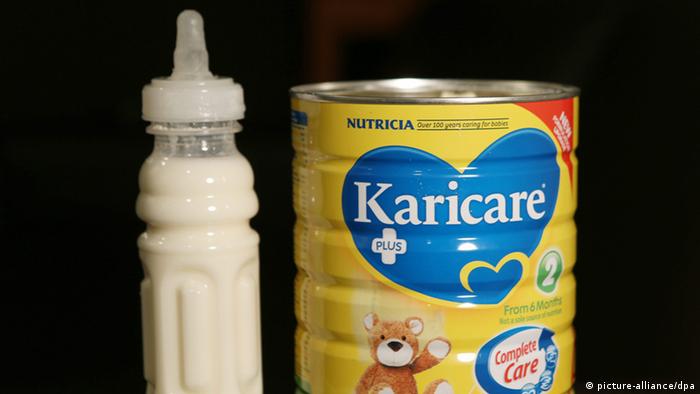 Police said small packages of baby formula had been mailed along with anonymous letters to the National Farmers Federation and the dairy giant Fonterra.

Authorities warned parents to check packaging for signs of tampering, while cans of formula were removed from supermarket shelves.

The letters contained a threat to poison infant formula with the agricultural pesticide 1080, unless New Zealand stops using the chemical by the end of March, police said.

"It's a form of eco-terrorism without doubt," said New Zealand Prime Minister John Key. "We are advised it is extremely unlikely anyone could deliberately contaminate formula during the manufacturing process and there is no evidence that this has ever occurred," Key said. "While it is very likely this threat is a hoax, we as the government have to take it seriously and I can assure you that we are."

New Zealand uses 80 percent of biodegradable 1080 poison produced globally, and many wildlife advocates want it banned. They say the chemical - which is used to control conservation pests peculiar to New Zealand as well as agricultural pests - causes animals a slow and painful death.

"Whilst there is a possibility that this threat is a hoax, we must treat the threat seriously and a priority investigation is underway," said deputy commissioner Mike Clement. 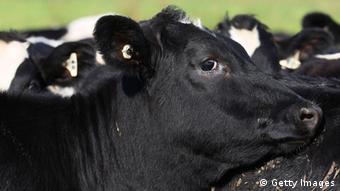 While it's an often stated fact that there are more sheep than people in New Zealand, humans are also outnumbered by dairy cows

New Zealand's Ministry for Primary Industries said more than 40,000 product samples had been tested, with no evidence that any had been contaminated.

New Zealand is still recovering from a false alarm over botulism, with baby formula last year being taken off shelves from China to Saudi Arabia.

'While reputation at risk'

According to Infant Formula Exporters Association chairman Michel Barnett, the industry did not need another crisis.

"This could be extremely damaging for New Zealand's exports offshore," he told New Zealand television channel TVNZ. "Not just dairy, not just milk formula, our whole reputation as an exporter of food is at risk as a result of this nutter."

New Zealand is a major exporter of dairy produce, with infant food being one of the major components. Annual baby milk exports to China alone are worth NZ$3.0 billion (US$2.20 billion, 2.05 billion euros).