A 91-year-old woman has found herself in trouble with a German museum after writing on an exhibit. Part of the avant-garde artwork was meant to look like an empty crossword puzzle. 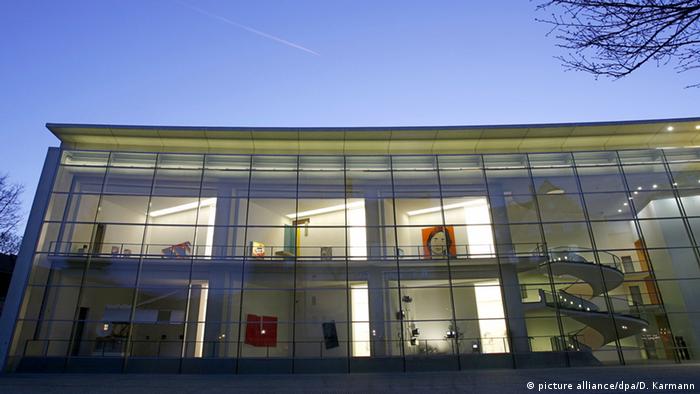 The Neues Museum in Nuremberg has filed a criminal complaint after the elderly woman wrote on the artwork with a ballpoint pen.

The 1965 piece by Arthur Koepcke, titled "Reading-work-piece," includes the phrase "Insert Words" and features a partially filled-in crossword puzzle. After it became known that she had added letters to the puzzle, the woman explained to the museum that she was simply following directions.

Museum spokesperson Eva Martin confirmed the story to the press on Thursday. "The artist had already filled in some of the boxes," Martin said, before adding that the elderly woman had taken the opportunity to fill in some of those he had left blank.

The spokesperson went on to say that it should be clear to all museum patrons that under no circumstances could people write on the artwork. "We can't put corresponding labels on every piece of artwork," Martin said.

Among the words the woman wrote in the puzzle was the English word "wall," according to local news outlet "Nürnberger Nachrichten."

Museum chief Eva-Christina Kraus said she had filed a criminal complaint for insurance reasons, since there was no malicious intent behind the woman's actions. "It's clear to us that the older lady didn't mean any harm," Kraus said.

Police said the woman was being investigated for damages to property. The museum, meanwhile, said the piece could likely be restored.

Koepcke (1928-1977) was part of the Fluxus art movement, which often melded together different media and disciplines, such as poetry, visual art and design.

A Tehran museum director has been linked to caricatures that deny the Holocaust. Works from his museum were to be shown in Berlin this year - in an exhibition meant to symbolize closer ties between Germany and Iran. (22.06.2016)

Located in the heart of Hamburg, the Kunsthalle, one of Germany's most important art museums, will reopen its doors on April 30, after months of renovations. (29.04.2016)