Number of far-right killings in Germany since 1990 revised up

The number of murder cases with a far-right motive since 1990 is higher then previously thought, police data show. The Greens party requested a revision after the killings allegedly committed by the NSU came to light. 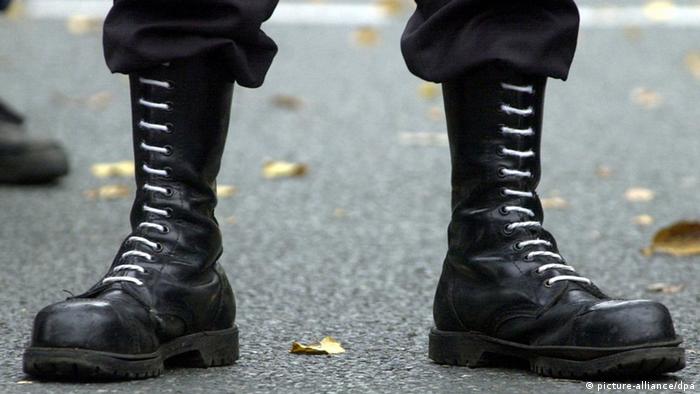 Data released by Germany's Interior Ministry, based on findings from Germany's Federal Criminal Office (BKA) and its state counterparts (LKA) show there have been at least 15 more people murdered by right-wing perpetrators in the last 25 years than previously thought.

Of the 745 cases that were re-examined, there were at least 15 more cases nationwide related to far-right violence, according to the report, which was released on Monday.

In total, there were 69 far-right assaults that resulted in 75 deaths and 145 injuries since 1990. Nine of the 15 additional murder cases announced on Monday occurred in the eastern state of Brandenburg, which had already released state data at the end of June.

The new analysis had been requested by the Greens party's parliamentary group after the 10 killings allegedly committed by the neo-Nazi terror cell National Socialist Underground (NSU) had come to light in 2011.

The Greens have complained about the methods used to collate the data. While Brandenburg made use of information obtained from family members and the general public, other states did not avail themselves of that option, distorting the findings, according to critics.

Lawmaker Monika Lazar told the German daily "Süddeutsche Zeitung" that the government had "crashed into a wall with its eyes open" with regard to the review.

Lazar also criticized the fact that the BKA's review solely focused on identifying cases with an extremist or terrorist background, which she says would exclude many cases with a far-right motive that did not go as far as being classed as "intending to disregard or do away with the constitution."

The Interior Ministry pointed out that the Federal Criminal Office mainly collated data from the individual states and that the methods used in their reviews was up to them.

Attacks against Germany's refugee homes on the rise

The rate of violence perpetrated against refugee homes in Germany in 2015 has already outstripped the whole of 2014. The Interior Ministry has warned that right-wing violence is on the rise in the west of the country. (23.07.2015)