Sales of electric and hybrid vehicles have exceeded half of all new registrations in Norway over the past 12 months. The new record was aided by generous subsidies and privileges enjoyed by EV owners. 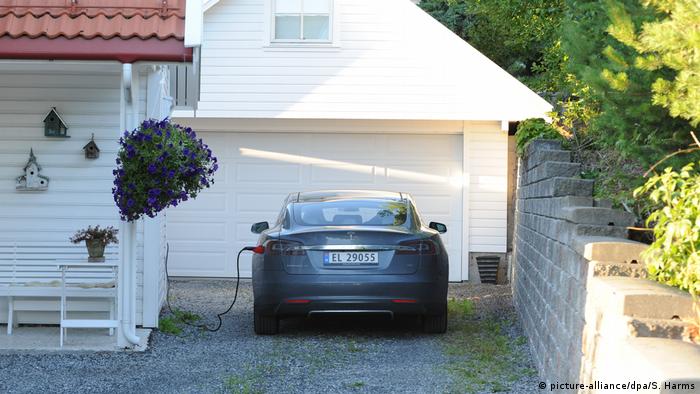 Electric and hybrid vehicles combined accounted for more than half of all new cars sold in Norway last year (52 percent), confirming the country's pioneering role in low-carbon transport.

Zero-emission vehicles, i.e. mainly all-electric as well as a few hydrogen-powered cars, made up 20.9 percent of total sales in 2017, the Norwegian Road Federation (OFV) reported Wednesday.

Norway, the biggest oil producer in Western Europe, has set itself the ambitious goal of selling only zero-emission cars starting from 2025.

Sales of diesel vehicles fell rapidly in 2017 to 23 percent, from 31 percent in the previous year, OFV statistics showed. Some regions in Norway have started to charge higher road tolls for diesel cars than for petrol-driven vehicles.

Unlike diesel and gasoline cars, which are heavily taxed, owners of electric cars benefit from generous tax breaks, making EV purchase prices relatively competitive. Drivers enjoy a number of privileges such as free city tolls, ferries, parking, and recharging in public car parks, as well as having the right to use bus lanes.

Discussing Norway's long-term target, the secretary general of the Norwegian Electric Vehicle Association, Christina Bu, said "the 2025 goal is ambitious... we need to go from a 21-percent market share to 100 percent in seven years, which means we still have a way to go even though the increase compared with 2016 is satisfactory."

Demand for e-cars and hybrid vehicles in Norway so strong that manufacturers have been slow struggling with lengthy delivery times and a lack of models. That should change dramatically by 2025, with Volkswagen having promised that it will have dozens of new all-electric vehicle models on the market by then.