Much of the Earth's northern hemisphere has experienced a partial solar eclipse, as the Moon appears to cover the Sun. In some places, the eclipse was almost complete, with only a ring of solar light visible. For much of the northern hemisphere, the moon at least partially obscured the sun for a few hours on Thursday

A partial solar eclipse was witnessed Thursday from most of northern Europe, much of North America and Asia, including far-east Russia.

The best way to find out when and where what can be seen is via a specialist website such as timeanddate.com. 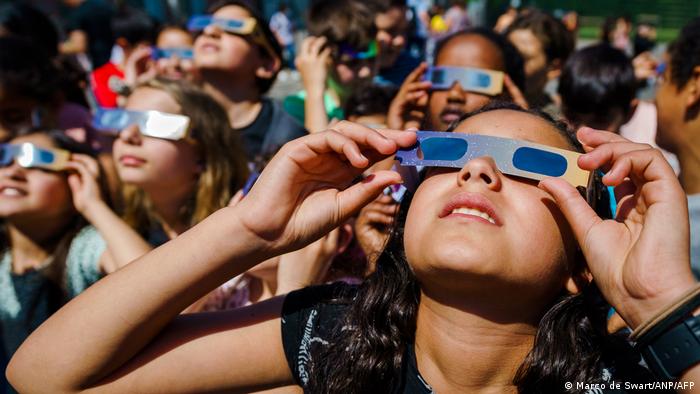 People were advised to wear safety glasses to observe the event, so as not to damage their eyesight

Always remember never to look directly at the sun. Even sunglasses do not offer sufficient protection; however, special eclipse glasses are available.

In most places, spectators only saw a partial eclipse, with the moon taking a bite out of the sun as it crossed. 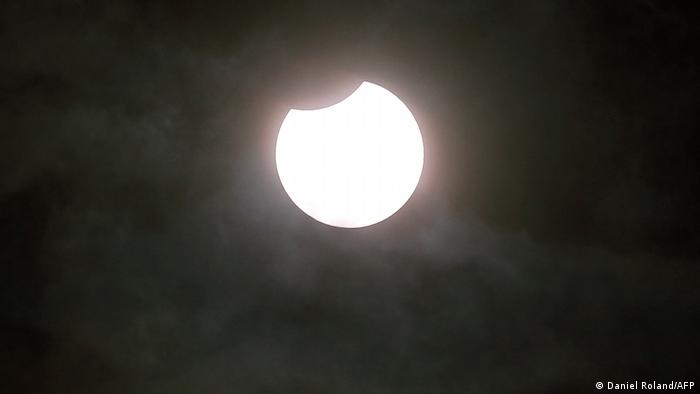 Heidelberg in Germany was one of the southernmost places able to see the phenomenon, albeit with only a very modest chunk of the sun obscured

However, in an arc stretching north from Canada's Ontario to Baffin Island and the northwestern tip of Greenland, over the Arctic and back down to far-eastern Russia, spectators saw an almost-full annular eclipse — one in which a ring of the sun remains uncovered by the dark, smaller disk of the moon.

There was no full blackout of daylight, even in those places, because the moon is currently at too distant a point in its orbit from the Earth to cover the sun completely. In such eclipses, observers see a bright ring — or annulus — around the silhouette of the moon.

The spectacle began in at 08:12 UTC/GMT over the north Atlantic — as the moon started to creep across the face of the sun — and ended at 13:11 UTC/GMT over western China. 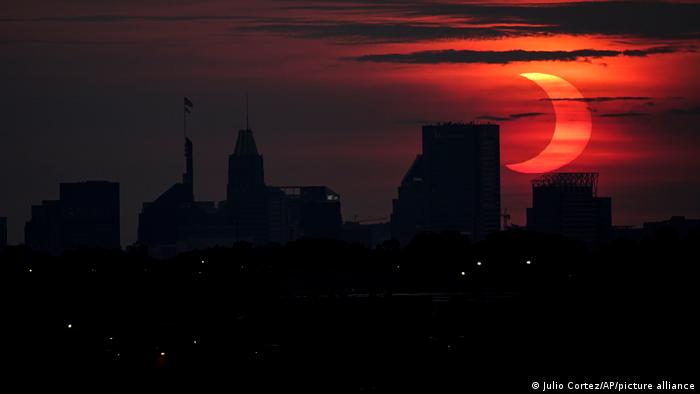 In the north of the US, Baltimore in this case, the eclipse coincided with sunrise