Some of the landmarks of German literary history are to be found in the northern German state of Schleswig-Holstein and its "literary houses." 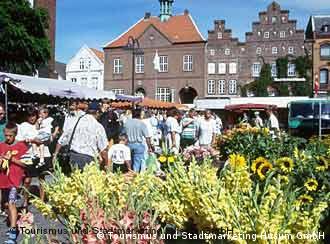 The Storm House in Husum

The fog lies heavy on the roofs,
And through the stillness roars the sea,
Dully around the town

So wrote German poet Theodor Storm (1817-1888) about his birthplace, Husum. In the small city on the north Frisian coast, a small old house marks a place where the writer located so many of his novels and poems.

The furnishings of the Husum merchant houses, in which Storm lived and worked from 1866 to 1880, were often a model for the fixtures in his stories. He set the novel "Viola Tricolor" -- a complex tale of a young woman who marries a much older widower with children -- is set in his living room. The Storm house now looks almost the same as it did in his time, and reconstructed rooms display historical documents, copies of manuscripts and photos from his life. 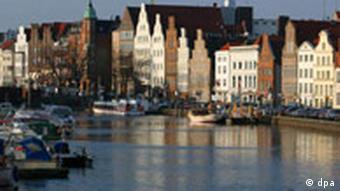 Lübeck still has traces of the Mann family

The Buddenbrook House in Lübeck

Thomas Mann (1875 - 1955) set his book, "The Buddenbrooks," in a historic setting. In fact, he placed the family epic in the buildings where his grandmother lived. In the Buddenbrook House, the line between fact and fiction is spectacularly blurred.

"Visitors are never sure if they are in an exhibition about the Mann family or in the world of the Buddenbrooks," said Hans Wisskirchen of the Lübeck Thomas and Heinrich Mann Center. In Lübeck, Buddenbrook fans can wander through the world of the novel such as the landscape room, the dining room or the column hall. The exhibit also features multimedia clips from theater, movie and television productions based on the novel.

Poetry museums in the Dithmarschen region

Dramatist Christian Friedrich Hebbel spent his childhood in the small town of Wesselburen. The former Kirchspielvogtei parish, where the creator of dramas such as "Judith" and "Mary Magdalene" spent some of his working years, today hosts a museum devoted to him. The lavish permanent exhibition details the writer's life through letters and other writings. 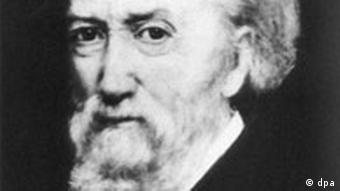 Storm set much of his work in his hometown

Another small town, Heide, invites fans of the poet Klaus Groth (1819-1899) to learn more about one of the most important poets of Low German, through an exhibition in his childhood home. The Groth House, still being completed, also has a collection of Low German works.

Though it was Leipzig's Auerbachs Keller that was among Goethe's favorite haunts, today the city's literary audience is attracted to a number of other underground bars for unconventional book readings. (April 24, 2006)

The key to the success of the Leipzig Book Fair is that there is something for everyone, from works by budding novelists to world renowned authors, comic books and audio books and much more...(March 15, 2006)

Friday marks the 150th anniversary of the death of Heinrich Heine. While Germans long reviled the poet, others have long seen him on par with Goethe as a literary genius. (Feb. 23, 2006)