Friday marks the 150th anniversary of the death of Heinrich Heine. While Germans long reviled the poet, others have long seen him on par with Goethe as a literary genius. 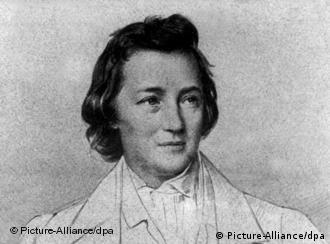 Heine may have mocked his homeland, but he never stopped loving it

Presumably born on Dec. 13, 1797 in Düsseldorf as the son of a Jewish draper, Heine's was named Harry in honor of one of his father's English business partners.

He attended high school in his hometown and studied law in Bonn, Göttingen and Berlin following a failed career as a merchant. Law wasn't Heine's passion, however, as he was already convinced to become a great poet.

In 1825, he was baptized and changed his name to Christian Johann Heinrich. While Düsseldorf didn't have a Jewish ghetto like Frankfurt and Berlin, Heine would not have been able to work as a lawyer if he hadn't changed his religion. But that wasn't the only reason for the conversion.

"Maybe he simply accepted that a German writer -- coming from the tradition of Romantic literature -- needed this Christian background of his larger surroundings," said Joseph Kruse, the director of the Heinrich Heine Institute in Düsseldorf. 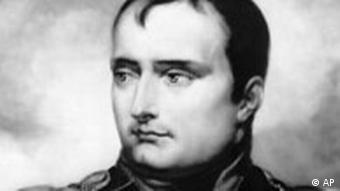 But Heine's horizon wasn't limited to Germany: While still in school, he came in contact with French language and literature after the French occupied the Rhineland. He admired Napoleon and wrote his famous "Grenadiers" poem as the Frenchman entered Düsseldorf in 1811.

Two decades later, Heine went into exile in Paris, where he worked as a correspondent for the Allgemeine Zeitung from Augsburg. He called Germany the "country of oaks and apathy" and only returned for visits. In 1844, he wrote his epic poem "Deutschland. Ein Wintermärchen" (Germany. A winter fairy tale), polemically criticizing the political, cultural and societal state of affairs in his home country. 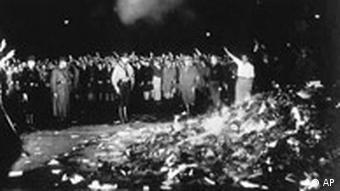 Nazis burned Heine's books at Berlin's Opera Square in May 1933

Heine's works were censored and banned in Germany as a result of his criticism. The cheerful, ironic style he used to observe his times and those around him brought him admires of his poems as well as critics of his polemic writings. While the Nazis included his "Loreley" poem in their collection of national literature, they also burned his books.

"Where they have burned books, they will burn humans in the end," Heine had written in his play "Almansor" (1821).

As a result of his demolition by the Nazis, Heine's reputation in Germany was tarnished long after World War II as old prejudices against Heine -- his Jewish background, his departure from Germany, the poignancy of his political observations -- were passed on from generation to generation.

"His international reputation is much more glorious and long-lasting than his reputation in Germany," Kruse said. "You realize that when you travel to Asia. The Chinese and Japanese, for example, are great admirers of Heine. Eastern Europeans often say that Heine sometimes surpasses Goethe in terms of his influence on national literature."

But today, Heine has claimed his place as a poet of the late Romantic period and founder of modern cultural journalism. 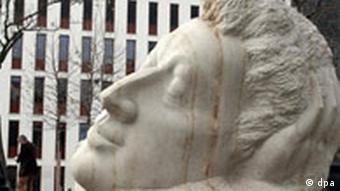 A Heine sculpture at Halle University

Like many other cities in Germany, Düsseldorf has a street and a square that are named after him, there's the Heinrich Heine Institute and a museum. It took until 1989, however, for the university to adopt his name.

"The men in robes (the professors) didn't want such a rebellious spirit," said Carmina Buch, a Düsseldorf city guide, adding that there were big demonstrations and court proceedings before the institution finally became Heinrich Heine University.

Kruse said that Germans wronged Heine, who might have mocked his home country, but always loved the Rhineland and the "friendly and loveable people" that live there.

"There was a big dispute between the French and Germans over who owned the Rhine," Kruse said, adding that Heine always tried to mediate between Germany and France in his writings. "Heine simply said: 'It belongs to me, the free Rhine's free son.'"

"He Was Not Respectful of Other Nations"

While changing tastes in poetry led to a waning interest in Heine in Germany, the writer has been inappropriately chosen as a cosmopolitan poster child, says US Heine expert Jeffrey L. Sammons. (Feb. 17, 2006)

Teaching Germans About Their Jewish Past

Experts say German history lessons are skewed, giving too much weight to the Holocaust and failing to teach kids about the rich heritage of German Jewry, in which Jews were much more than merely the Nazis' victims. (March 24, 2005)

"He Was Quite Cruel in Many Ways"

Germans might struggle with Heinrich Heine because of his merciless depiction of their homeland. But the German author's also simply a lot of fun to read, says an English expert. (Feb. 17, 2006)