According to a South Korean report, dozens of North Korean refugees have chosen to go back home this year. But officials have played down the figures. 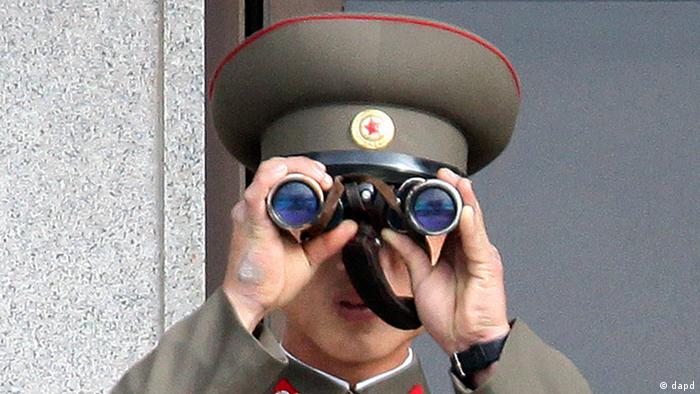 Since the end of the 1950-1953 Korean War, over 20,000 North Koreans have fled hunger and repression in their communist homeland and arrived in the South, mainly via China. Most have come in the past few years.

Although defection is usually punishable by death, Pyongyang has reportedly launched a campaign to lure back refugees. A newspaper report claims that dozens might have been tempted.

A former South Korean politician, Park Sun-young, told the South Korean daily Dong-A Ilbo newspaper this week that 100 defectors had been lured back by the Pyongyang regime since the start of the year.

South Korea's Unification Ministry, the agency that handles inter-Korean relations, does not deny that some defectors have returned to the North, but disputes Park's numbers. On Tuesday, an official at the ministry called her statement "groundless." 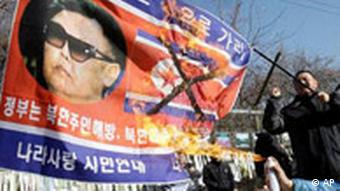 Anti-North Korea protests are not uncommon in South Korea

So far, only two North Koreans are known to have definitely gone back, as their return was reported by Pyongyang's official media. One of the former refugees - Jon Yong-Chol - claimed he was drafted by Seoul's intelligence service to destroy statues of the late ruler Kim Il Sung. Seoul's intelligence agency denied the allegation.

Reasons to go back

Observers in South Korea say that it would not be that surprising that certain North Koreans want to return home. Many of them have a tough time making a living in South Korea due to their lack of education and technical skills.

"If they go back to North Korea with the little money they've earned here, it's an unbelievable amount in the North and they can be richer than they ever imagined," said Kim Seok-hyang, who lectures in North Korean studies at Ewha Women's University in Seoul. 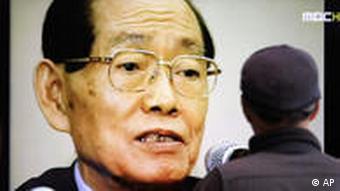 She added that other reasons for wanting to go back included concern for the family, as well as prejudice. She said after six decades of division, there was a cultural gap between the two Koreas, which resettled refugees found difficult to adjust to.

"They are very sensitive and if they don't understand what South Koreans are talking about, they often feel discriminated against. And if North Korean officials are promising to be generous to you if you come back, it makes all the risks of returning seem worth it."

Some refugees believe the two who have returned might have cut a deal with Pyongyang to ensure their safety as well as that of their family.

"They have probably agreed to work with the regime in its propaganda attacks against South Korea," said a defector who works for an anti-Pyongyang group in Seoul.

Others were worried that their lives could now be in danger if the North Korean government learns of their activities in South Korea.

But one defector who arrived in 2005 thought these concerns were exaggerated: "I am not concerned. The people who went back didn't know any sensitive information about groups like ours. I am not worried that Pyongyang will send spies to kill us."

North Korean leader Kim Jong Un has been promoted to marshal, making him the highest ranked official in the military. The move completes his control over the country's state and military. (18.07.2012)

North Koreans living in South Korea say the North's military program is responsible for the country's poverty and hunger and they fear their countrymen in the North will not even find out the mission failed. (13.04.2012)

Human rights groups meet in the South Korean capital Seoul to call on the UN Human Rights Council to open an inquiry of investigation into North Korea's prisons, where they say abuse is rampant. (03.04.2012)